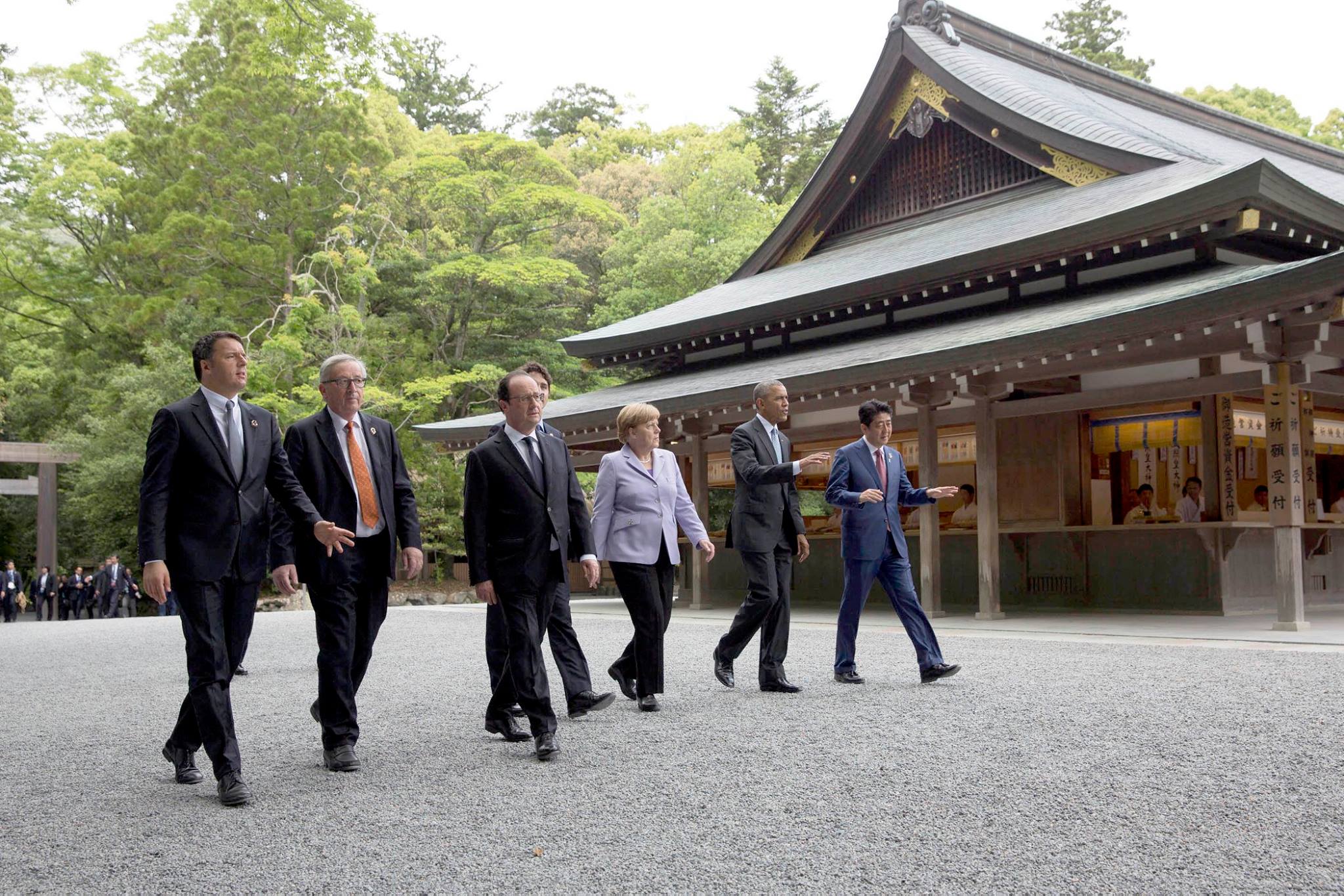 Global leaders from the world’s seven largest industrial powers agreed for the first time this week to act to reduce short-lived climate pollutants, a move that could significantly slow the rate of global warming.

Meeting at the G7 Summit in Ise-Shima, Japan, global leaders reiterated their commitment to the Paris climate agreement and, for the first time, added support for acting quickly on short-lived climate pollutants (SLCPs), which include black carbon, methane and hydrofluorocarbons.

UC climate researchers, including noted atmospheric scientist Veerabhadran “Ram” Ramanathan of the Scripps Institution of Oceanography at UC San Diego, who has been one of the most vocal proponents of action on SLCPs, hailed the agreement.

Although carbon dioxide (CO2) remains the single largest contributor to climate change, curbing SLCPs can have an immediate impact on global warming, Ramanathan and others said. That’s because SLCPs are major contributors to global warming but remain in the atmosphere for much shorter periods of time than CO2. They can be eliminated in just days or weeks.

“The good news is that because they have such short lifetimes, you can ameliorate their actions in the earth’s atmosphere very quickly,” said William Collins, director of the Climate & Ecosystem Sciences Division at Lawrence Berkeley National Laboratory.

In essence, by mitigating SLCPs now, global leaders can buy the world time to put in place longer-term strategies for reducing CO2, a more difficult challenge both technologically and behaviorally.

SLCP emissions can be cut back quickly using existing technology and regulatory mechanisms that have proven effective for other climate pollutants. The Montreal Protocol, which has already successfully curbed some climate pollutants, appears likely to be amended to include restrictions on hydrofluorocarbons in 2016, a move supported by the G7 leaders.

Globally, if methane emissions are cut by 50 percent, black carbon by 90 percent and HFCs fully eliminated by 2030, global warming will be cut in half by 2050 – and there are additional side benefits.

Air quality would be improved, for example, bringing with it major public health benefits.

Global leaders, in an agreement released Friday, recognized the value of acting quickly on SLCPs.

"Bending the Curve" with SLCPs

It was the first report to clearly show how SLCPs fit into the overall global agenda for climate change mitigation and to stress their importance in an integrated strategic approach.

“The attractive part to policy makers is that the cooling effect of SLCPs will show within 10 years of implementation, compared with CO2, which will take three to four decades,” explained Ramanathan.

This quick action from eliminating SLCP emissions has long-term benefits for the planet, as well as for the scientists and policymakers who are pressed for time.

“By decreasing warming by 50 percent – about 0.6 degrees Celsius – it gives our engineers and technology experts an additional 25 years to bring the planet to carbon neutrality,” said Ramanathan, noting that slowing global warming is essential to avoid catastrophic changes, including sea level rise, extreme weather events, and diverse global health impacts.