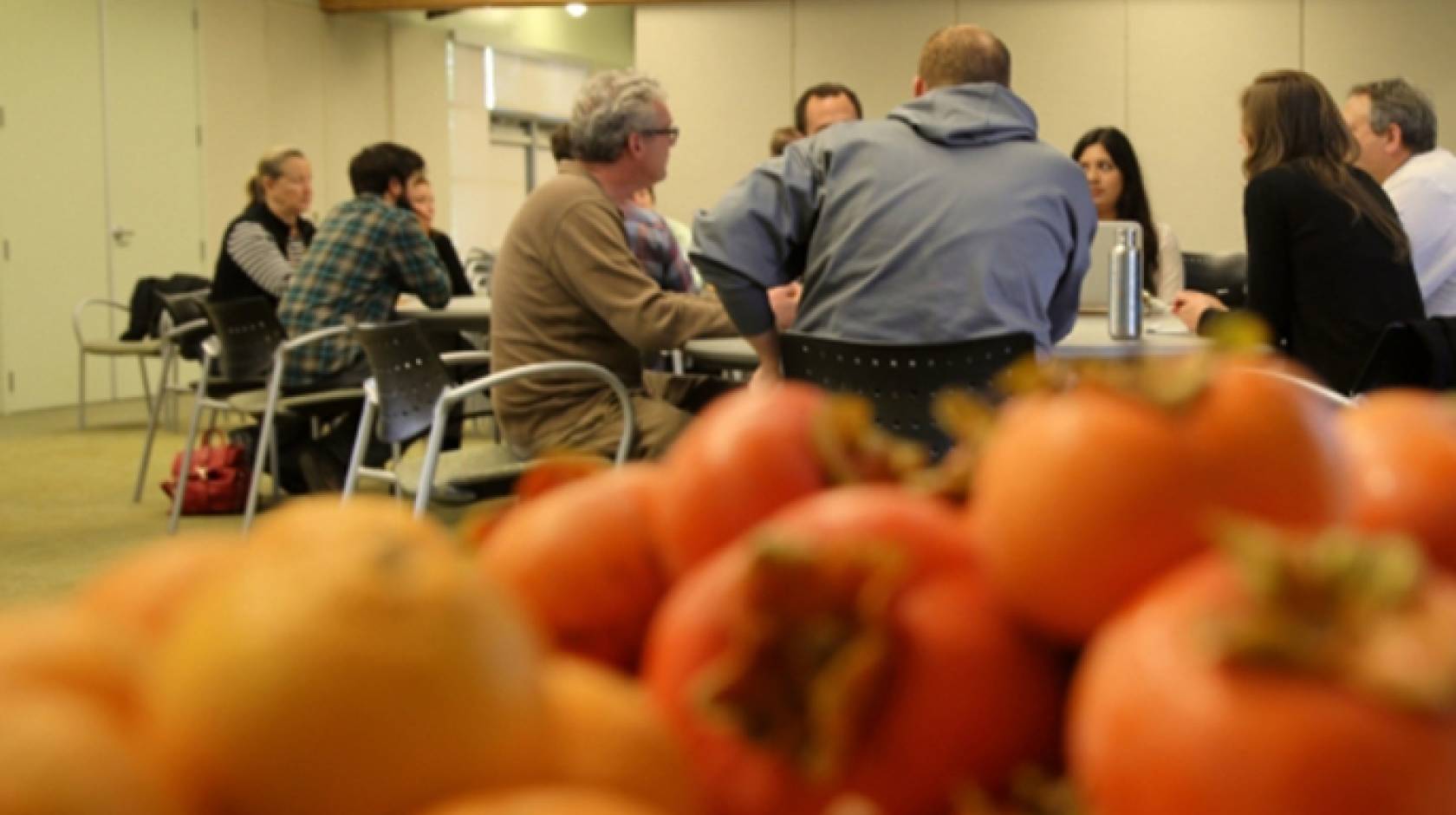 With the goal of sharing lessons learned and helping to build a toolkit for other campuses to employ, UC Santa Barbara is partnering in a systemwide effort to foster closer connections with California farmers. Such ties are seen as a win-win, offering support to small, regional growers hoping to do business with the UC and, in turn, boosting the ability of campuses to procure more local, sustainable and organic produce.

The nascent endeavor to cultivate working relationships with farmers is among the many ongoing projects that comprise the UC Global Food Initiative. Unveiled by UC President Janet Napolitano in July, the Global Food Initiative will harness the system’s collective excellence in research, outreach and operations in a sustained effort to develop, demonstrate and export solutions — throughout California, the U.S. and the world — for food security, health and sustainability.

This week, several staff members of UC Santa Barbara's sustainability, housing and dining services teams, and a handful of their counterparts from UC Merced, convened for a collaborative discussion about the challenges and opportunities of growing closer ties with local farmers. The meeting also included representatives from Harvest Santa Barbara, a regional produce distributor, and some area farmers themselves.

“At UC Merced, we are probably where UCSB was eight to 10 years ago in terms of identifying we have a fantastic opportunity, with these amazing resources all around us,” said Jason Souza, director of dining services for the still-young Merced campus. “But how do we make those connections? It makes good sense to do it — most all the UCs are somewhere near serious ag land. This is California, after all. So how do we cultivate relationships with small growers in a way that is beneficial for everyone?”

The challenges of procurement, menu planning, quality control, outreach and education, even behavioral change, were among the many issues on the table at the UCSB-hosted brainstorming session that culminated in a tour of Harvest Santa Barbara’s warehouse not far from the campus. Working with farms across the region, the homegrown operation supplies UCSB with much of its local and sustainable produce.

“It’s a huge honor for us to be in this relationship with UCSB and we’re very grateful to be part of this conversation about the Global Food Initiative,” said Jasper Eiler, Harvest’s owner-operator. “The dream, I think, is that if all the UCs could coordinate their crops. They could all have different menus — there are a million different ways to use carrots — but if they coordinated their crops, that could be really compelling for a lot of small farmers.”

Though not considered an agricultural school in the traditional sense, UC Santa Barbara is a natural leader in the push to boost sustainability — and health — by buying and promoting local and organic crops. The campus is in the top of the class when it comes to such practices.

Food wasted in the dining commons has been cut by more than 50 percent since the facilities went “trayless” in 2009, a move that has also saved some 1 million gallons of water and benefitted student nutrition by promoting better portion control. Today, every ounce of unconsumed food is composted; the campus earlier this year received its first load of soil created entirely from its own composting efforts.

“For UC Santa Barbara to take a leadership role in this aspect of the UC Global Food Initiative is very exciting,” said Katie Maynard, sustainability coordinator based in UC Santa Barbara's geography department and key campus staff member working on the Global Food Initiative. “This is a great opportunity for us to build on successes that we have had in the past, to share our own best practices with our colleagues and collaborators across the UC system, and to be part of something at the statewide level that could have global impact.” 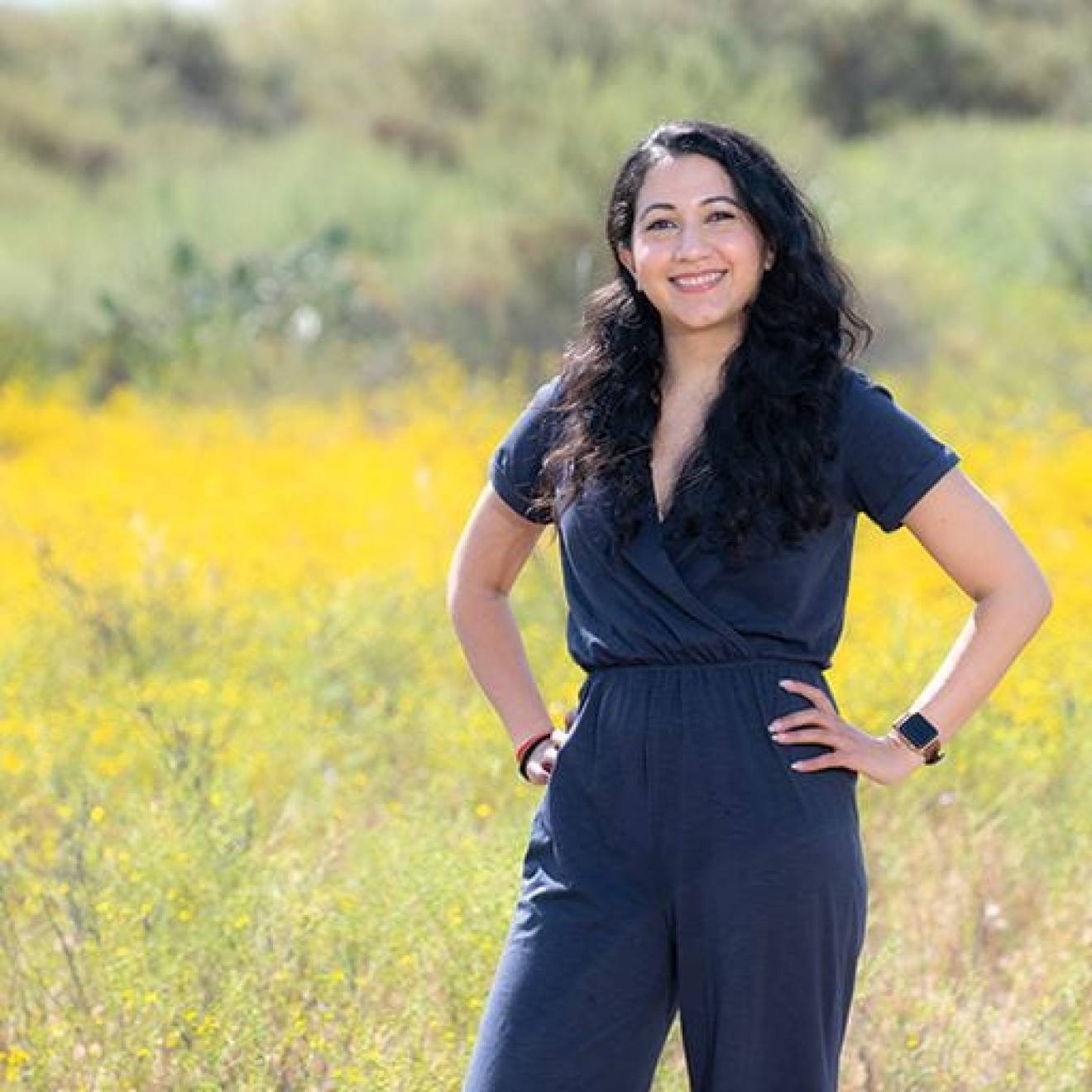