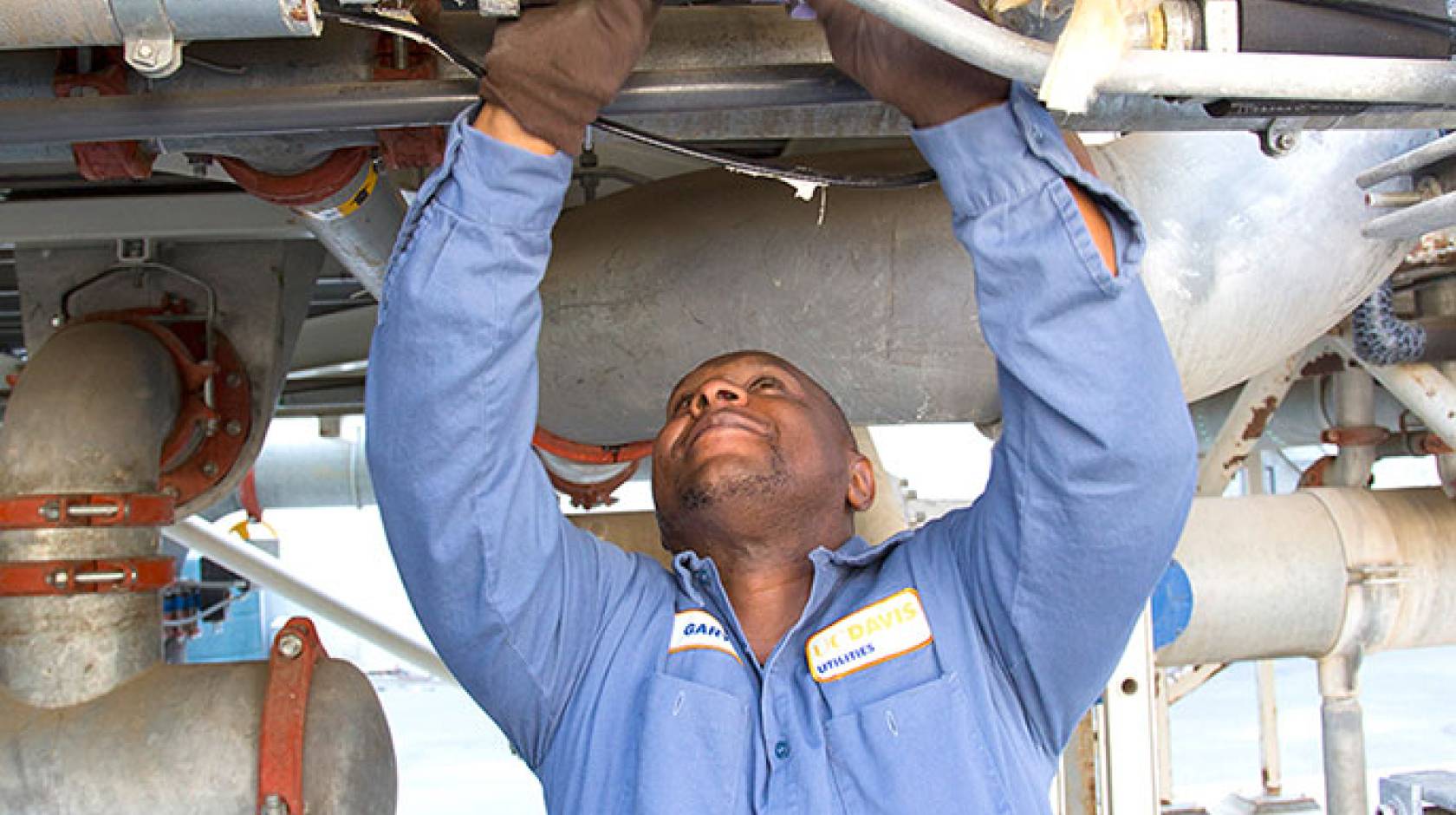 The University of California, Davis, will reap savings of 61 million gallons of potable water annually thanks to the implementation this month of a new process in the Davis campus’s cooling system.

The saved water amounts to about 9 percent of the campus’s total potable water use for a year. With this project and other conservation measures, UC Davis has cut potable and nonpotable water use by 13 percent over 2013 levels, and expects to achieve a 20 percent reduction by the end of 2015.

The utilities division completed the cooling system project in two weeks for the cost of labor plus $20,000 in materials. The savings result from using recycled water instead of well water to help cool the campus’s “chilled water” supply; it loops around the campus, delivering chill to air handling systems, then returns to the cooling plant to be rechilled.

“With the drought the way it is, we dusted off an idea that had been around for a while,” said David Phillips, director of utilities.

“This is definitely a clever way to save big on water,” he said. “Credit goes to David and his staff for putting this plan into action, and for doing it so quickly.”

Phillips said projects like this are common throughout the state wherever high-quality recycled water is available. “The trick is having the water in the vicinity of where it’s needed, and getting it there,” he said. UC Davis qualified on both counts: It operates its own sewage treatment plant, south of Interstate 80, and already had a pipeline in the ground to carry the treated water to the main campus. With 725 feet of newly laid PVC pipe, some of the treated water is now being diverted to a set of four cooling towers on campus.

“I think it is a great example of UC Davis’ taking a leadership position on water management in response to the drought,” Phillips said. “If this works as well as we anticipate, we plan to keep this system in place long after the drought ends.”

Chilled water circulates all over the UC Davis campus via a closed pipeline system. By the time the chilled water completes the loop, the water has warmed and needs to be rechilled. This happens in two ways: via electrically powered chillers and by heat exchange with a cooler water supply.

The second supply recirculates through cooling towers — think of them as giant swamp coolers. These towers require a lot of makeup water to account for evaporation and the water that is drained regularly to guard against mineral deposits in the towers. Up until mid-June, the university used well water to fill four of the campus’s six towers.

Now UC Davis is using treated water from the campus’s sewage treatment plant. Instead of releasing the treated water into nearby Putah Creek, as the state allows, the campus is putting the water in the cooling towers.

The two water supplies never mix. Chilled water stays in its closed system of pipelines, and those pipes do not run through the cooling towers. The towers, now using recycled water, simply provide cool water in a separate set of pipelines for heat exchange. 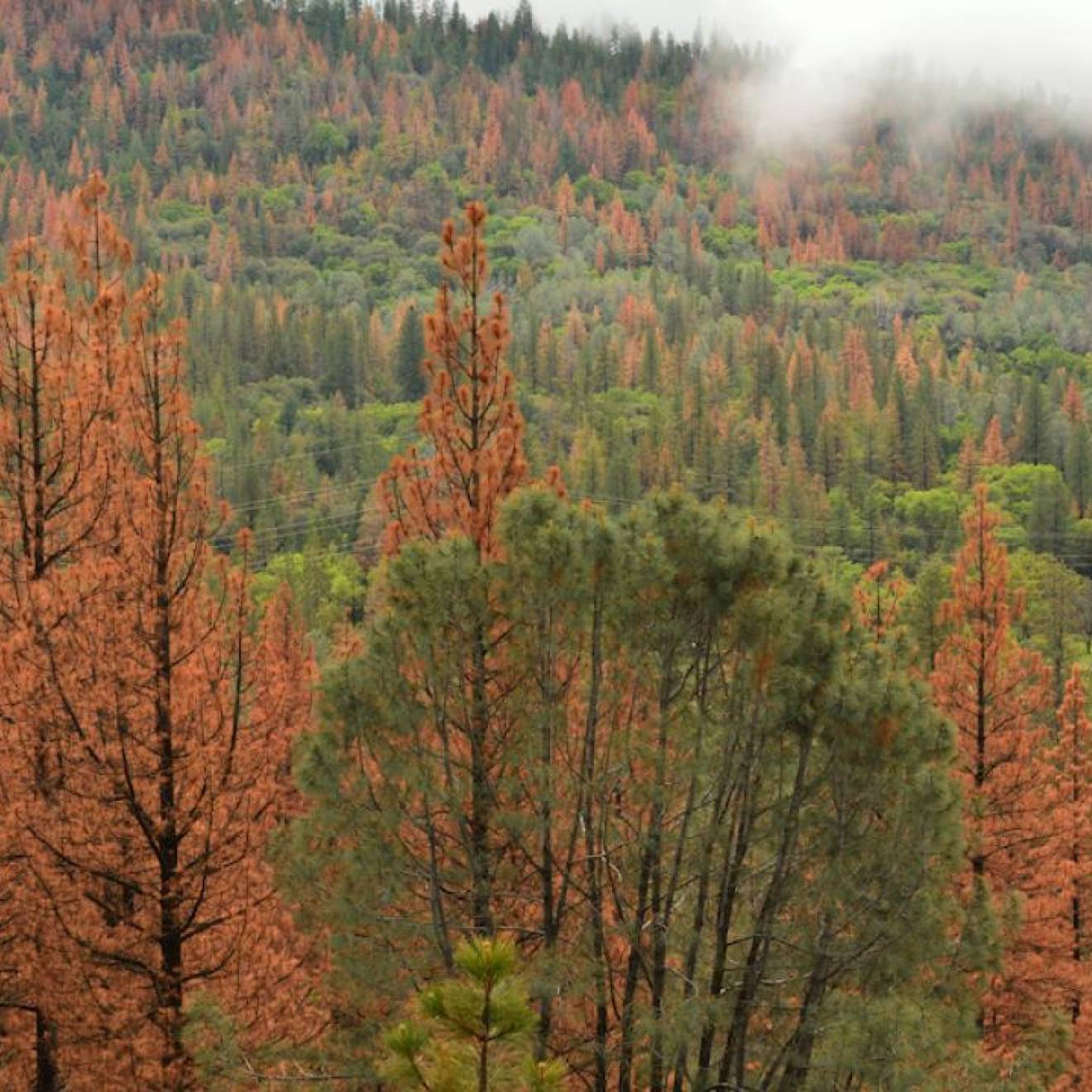 Just what is a resilient forest, anyway? 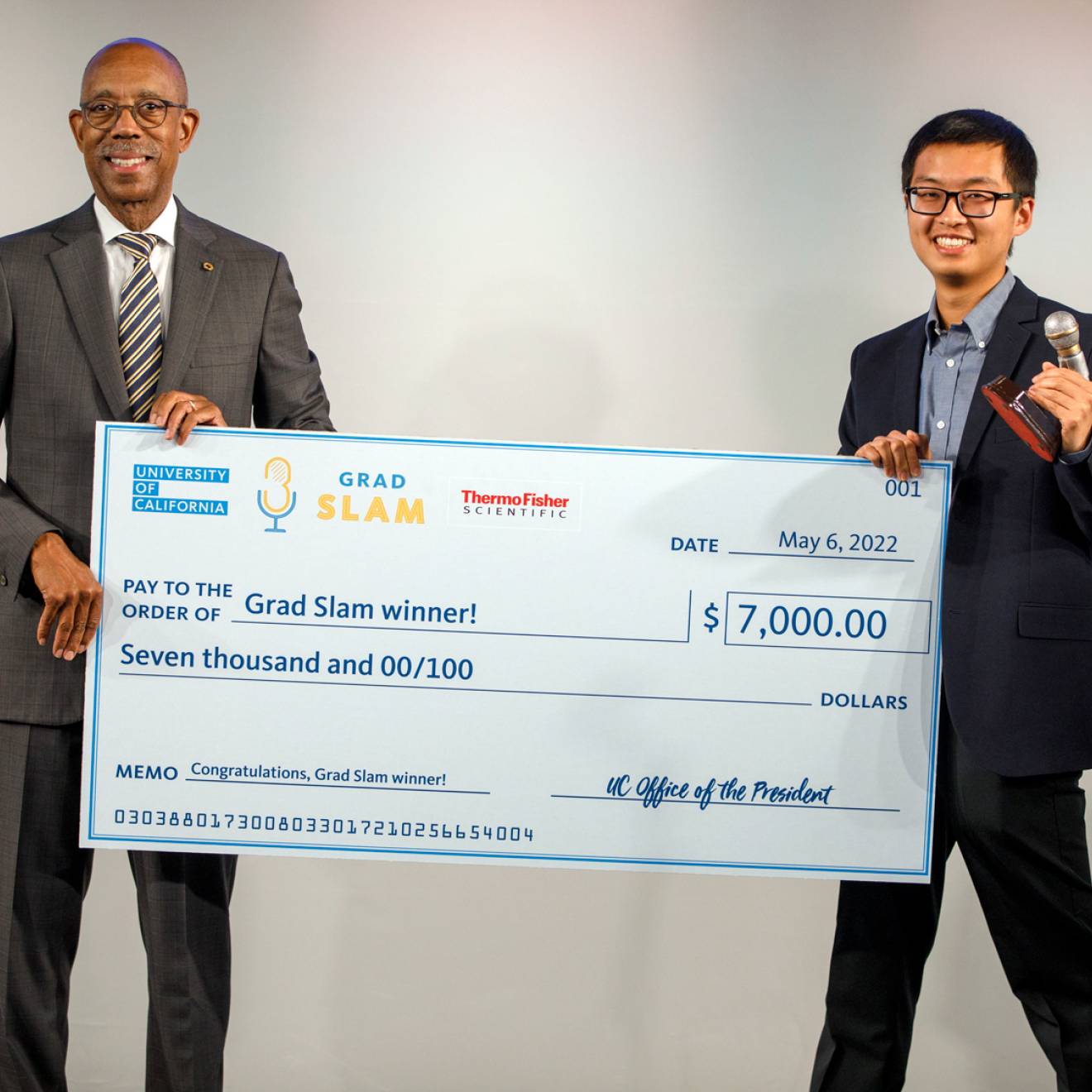