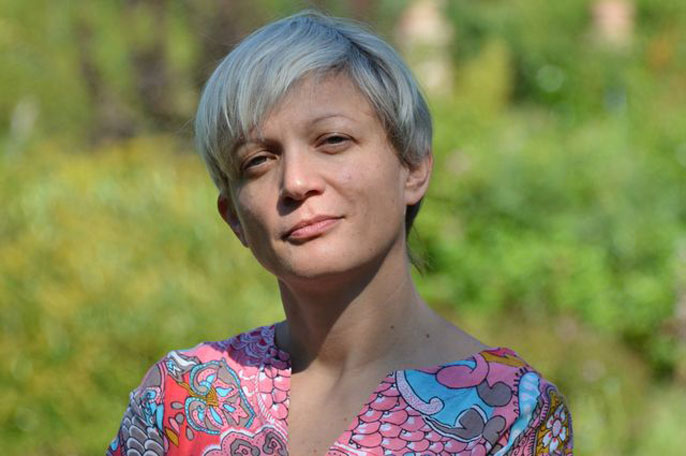 Zrinka Stahuljak, one of three UCLA honorees, will use her fellowship to study Medieval Fixers: Translation in the Mediterranean, from 1250 to 1500.

A dozen UC scholars were awarded prestigious John Simon Guggenheim Memorial Foundation Fellowships for 2016, which are extended to midcareer faculty  “who have demonstrated exceptional capacity for productive scholarship or exceptional creative ability in the arts.”

Nearly 3,000 people applied for the fellowships this year, and only 178 scholars, artists and scientists were selected. The average award is $36,000 and is intended to allow the recipient the resources and time to pursue their artistic or research interests.

This year's fellows bring UC's total Guggenheim fellowships to 1,657 — more than any other university or college. The fellows and their projects, by campus, are:

Edmund Campion is a composer, professor of composition and director of the Center for New Music and Audio Technologies at UC Berkeley. As a Guggenheim fellow, he will be traveling to Korea to work with the Korean Traditional Contemporary Orchestra, for whom he is composing new music to be played on ancient instruments from the region.

A specialist in the poetry and diaries of premodern Japan, H. Mack Horton is the professor and chair of the East Asian languages and cultures department. The Guggenheim Foundation is supporting his newest project, a study of the 500-year history of Japanese linked verse.

Professor Laurie San Martin is an American composer of chamber and orchestral music who teaches at UC Davis. She intends to use her award to research 12th and 13th century French female troubadours known as the Trobairitz, and set texts from the former Occitania region as vocal works.

Heidi E. Tinsman is a professor of history who specializes in gender history, labor history, transnational and world history, and Latin America. Her newest book project, supported by Guggenheim, is called “Chinese Labor and Masculinity in the Making of Modern Latin America.”

Professor and vice chair of chemistry and biochemistry, Neil K. Garg operates an internationally respected organic chemistry laboratory at UCLA and is known as one of the campus’ most popular teachers. He will be applying his support from the Guggenheim Foundation to focus on new chemical reactions catalyzed by non-precious metals.

Stella Nair is an art history professor and member of UCLA’s Cotsen Institute of Archaeology, who has conducted fieldwork across the Americas. Her Guggenheim project is entitled “Shelter, Shrine and Prison: the Acllauasi and Other Spaces for Women in the Inca Empire.”

Zrinka Stahuljak, a professor of French and Francophone studies, has written on a range of conflicts and cultures. Her Guggenheim-supported book is called “Medieval Fixers: Translation in the Mediterranean (1250-1500)” and draws upon her interests in interpretation, cultural production and history.

Novelist Laila Lalami, recent finalist for the 2015 Pulitzer Prize for her work of historical fiction, "The Moor's Account," received a Guggenheim fellowship to support her work-in-progress, tentatively titled “The King of All Things.” Lalami is a professor of creative writing at UC Riverside.

Professor of English Fred Moten is a 2014 National Book Award finalist and award-winning poet, interested in the intersection of blackness and poetry. His newest project, to be supported by his Guggenheim fellowship, is a work of literary criticism, “Hesitant Sociology: Blackness and Poetry.”

David N. Reznick is a distinguished professor of biology at UC Riverside. His Guggenheim-supported work, “The Causes and Consequences of Contemporary Evolution,” will take him to Oxford University to study evolution as a contemporary process and provide insight into the transformation evolutionary studies have undergone in the present day.

A professor of interactive media, George Legrady is a pioneering multidisciplinary artist whose work melds fine arts and digital photography. The project he is pursuing with his Guggenheim grant, “Aesthetic Metavision,” will engineer aesthetics into an autonomous multicamera system.

An associate professor of art, Dee Hibbert-Jones is also a filmmaker whose most recent project, “Last Day of Freedom,” an animated documentary, was nominated for a 2016 Academy Award. She receives the fellowship in conjunction with collaborator Nomi Talisman to further their explorations into the criminal justice system in documentary form, this time through the narratives of families impacted by death row.