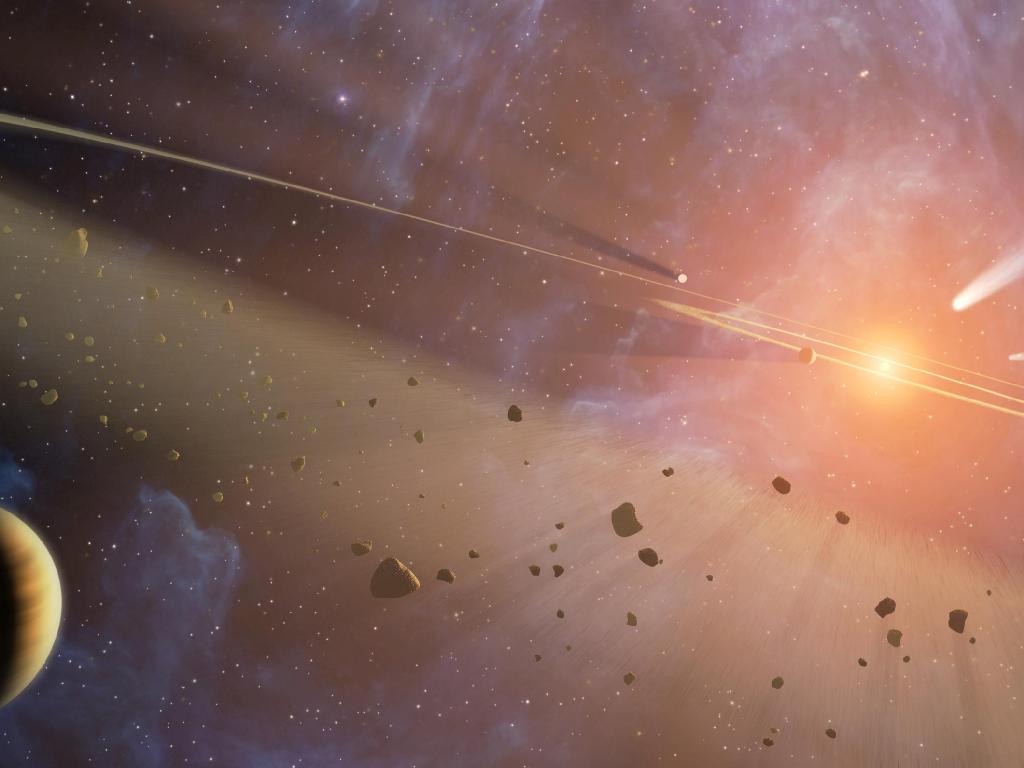 The recent near-Earth flyby of an asteroid and the explosion of a meteor over Russia and one above California's Sierra foothills remind us that space can be a dangerous place.

But two UC research projects are working on better ways to monitor asteroids and other space debris that could hit Earth or collide with orbiting satellites.

At UCLA, scientists have devised a way to monitor collisions in interplanetary space that could threaten Earth by creating 'rogue debris.'

Christopher Russell, a professor in UCLA's Department of Earth and Space Sciences, and his colleagues have found a way to detect collisions by identifying their magnetic signature.

"While the colliding objects may be only tens to hundreds of feet across, the resulting magnetic signature can be hundreds of thousands of miles in width and be carried outward from the sun by the solar wind for millions of miles," said Russell, a co-author of the research.

Their research could help scientists better understand where to look first to find new meteroid debris that could become dangerous.

Researchers at Lawrence Livermore National Laboratory are using supercomputers, optical sensors and other technology to track even small objects that could damage satellites.

"There's somewhere between 100,000 to 200,000 pieces of debris that we would like to be tracking," said John Henderson, a space scientist at Livermore Lab. "So, the supercomputing capabilities that we have here at Livermore are one way to keep track of that."

Meanwhile, at UC Davis, researchers are studying the meteor that hit in fall 2012 near Sutter's Mill, the same spot where gold was discovered in 1849, setting set off California's Gold Rush.

A recent analysis of the Sutter's Mill meteor found that it is the rarest type to known to hit Earth — carbonaceous chondrite, which is composed of cosmic dust and materials that helped form the planets of our solar system. It was knocked off its parent asteroid a mere 50,000 years ago.

Although the meteorite was initially the size of a minivan, much of it burned away when it entered Earth's atmosphere at roughly 64,000 miles per hour. The study said it was the fastest, "most energetic" meteorite that's fallen since 2008, when an asteroid fell over Sudan.

"If this were a much bigger object, it could have been a disaster," said UC Davis geology professor Qing-zhu Yin, co-author of a study on the Sutter's Mill meteor. "This is a happy story in this case."