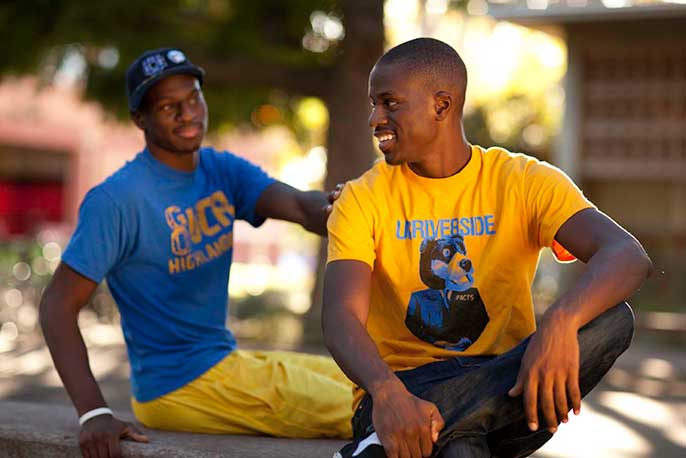 UC Riverside is a member of the University Innovation Alliance, a consortium of 11 large public research universities united around the goal of increasing the number of students who stay in college and graduate within six years, across the entire socioeconomic spectrum.

UC Riverside today joins 10 other major public research universities and six national foundations in announcing the University Innovation Alliance, which was founded to identify and share best-practices in degree attainment programs for low-income and minority students.  UC Riverside is the only California-based institution included in the mix.

With $5.7 million in grant funding, as well as matching funds from the campuses, the UIA group will model the most successful degree-attainment measures within its membership, and replicate them at other universities. UC Riverside will share its experiences with student-success programs that include supplemental instruction and learning communities for freshmen.

“In 1990, our nation was first in the world in baccalaureate attainment, and now we are 12th,”said Chancellor Kim A. Wilcox, citing White House and other federal statistics. “As the world increasingly moves toward knowledge-based industries, and more college graduates are needed, we have to turn that around.”

One way to address the problem is through the nation’s public universities, which enroll 72 percent of all four-year college students in the U.S. “We must improve access and attainment for all students — regardless of college preparation levels, racial or socio-economic differences,” Wilcox said.

The UIA member universities will share practices that have yielded significant gains for low-income students. For example, universities such as the University of Texas at Austin, Arizona State University and Georgia State University have used predictive analytics to aid the academic trajectory of students of all backgrounds. Georgia State successfully used predictive analytics and proactive advising interventions to increase its semester-to-semester retention rates by 5 percent and reduce time-to-degree for graduating students by almost half a semester. This means 1,200 more students are staying in school every year, and the Georgia State Class of 2014 saved $10 million in tuition and fees compared to graduates a year earlier. If these same innovations were scaled across the eleven UIA institutions over the next five years, it is estimated an additional 61,000 students would graduate from UIA institutions and save almost $1.5 billion in educational costs to students and taxpayers.

“UC Riverside is the nation’s most diverse major research university. At UCR, underrepresented minority and low-income students graduate at the same rate as the campus-wide average,” said Wilcox.  “These remarkable results can be attributed to motivated students, campus commitment, and targeted student success programs such as supplemental instruction and first-year learning communities.

“We are pleased to take part in the University Innovation Alliance, and thank the foundations for their generous support.”

Last month, UC Riverside was, for the second year in a row, ranked by Washington Monthly magazine as second among national universities in its 10th annual College Ranking Survey.

It is the fourth consecutive year that UC Riverside has been ranked among the top 10 schools in the survey, which considers civic engagement, research, and social mobility. Prior to the No. 2 ranking in 2013, UCR was fifth in 2011 and ninth in 2012.

The article accompanying the ranking said, in part:  “The UC campus in Riverside…. stands out as a model for other public universities to follow….. Riverside is unusually focused on social mobility. Since 2006, its enrollment has grown by 25 percent. Half of all freshmen are first-generation college students, and the campus is the most racially and ethnically diverse within the UC system. Riverside’s focus on public service exceeds that of almost every other national university.”