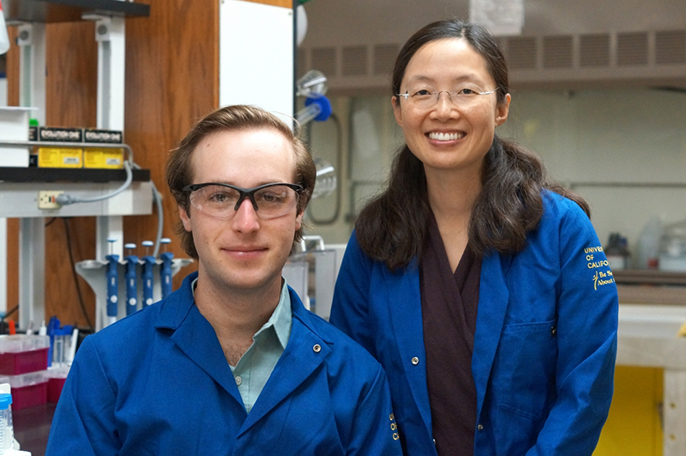 NIH traditionally supports research projects, not individual investigators. However, the agency’s High-Risk, High-Reward Research awards program, which provided the grants, seeks “to identify scientists with ideas that have the potential for high impact, but may be at a stage too early to fare well in the traditional peer review process.”

“The program continues to support high-caliber investigators whose ideas stretch the boundaries of our scientific knowledge,” said NIH Director Francis S. Collins. “We welcome the newest cohort of outstanding scientists to the program and look forward to their valuable contributions.”

The New Innovator Awards support unusually innovative research from early career investigators who are within 10 years of their doctoral degree or clinical residency and have not yet received a research project grant or equivalent NIH grant. UC new innovators will tackle research from understanding the biology of pancreatic cancer to finding more effective treatments for bacterial infections.

Early Independence Awards provide an opportunity for exceptional junior scientists who recently have received their doctoral degree or finished medical residency to skip traditional postdoctoral training and move immediately into independent research positions. UC awardees will work on projects such as the role of the immune system’s response to cancer and understanding the roles played by specific neuron types in different aspects of breathing.

Pioneer Awards challenge investigators at all career levels to develop highly innovative approaches that could have a powerful impact on a broad area of biomedical or behavioral science. UC San Francisco’s Michael Fischbach hopes to develop the ability to engineer communities of gut bacteria to produce desired drug-like small molecules, a discipline he calls “synthetic ecology.”