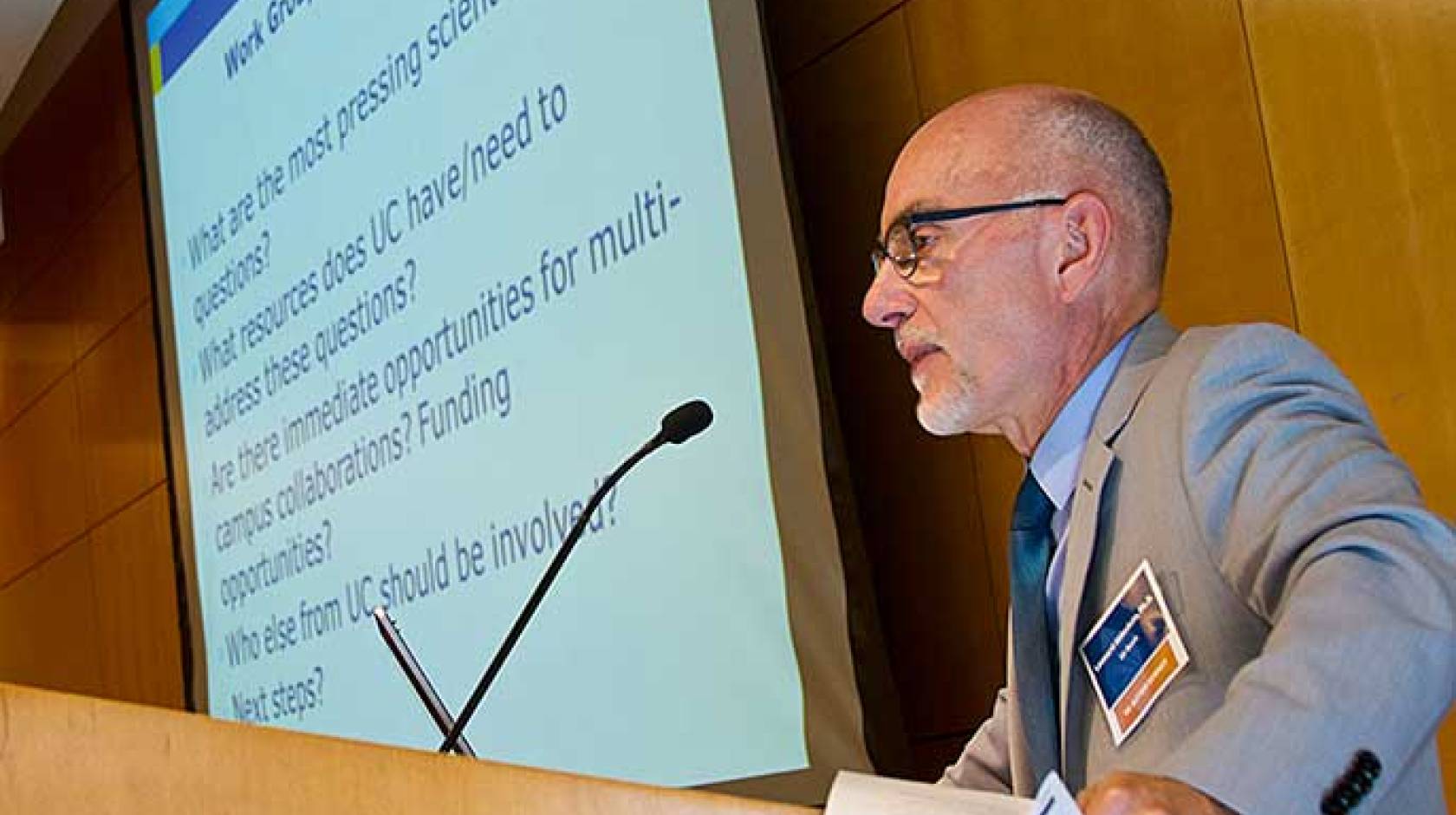 Researchers from across the University of California convened Thursday (Aug. 14) for a first-ever summit on autism — an initial step toward collaborating systemwide to address the urgent need for treatments.

Epidemiologists and geneticists joined neuroscientists and psychiatrists as more than 50 researchers from five UC campuses participated in the daylong summit at the UC Davis MIND Institute in Sacramento. They shared what they are doing in autism research and discussed ways to increase coordination and have a greater impact in improving the lives of children with autism and their families.

Autism spectrum disorder is one of health’s toughest challenges — a lifelong developmental condition with varying symptoms and severity that can affect social interactions, behavior and the ability to think, learn and problem solve. It has no single known cause and no known cure, though early behavioral-based treatments can help. And its prevalence is rising rapidly: Estimates are that autism affects more than 3 million individuals in the U.S., increasing the need for breakthroughs.

“How can we provide high-quality care for kids when the numbers are increasing dramatically and the resources are not?” said Leonard Abbeduto, Tsakopoulos-Vismara Endowed Chair and director of the UC Davis MIND Institute. “We’re all here because we want to impact the lives of kids and families.”

The autism summit, sponsored by the UC Office of the President, is the first step in an 18-month process aimed at accelerating progress toward treatments and strategies for prevention. The effort will include drafting a strategic plan for a coordinated approach to UC autism research, identifying research opportunities, increasing the number of multicampus grants and launching a series of public statewide autism forums to discuss ways of translating research into improved services.

“These are ambitious goals, but this is the group to make it happen,” Abbeduto said.

The summit arose from discussions within the systemwide UC BRAID (Biomedical Research Acceleration, Integration and Development), which identified autism as an area of expertise that was ripe for increased coordination.

“This is really the beginning,” said Dan Cooper, chair of the Department of Pediatrics and director of the Institute for Clinical and Translational Science at UC Irvine. “The summit is designed to harness the unique basic science and translational research talent across the UC system in a way that will profoundly benefit children and adults with autism and related disorders.”

As one of the world’s largest and most prestigious research institutions, UC is uniquely positioned to address the mysteries surrounding autism.

“If we combine and band together, the promise is tremendous,” said Elysa Marco, a cognitive and behavioral child neurologist at UC San Francisco. “I think this represents a wonderful opportunity for us to do something greater.”

Thomas Insel, director of the National Institute of Mental Health, who delivered a summit presentation by videoconference, encouraged UC’s efforts, which he said could be a model at the statewide level.

“If you can get a group of people across the state sharing things, that’s a great way to accelerate our understanding and development of treatments,” said neurologist Jeffrey Neul of UC San Diego.

Autism is considered a public health crisis, with an incidence that has increased by more than 600 percent during the past two decades. The U.S. Centers for Disease Control and Prevention estimates that autism now affects 1 in 68 children. More than 350,000 Californians live with autism today.

Los Angeles Unified School District alone has 10,000 students with autism, said James McCracken, the Joseph Campbell Professor of Child Psychiatry and director of the Division of Child and Adolescent Psychiatry at UCLA. He’s optimistic that the UC autism summit will lead to positive outcomes.

Ultimately, UC summit participants want to help prevent autism and speed treatments and cures. They’re working on many fronts, from behavior to medications to stem cells.

The Early Start Denver Model is being used around the world. Last week, Rogers trained a group that included participants from Brazil, Canada, Mexico, Spain and Turkey. She wants to have an even bigger impact and sees potential in a universitywide autism collaboration.

“It’s about trying to enhance the quality of life,” Rogers said. 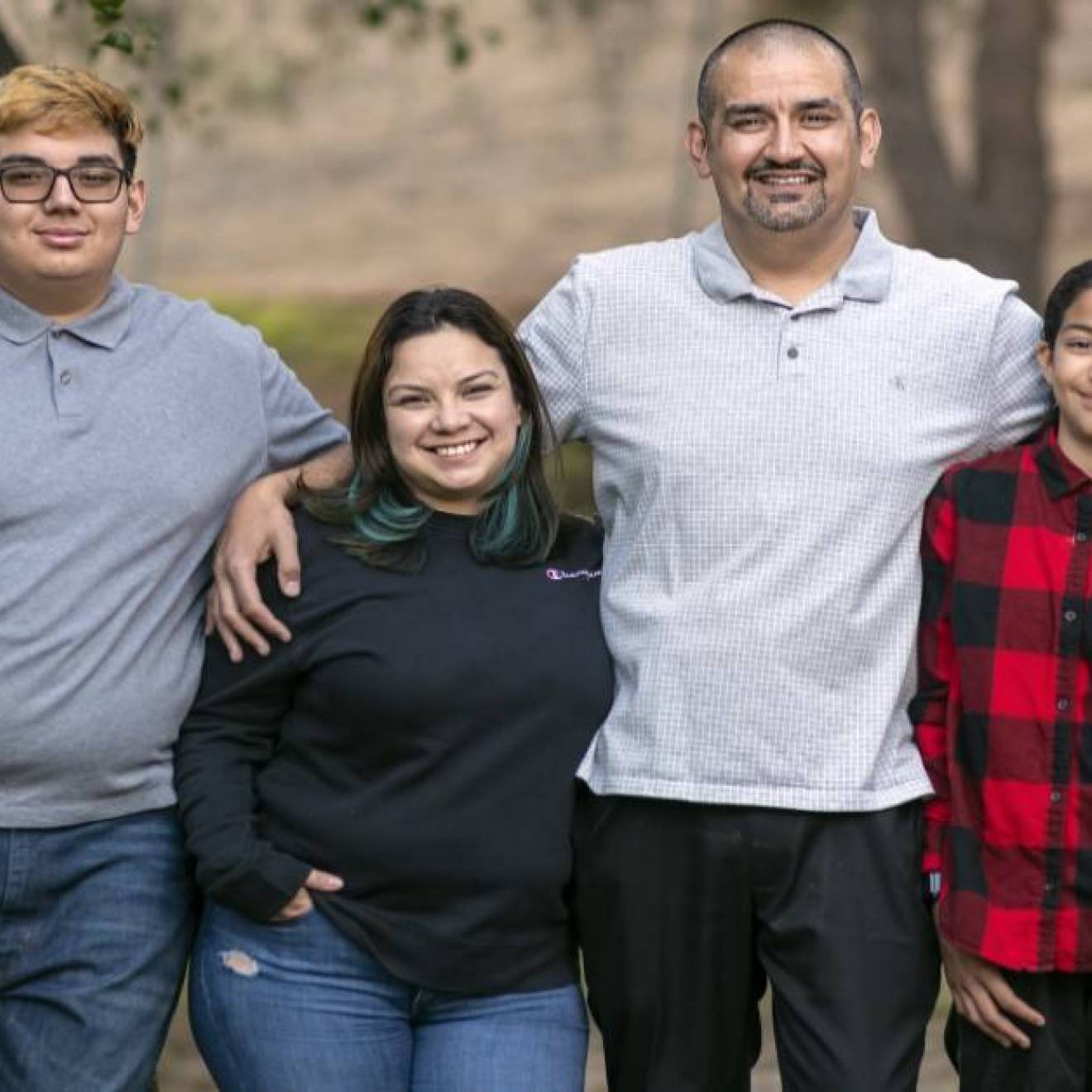