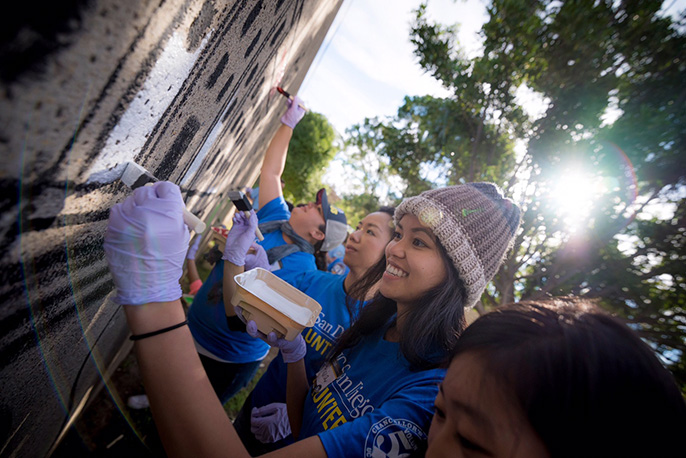 The University of California ranks among the nation’s best colleges in serving the public interest, with six campuses making the top 20 and all nine undergraduate campuses in the top 100, according to Washington Monthly.

The magazine today (Aug. 29) released its annual College Guide and Rankings, which assessed universities and colleges across the country on how well they improve social mobility, produce research and promote public service.

“We are honored to be named the nation’s number one public university for our contributions to the public good,” said UC San Diego Chancellor Pradeep K. Khosla. “As one of the world’s top research universities, UC San Diego is committed to educating next-generation leaders, spurring scientific discovery and economic growth, and providing college access and opportunity to a diverse population of students.”

“On our rankings, public universities, which combine economic diversity with service and a commitment to knowledge production and research, have always done much better,” noted Kevin Carey, director of the Education Policy Program at New America and guest editor of the Washington Monthly College Guide issue. “That remains the case, with the majority of our top 20 national universities coming from the public sector, including the University of California.”

As a world-class public research university, UC tends to do well in college rankings, shining particularly in those that emphasize social mobility. For example, the New York Times called UC an “upward-mobility machine” for having six campuses in the top seven spots of its 2015 College Access Index, which ranked the economic diversity at the nation’s top colleges.