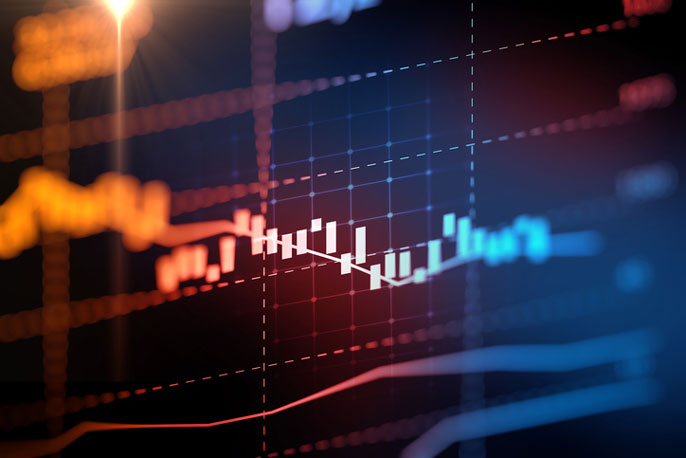 In September, the UCLA Anderson Forecast released its third quarterly outlook of 2016. Relying on polling data at that time, the report assumed that Hillary Clinton would be elected president of the United States.

But when Donald Trump was elected, the UCLA Anderson Forecast revised its prognostications for the national, state and local economies.

Writing on behalf of the UCLA Anderson Forecast, Senior Economist David Shulman makes the following policy assumptions, in what he labels a “first pass at Trumponomics.”

Shulman writes that the net result of these policies would be “a massive fiscal stimulus on an economy at or very close to full employment.” He also notes that it is the direction that a host of liberal economists have been advocating for half a decade, although with a different mix of tax cuts and spending.

“Make no mistake, this is real or even reckless fiscal stimulus,” he writes. “The federal deficit will roughly double to over $1 trillion by 2018.”

With $500 billion in tax cuts arriving in the third quarter of 2017, the forecast calls for GDP growth to accelerate from its recent 2 percent growth path to 3 percent for about four consecutive quarters and then slide back to 2 percent. Growth will be hampered by the difficulties of stimulating an economy operating at near full employment and the bite of higher interest rates. Employment will continue to grow on the order of 140,000 jobs per month in 2017 and 120,000 per month in 2018.

“To be sure, if the new administration follows through with its campaign rhetoric to engage in mass deportations, job growth and the economic activity associated with it would be far slower than what we forecast,” Shulman writes.

On the negative side, housing activity will be a casualty, as the spike in long-term interest rates and the prospect of further increases dampen demand. Instead of the previously forecast 1.4 million housing starts for 2017 and 2018, the forecast is looking at about 1.2 million to 1.25 million starts. Regarding any potentially “ugly” ramifications of the new administration’s policies, Shulman believes that minor tweaks to trade policy will modestly reduce imports (mostly in the auto sector) and trigger modest retaliatory actions affecting aircraft and farm exports. As a result, imports will continue to rise and exports will flatline.

Shulman emphatically points out that the forecast does not assume there will be a major trade war with U.S. partners around the world. But the slowdown in trade will only be the beginning, as the global economy becomes more protectionist.

Shulman also delves into the possible impact of the president-elect’s infrastructure spending plan:

“We do not believe that President-elect Trump’s tax credit-based infrastructure plan will pass muster in Congress on the scale he is seeking. He proposes $137 billion in tax credits for private investors to fund major infrastructure projects. To be effective, this order would require a revenue stream and there aren’t any associated with highway, bridge and tunnel, wastewater and transit maintenance. We anticipate a more traditional infrastructure program with a more modest $20 billion a year of direct taxpayer funding, which could be low, but will take time for an expanded infrastructure program to ramp up.

“As President Obama discovered to his chagrin, there are very few ‘shovel-ready’ infrastructure projects awaiting funding in a world of environmental impact studies and Davis-Bacon Act labor codes regarding prevailing wages. If the president-elect wants quick action, he would have to rely on Congress to waive or fast-track the environmental requirements and waive provisions of the Davis-Bacon Act. This would be a tough sell for the Democrats, but the Republicans are in the majority.”

In his quarterly California forecast essay, senior economist Jerry Nickelsburg eschews his traditional data-oriented report and cites the various unknowns regarding the state’s economy, ruminating on the possible impact of the anticipated policies of a Trump presidency.

“The increase in defense spending will be disproportionately directed to California, as sophisticated airplanes, weaponry, missiles and ships require the technology that is produced here,” he writes. “Moreover, there are few places to build the proposed 150 new warships, and San Diego is one of them. Regionally we expect a positive impact in the Bay Area and in coastal Southern California.”

The U.S. forecast also calls for increased infrastructure spending. While California needs funding for projects such as the Western Electrical Grid, water infrastructure and road repairs, it’s unclear how much of this federal spending will be directed to the state. Nickelsburg notes the size of the California congressional contingent and its influence regarding funding, but also recognizes the fact that California is a sanctuary state with many sanctuary cities. Trump has said he will block funds to sanctuary cities, so how much funding is headed to the state remains to be seen.

Nickelsburg writes that despite California’s current 5.5 percent unemployment rate, the state is basically at full employment. Where the state will find people to fill new jobs remains to be seen, as the new administration is expected to oppose an expansion of the skilled worker visa program. Instead, expect wages to rise to induce skilled workers to come to California from other states. This will lead to increased demand for homes, pushing housing prices higher. Rents, however, may decrease if the new administration proceeds with its intended plans for mass deportations.

Economist William Yu’s report examines the impact of a Trump presidency on Los Angeles. With regard to trade policy, his report suggests that there could be an additional 24,000 jobs in the logistics sector, should trade negotiations have a positive outcome. But if such negotiations have a negative result, such as a trade war with China, a similar number of logistics jobs could be lost. He suggests that a trade war with China or Mexico is less likely to happen.

Looking at an immigration policy, it’s estimated that 1 million undocumented workers live in Los Angeles. For a variety of reasons, including deportation, stronger border policies, stronger employment enforcement and the high cost of housing in the region, this number will be likely to decline in the next few years. One consequence of this reduction will be a smaller supply of low-skilled workers and, in turn, an increase in wages for the remaining low-skilled workers. One unintended, but beneficial consequence of this phenomenon would be the mitigation of an unemployment problem: the $15 per hour minimum wage in the coming years.

The report cautions that the long-run challenge facing Los Angeles is not near-term Trumponomics, but the development of worker skills needed for 21st century jobs.