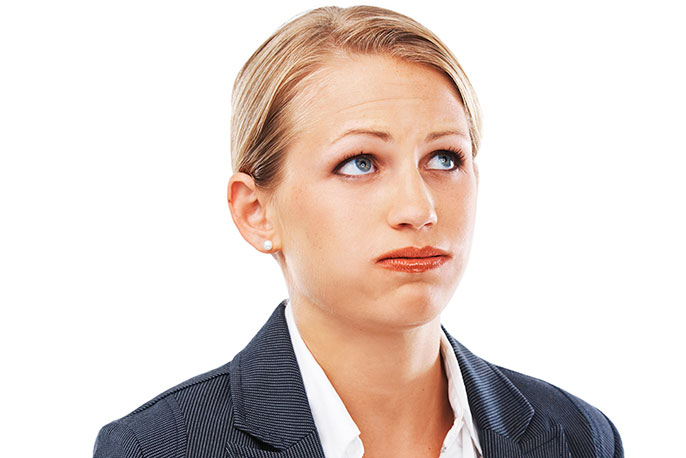 Researchers now have a better understanding of how the brain triggers sighing, which is vital to lung function.

“You must remember this: a kiss is just a kiss, a sigh is just a sigh.”

Contrary to the words immortalized by the piano player Sam in “Casablanca,” a sigh is far more than a sigh. Heaving an unconscious sigh is a life-sustaining reflex that helps preserve lung function.

Now a new study by researchers at UCLA and Stanford has pinpointed two tiny clusters of neurons in the brain stem that are responsible for transforming normal breaths into sighs. Published in the Feb. 8 advance online edition of Nature, the discovery may one day allow physicians to treat patients who cannot breathe deeply on their own — or who suffer from disorders in which frequent sighing becomes debilitating.

“Sighing appears to be regulated by the fewest number of neurons we have seen linked to a fundamental human behavior,” explained Jack Feldman, a professor of neurobiology at the David Geffen School of Medicine at UCLA and a member of the UCLA Brain Research Institute. “One of the holy grails in neuroscience is figuring out how the brain controls behavior. Our finding gives us insights into mechanisms that may underlie much more complex behaviors.”

According to Mark Krasnow, a professor of biochemistry and Howard Hughes Medical Institute Investigator at the Stanford University School of Medicine, the new findings shed light on the network of cells in the brain stem that generates breathing rhythm.

“Unlike a pacemaker that regulates only how fast we breathe, the brain’s breathing center also controls the type of breath we take,” Krasnow said. “It’s made up of small numbers of different kinds of neurons. Each functions like a button that turns on a different type of breath. One button programs regular breaths, another sighs, and the others could be for yawns, sniffs, coughs and maybe even laughs and cries.”

Sighing found to be vital to lung function, and life

Using a mouse model, Krasnow and his colleagues screened more than 19,000 gene-expression patterns in the animals’ brain cells. They found roughly 200 neurons in the brain stem that manufacture and release one of two neuropeptides, which enable brain cells to talk to each other. Still, the scientists did not know which brain cells these neurons communicated with or why.

Conversely, Feldman knew that the same family of peptides, also found in humans, was highly active in a part of the brain that influences breathing and plays an important role in sighing. What he had not identified were the genes or neurons that controlled them.

By joining forces, Krasnow’s and Feldman’s labs discovered that the peptides excited a second set of 200 neurons. These cells increased the rate that they activated the mouse’s breathing muscles to produce a sigh, from roughly 40 times an hour to more than 400 times per hour.

The researchers found that blocking one of the peptides cut the animals’ sighing rate in half. Silencing both peptides halted the mice’s ability to sigh completely.

“These molecular pathways are critical regulators of sighing, and define the core of a sigh-control circuit,” Krasnow said. “It may now be possible to find drugs that target these pathways to control sighing.”

Sighing is vital to lung function, and thus to life, Feldman emphasized.

Discovery could improve upon current ventilators

On average, a person sighs every five minutes, which translates into 12 sighs per hour.

The purpose of sighing is to inflate the alveoli, the half-billion, tiny, delicate, balloon-like sacs in the lungs where oxygen enters and carbon dioxide leaves the bloodstream. Sometimes individual sacs collapse, though.

“When alveoli collapse, they compromise the ability of the lung to exchange oxygen and carbon dioxide,” Feldman said. “The only way to pop them open again is to sigh, which brings in twice the volume of a normal breath. If you don’t sigh, your lungs will fail over time.”

Turning on sighing would be useful in people who cannot breathe deeply on their own. Early artificial breathing devices did not regularly give patients a deep breath, and many patients died. Current ventilators regularly deliver a large inflation of air that mimics a sigh.

“If you don’t sigh every five minutes of so, the alveoli will slowly collapse, causing lung failure,” Feldman said. “That’s why patients in early iron lungs had such problems, because they never sighed.”

The ability to limit the sighing reflex could prove useful in anxiety disorders and other psychiatric conditions where sighing grows debilitating.

The mechanism behind the emotional roots of conscious sighing remains a mystery.

“There is certainly a component of sighing that relates to an emotional state. When you are stressed, for example, you sigh more,” Feldman said. “It may be that neurons in the brain areas that process emotion are triggering the release of the sigh neuropeptides — but we don’t know that.”