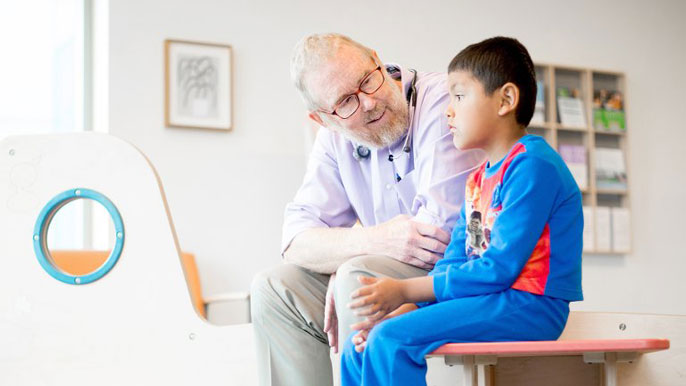 Adversity experienced during a person’s childhood has far-reaching consequences.

Years of research have shown that trauma and adverse events in childhood can put a person at an elevated risk for a wide range of physical and mental health problems across their life span. But the scope and significance of that impact ­– and how to reverse it – is just beginning to come into focus.

The idea that adversity increases the risk of disease later in life is generally acknowledged in the medical community, said Tom Boyce, M.D., a professor of pediatrics at UC San Francisco who began studying psychological stress as a disease risk factor in children nearly 40 years ago. Now health professionals and researchers are working to understand the psychological and biological connections between adverse events and trauma on health – and what to do to interrupt those effects.

Nearly two decades ago, the connection between adverse childhood experiences (ACEs) and long-lasting health effects was thrust into the spotlight when the Adverse Childhood Experiences Study was published. It examined seven categories of adverse experiences — such as childhood maltreatment, parent criminal behavior and domestic violence — in 17,000 adult Kaiser Permanente members in Southern California.

Findings in the study showed strong correlations between early-life adversity and risk factors for several of the leading causes of death in adults, including depression, diabetes and heart disease.

While that pivotal ACE study laid the groundwork for connecting the association of childhood adversity with many leading causes of morbidity and mortality, the number and scope of ACEs and their health impacts have expanded since then. ACEs now include detrimental experiences and trauma such as abuse, neglect, parental death or divorce or an environment of racism or violence.

As more research is done, more evidence surfaces about the harmful effects of ACEs. For example, a new study shows that a person who experienced persistent poverty in young adulthood had lower cognitive scores later in life than a person who had never been in poverty. Another study showed that childhood adversity increases the odds of shorter telomeres, which have been linked to an increased risk of non-communicable illnesses in adulthood, such as cardiovascular disease and cancer.

The impacts from such hardships and trauma also have now been shown to go beyond correlations to diseases. ACEs have been shown repeatedly to predict a wide range of risky health behaviors, such as smoking or other substance abuse.

The more traumatic or adverse events children have, the higher the risk for negative health effects and mental health issues that can continue well into adulthood.

“Children do not outgrow the impact of ACEs,” said Alicia Lieberman, Ph.D., who leads one of 25 National Child Traumatic Stress Network centers at Zuckerberg San Francisco General Hospital and Trauma Center. “On the contrary, when children are exposed to multiple ACEs, the effect increases such that children get worse over time rather than better – unless we change the conditions.”

For children, ACEs from unhealed parents could be passed on through a dual-pronged influence: from the environment a parent creates for a child and, researchers are discovering, in biology.

“We now understand that effects of adversity exposure can begin immediately when an organism is conceived and begins to develop,” said Nicole Bush, Ph.D., an associate professor of psychiatry and pediatrics who is determined to uncover the mechanisms of how early-life adversity affects chronic disease in humans.

Maternal stress hormones appear to program fetal development, she said, and beyond that, a mother’s own early childhood adversity can affect her biology throughout her life, which she carries into her pregnancy.

Bush and Lieberman have joined forces in the CTRP-Health study at the UCSF Child Trauma Research Program (CTRP) to examine the biological systems implicated in traumatic stress and their response to Lieberman’s child-parent interventions. In mothers and their children, Bush and colleagues are searching for biological markers of adversity in the telomeres at the ends of chromosomes, the immune system and other physiological stress response systems.

“People tend to blame a child for having a ‘bad attitude’ or behavior problems,” Bush said. She hopes to demonstrate that those issues are related to trauma and that an intensive intervention might fix a biological problem, for example by correcting a dysregulated immune system, which could reverse a range of biological, behavioral and psychological problems.

“You can’t blame a kid for having a dysregulated immune system,” she said. “Findings like this would start taking away some of the blame and start making it a larger societal issue that we need to address.”

Tools to address impact of trauma

Prevention of adverse events in the first place would be ideal, said Boyce, and many nationwide efforts to reduce ACEs are geared in that direction. “But we are a long way from preventing one of the most chronic and pernicious stressors, which is simply not having enough money or resources such as food or shelter to take care of the needs of the family,” he said.

In the real world where children are presenting with depression or anxiety or behavior problems due to ACEs, Boyce said there is an arsenal of clinical interventions that are simple but very effective in helping kids recover, primarily by supporting parents and giving them strategies to deal with trauma and stress.

“What is lacking is a general awareness that we have the tools available to us to address the impact of trauma in adults that lead to ACEs in children and poor health outcomes in adulthood,” said Edward Machtinger, M.D., a professor of medicine who, as director of the Women’s HIV Program at UCSF, sees the long-term effects of childhood adversity on his adult patients. In his clinic, they are using trauma-informed methods to more effectively treat depression, substance use, chronic pain and other conditions that predispose parents exposing their children to ACEs.

Lieberman, who is a UCSF professor of psychiatry, has created an assessment and treatment program to decrease the impact of ACEs on children’s physical and mental health. After an initial assessment with a child experienced interpersonal trauma and his or her primary caretaker, Lieberman’s team at CTRP offers a treatment a treatment plan tailored to the needs of each family, which can include forms of psychotherapy, crisis intervention and practical assistance for living situations.

Her model has been disseminated in 35 states and five countries.

“When we are able to intervene early to protect children from the impact of ACEs, the effects are amazing,” she said. “They change the developmental trajectory of the child and ensure that their current illnesses do not become chronic.”

Focusing on children and adults

While early intervention is imperative in cases where children are experiencing ACEs, Boyce said that one of the best things health professionals can do is give parents and children the opportunity to discuss traumatic events in their lives. “It helps both parents and kids immensely to just talk about this,” Boyce said.

Machtinger contends that treating ACEs requires a focus on adults – the children who grew up with unresolved early life trauma who then may transmit ACEs to their own children through abuse, neglect or a dysfunctional home environment.

“At UCSF, we are at the forefront of innovating ways to address trauma as the primary underlying factor in the illnesses of our adult patients,” he said.

“If you want to interrupt ACEs, you have to help the adults heal.”

Machtinger is leading a series of studies implementing and evaluating a trauma-focused care model for dealing with the impact of lifelong abuse. The model incorporates several proven strategies, including creating a safe supportive clinical environment, empowering patients, and combating their social isolation and screening and treatment for post-traumatic stress disorder, chronic pain, substance abuse and mental illness.

“If you want to interrupt ACEs, you have to help the adults heal,” he said.

In recognition that parents who have unresolved ACEs will have their parenting skills affected, Lieberman’s treatment helps heal both children experiencing adversity and the children’s parents or caretakers. Called Child-Parent Psychotherapy, the technique brings the two together to alleviate impact of ACEs on the child by helping the parent become a better protector for the child.

After treatment, not only are the physical and mental health indicators much better for the child, but they are much improved for the parent as well.

In an imperfect world where children do experience stress and trauma, a bit of good news is that there considerable evidence of great variation between children in their responses to stress and adversity.

“I feel tremendously encouraged by research being done at UCSF and elsewhere to determine the factors that contribute to a child’s resilience,” Boyce said. Good parenting, a good diet, social support and strong communities are likely candidates. “But we already know that supporting young families and children – financially, psychologically and educationally – really helps with prevention of these stress-related disorders.”