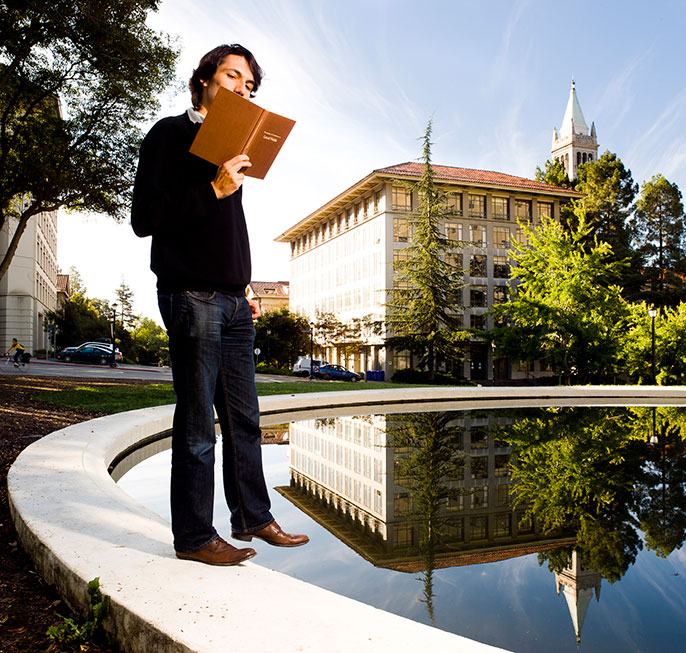 UC Berkeley is the nation's top-ranked public university, according to U.S. News and World Report.

Half of the nation’s top 10 public universities are University of California campuses in the U.S. News & World Report’s list of leading U.S. public universities released today (Sept. 9). The list caps a series of recent rankings that use various methodologies to demonstrate UC’s standing as one of the world’s preeminent research universities.

UC Berkeley topped the list of best public universities, followed closely by UCLA at No. 2. UC Santa Barbara, UC Irvine and UC San Diego filled out the top 10, followed by UC Davis at No. 11. The list of public national universities was part of the magazine’s annual ranking of American colleges and universities.

U.S. News reached its conclusion by assessing academic outcomes, with graduation and retention carrying the most weight in its methodology. The top schools all have high six-year graduation rates and strong rates of freshman retention.

Whether measured by academic excellence, research quality and reputation, selectivity, value, public service, or a host of other factors, the University of California consistently leads national and international rankings.

“These rankings, like others, demonstrate that California leads the nation in the quality of its public higher education — and that the University of California is unique,” said UC President Janet Napolitano. “No other state has more than two public universities among the top 11 publics, and the UC system has six. It is gratifying to see recognition, once again, of the hard work and commitment to excellence that define our faculty, students and staff.”

In July, the Center for World University Rankings listed all 10 UC campuses among what it called the 1,000 best universities in the world, and ranked UC Berkeley first for public universities, with UCLA in second place, UC San Diego in fourth and UCSF in sixth.

Nine UC campuses were listed among the 2015 Academic Ranking of World Universities, an annual ranking focused on research and faculty quality that Shanghai Jiao Tong University released in August.

Also last month, Washington Monthly magazine named UC San Diego No. 1 on its list of the nation’s leading universities that serve the public interest. It was the sixth straight year that UC San Diego has led the list, and UC Riverside repeated its No. 2 ranking for the third straight year. Six other UC campuses were listed, and UC Berkeley, UCLA, UC Santa Barbara and UC Davis placed among the top 20.

In July, Money magazine listed eight UC campuses among its 2015-16 best colleges that deliver a great education at an affordable price.

The University of California has also dominated rankings this year showcasing universities that lead in sustainability, entrepreneurship and volunteerism.