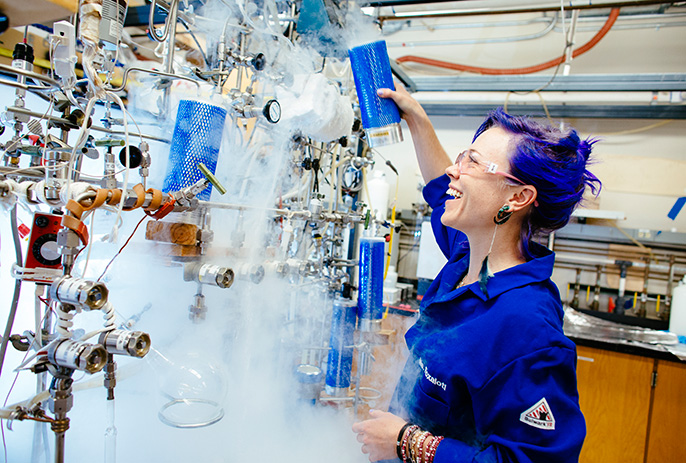 U.S. News’ 2016 Best Graduate Schools guide evaluates graduate schools for business, education, engineering, law, medicine and nursing, and specialties within each area. In each discipline, all or nearly all UC graduate schools were highly ranked.

The annual Best Graduate Schools rankings are based on two types of data: expert opinions about program excellence and statistical indicators that measure the quality of a school’s faculty, research and students.

Below are UC's ranked schools in the six main disciplines, which include for the first time expanded rankings for nursing, with master’s programs evaluated based on both statistical and reputational data. For specialty programs within these areas, go to the Best Graduate Schools site.

All six of UC’s business schools were ranked:

Of note: UC Berkeley’s business school had the No. 1 part-time MBA program, and UCLA’s was No. 5. For executive MBA programs, UCLA ranked No. 8 and UC Berkeley was No. 9.

In education, all eight of UC’s schools were ranked:

All nine of UC’s engineering schools were ranked:

All five of UC’s law schools were ranked, including UC Irvine in its first year of eligibility:

Three UC nursing schools were ranked, including UC Davis, in the first year it was eligible for inclusion in the survey:

In other health-related rankings this year, UC Davis was recognized as the nation’s best veterinary school, while in public health UC Berkeley ranked ninth and UCLA was 10th.

The rankings also include previous assessments of a number of other health fields, which U.S. News surveys but not each year. UCLA ranked first in clinical psychology and UCSF ranked first in pharmacy. The surveys do not rank dental or optometry schools.