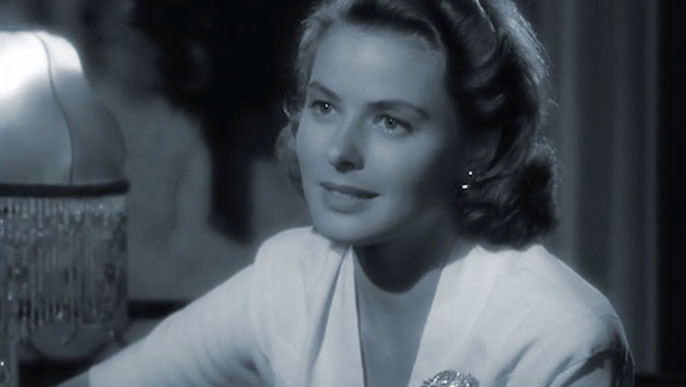 If you’ve seen “Casablanca” — and odds are you’ve watched it multiple times — you smiled as Rick (Humphrey Bogart) and Capt. Renault (Claude Rains) walked into the misty night on their way to a Free French garrison and “a beautiful friendship.”

Today we usually see that scene as the moral triumph of a couple of hard-hearted men who did the right thing at the end. But Charles Wolfe, a UC Santa Barbara professor of film and media studies, notes that its first audiences in 1942 saw something else entirely.

“Casablanca,” he explained, “has meant different things to different people at different times as the political landscape shifts.”

Consider the first part of 1942. The U.S. was still deciding which French political movement it should support after Germany overran France — Charles de Gaulle’s Free France movement or the Vichy government. By the time the film premiered in November 1942, the Allies had invaded North Africa and America had taken sides.

“In 1942, against the particular political backdrop of the invasion of North Africa, and the ambivalence in the Roosevelt administration itself about which of the two major French groups to be aligned with,” Wolfe said, “the commitment to the Free French in that film would have had a very particular meaning. That’s largely lost to audiences today.”

Even the character of Rick, who’s usually considered an archetype of American masculinity, was a man for the times, Wolfe noted. His seductive blend of cynicism and romanticism appealed to audiences then much as it does today, but his avowed neutrality — “I stick my neck out for nobody” — was finely calibrated.

Warner Bros., which made “Casablanca,” was careful to show that Rick’s isolationism wasn’t the nativism of the American First movement that tried to keep the U.S. out of the war, Wolfe explained. The group’s ideology was built on xenophobia and an unwillingness to engage in a world that polluted what it saw as America’s purity.

“That’s not Rick in ‘Casablanca,’ ” he said. “His stance is really a cosmopolitan one, a cynicism about the efficacy of any political commitment. That lays the groundwork for his conversion at the end. You know that this is a figure who has set aside a certain set of ideals because he’s been tested by time and circumstance in profound ways.

In today’s climate, perhaps no character is more problematic than Capt. Renault. Not only is he willing to do the Germans' bidding — including the murder of Ugarte (Peter Lorre) — he’s a sexual predator of refugee women. And yet he gets to walk away with Rick as a hero. How did that happen? Wouldn’t the Production Code Administration (aka the Hays Code), with its strict moral guidelines, have prevented it?

Wolfe explained that while the Hays Code did raise objections to Renault’s behavior, what saved the character was humor and the way Rains portrayed him. “I think one of the things that happens is that Renault become more of a comic side character than a serious dramatic figure,” he said.

Rains’ suave, witty delivery and impeccable timing, Wolfe noted, proved to be the perfect counterpoint to Bogart. “The fact that he is so cynical suggests he is not committed to the Nazi cause at all,” he said. “So he could turn on a dime if it was to his advantage as well. The fact that he does so at the end is more plausible than if he were a political antagonist. But it’s true he doesn’t have to pay for his sins.”

Another issue that resonates today is the film’s refugee crisis. As the narrator makes clear at the beginning of the film, refugees from Europe were pouring into Casablanca in the hope of getting to Portugal, where they could embark for America. In the years leading up to the filming of “Casablanca,” the U.S. had refused to admit thousands of Jewish refugees fleeing the Nazis.

In the film, the plight of Jewish refugees is veiled. Wolfe said that was a conscious decision by Warner Bros. The studio, he explained, took an early anti-Nazi stance after one of its representatives, a Jew, was severely beaten by stormtroopers in Berlin in 1933. It stopped distributing films in Germany shortly thereafter. Warner Bros. could have highlighted the Jewish refugee problem, but it chose a subtler approach. The international cast — Wolfe notes that there were as many as 34 nationalities on the set — spoke to the refugee crisis without specifying details.

“If the Jewish question is somewhat muted in ‘Casablanca,’ ” he said, “it’s in response to the efforts of Warner Bros., in a sensitive way, to make sure that the argument is not just about Jewish refugees but a broader coalition of interests.”

Seventy-five years on, most “Casablanca” fans can recite nearly every line of the film, and not just the more famous, like “Here’s looking at you, kid.” So how does Wolfe, who’s seen it dozens of times, watch it and not be bored to death?

“My response to the film is in part finding new things,” he said. “I do think there are a lot of small details in the film that are very inventive, and there are so many characters and they go by very quickly.”

Indeed, “Casablanca” is so filled with intense moments of choreographed chaos — in Rick’s Café Américain and in street scenes — that it’s possible to spot new things with each viewing.

“I have seen it many times, and after a while your attention gets deflected from the big scenes,” Wolfe said. “I guess the pleasure for me now is in the small details: the side characters, the banter that sets up something else, rather than the major dramatic scenes. Those are the set pieces that the whole architecture of the script is built upon.”

It doesn’t hurt that “Casablanca” was a first-class production that took advantage of the finest talents at Warner Bros., Wolfe said. “It’s important to realize that the studio system was working on all cylinders at that point. These were people who were very skilled at their specific crafts, and many of whom had worked together again, again and again.”

As much as Wolfe admires the film there’s one thing he’ll never do: watch the colorized version of 1988, the Ted Turner creation widely regarded as an abomination.

“I just don’t want those pictures in my head!” he said. “Once you see them you can’t erase the images from your mind.”

In celebration of its 75th anniversary, “Casablanca” will screen Nov. 12 and 15 in a limited number of theaters.