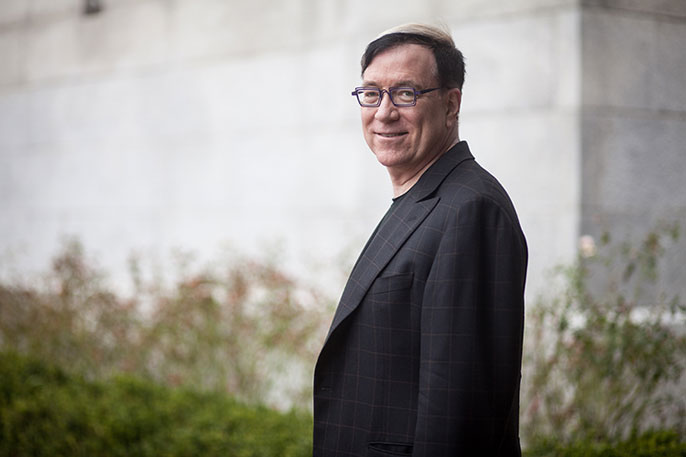 On Feb. 28, 2019 the University of California ended negotiations with Elsevier, one of the world’s largest scholarly journal publishers. UC’s main goal since negotiations began in July had been to secure universal open access publishing of UC research, so that anyone in the world could view it, free of charge — as well as to curb the rising costs associated with for-profit journals. Talks heated up after Dec. 31, when UC’s multimillion-dollar subscription expired.

Berkeley News asked University Librarian Jeffrey MacKie-Mason, co-chair of UC’s negotiation team, more about what’s happened and what it means for UC scholars and the public.

Why did UC decide to end negotiations?

Elsevier made a new, quite complex, but novel proposal to us at the end of January. On Monday, our negotiating team gave them a written response outlining our appreciation for Elsevier’s effort, but saying that conditions had to be met for us to sign a contract, and that we thought we were pretty far apart. We knew if they couldn’t accommodate us, there was not much point in continuing to negotiate at this time.

Elsevier wanted to keep meeting with us, and we have a meeting scheduled for tomorrow (March 1), but yesterday they approached our faculty directly — faculty who are editors of Elsevier journals, who they have working relationships with — and also the media, and presented a rosy view of the offer they’d made to us. Their characterization of the offer left things out, and they didn’t mention what we’d proposed as conditions. They went public with it. So, we announced the end.

We knew all along it was going to be difficult for Elsevier to change its ways to our satisfaction. We had hoped they’d see the light, that the publishing industry is changing, and that they could help lead the way.

What did each side want the most, and why?

From the very beginning, we had two goals: a reduction in costs — we pay about $11 million a year to Elsevier in subscription fees, which is 25 percent of UC system-wide journal costs — and default open access publication for UC authors: that is, that Elsevier would publish an author’s work open access unless the author didn’t want to. This is consistent with the UC faculty senate’s goal of all work being published open access.

Elsevier eventually offered to do something like what we wanted, for open access, but they wanted to charge us a lot more. Our current calculations are that they would have increased the amount of our payments by 80 percent — an additional $30 million over a three-year contract.

Open access would eventually mean fewer subscriptions for Elsevier. But we don’t think they would lose, in the long run, by charging for publishing rather than by charging for reading. The transition the industry is making to open access is a feasible path forward, so that more universities don’t cancel their licenses for the same reasons we did.

If the whole world switches to open access, which we think it will at some point since the scholarly community wants this, it would be a world without subscriptions. But it would be a world where people would still want and need to publish their work in peer-reviewed journals, and there’s always a cost for that.

Have other universities made the same decision?

In the U.S., we’re the first university system to do this with open access as the main issue.

Is this a goal of UC, to be a model institution for open access?

It’s always been one of our goals to help lead the U.S. from paywall publishing to open access publishing. We’re trying to transform the entire industry. We’re trying to design a contract that works under a U.S. funding model that can be replicated by other universities. We’ve been communicating actively with other U.S. universities and are being very closely followed by our peer institutions. The Association of Research Libraries, the largest group of research and university libraries in the U.S. and Canada, just scheduled a video conference with us for next week, and I’ll be sharing our goals and experiences with leaders of other university libraries.

What does the outcome of today’s decision mean for professors and researchers?

If Elsevier proceeds to cut UC’s access to articles, which we fully expect any moment now, they will eliminate immediate access directly from Elsevier’s server to articles published since Jan. 1, 2019, and to a small fraction of historical publications for which we don’t have perpetual access rights. We have perpetual rights for about 95 percent of the material our scholars use.

If people want to read journal articles but can’t access them through Elsevier, we can help here at the library to gain access in other legal ways. It may take a few minutes to a few days longer to get the articles. In extreme cases, for a small fraction of the articles in demand, it might be necessary to purchase an article at a very high price from Elsevier.

The decision today does not affect publishing. This is all about reading. Authors can still submit their work to Elsevier; Elsevier isn’t going to deny a submission, because it wants our articles. But despite the good journals it publishes, Elsevier is not a good actor in the scholarly communications field.

What about for the public?

We are a public library and, under our license, the public can come to us and access Elsevier articles on-site. A number of people in public health in the Bay Area come here to read journal articles, for example. They will also lose direct access to a 2019 publication.

The main thing for the public to know is that we’re taking a major stand with the power of UC to transform the scholarly journal publishing industry for the benefit of our scholars and the public. We remain in negotiations with other publishers of UC research articles. The industry is not going to change overnight, but we want the public and the world to have access to research — to our UC research — that is funded by the public in the first place. That is core to our mission at the University Library.