UC Office of the President September 9, 2014 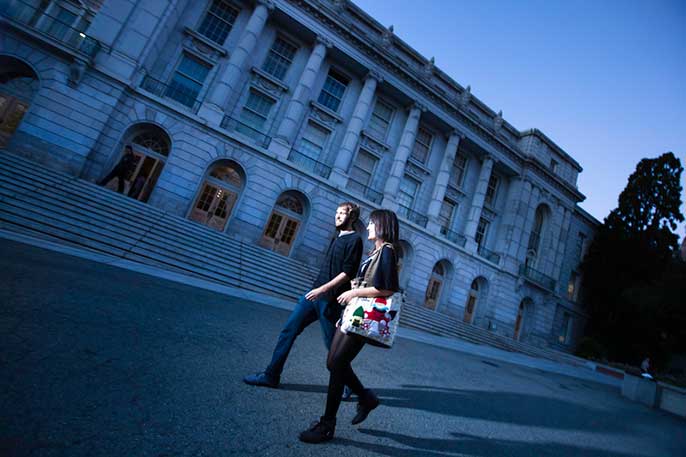 UC Berkeley and UCLA were first and second on the list, respectively, with UC San Diego, UC Davis and UC Santa Barbara also ranked in the top 10, followed by UC Irvine at number 11. The ranking of public national universities was part of the magazine’s annual ranking of American colleges and universities.

UC campuses consistently perform well in such rankings. In August, Washington Monthly ranked UC San Diego first on its list, which is based on how well colleges and universities serve the public interest, with UC Riverside ranked second. Also among the top five schools were UC Berkeley in third place and UCLA in the fifth spot.

The top 100 also included UC Santa Barbara, UC Davis, UC Santa Cruz and UC Irvine. UCSF has no undergraduates and was not ranked.

In a new list of “affordable elites,” Washington Monthly ranked UCLA first, ahead of Harvard, Williams College and Dartmouth; UC's Berkeley, Irvine and San Diego campuses also were in the top 10.

“All Californians should be proud of their university. The excellent showing of our campuses in annual college rankings reflects the hard work and commitment to excellence of our faculty, students and staff,” said UC President Janet Napolitano. “Ultimately, the University of California measures itself by how well we are fulfilling our core missions: teaching, research and public service. By those critical measures, we continue to excel and serve the public interest.”

Also this August, nine UC campuses placed among the top 150 universities in the world in rankings produced by Shanghai Jiao Tong University, which focus on the quality of research and faculty. UC Berkeley came in first among public universities followed closely by UCLA, UC San Diego and UC San Francisco.

In the Times Higher Education World University Rankings for 2013-14, two UC campuses placed in the top 25, and eight in the top 200. Those rankings look at world-class universities across several of their core missions: teaching, research, knowledge transfer and international outlook.

Seven UC campuses were in the top 100 of the U.S. News & World Report rankings of best national universities, public and private, and eight were in the top 150. The rankings focus not only on academic reputation, but also on financial resources and selectivity — factors that favor private and more established public universities. In this year’s rankings, the top 10 are made up entirely of private institutions.

College and university rankings are just one measure of higher education institutions. UC’s commitment to maintaining access and affordability, and educating underserved communities, is reflected in other metrics: