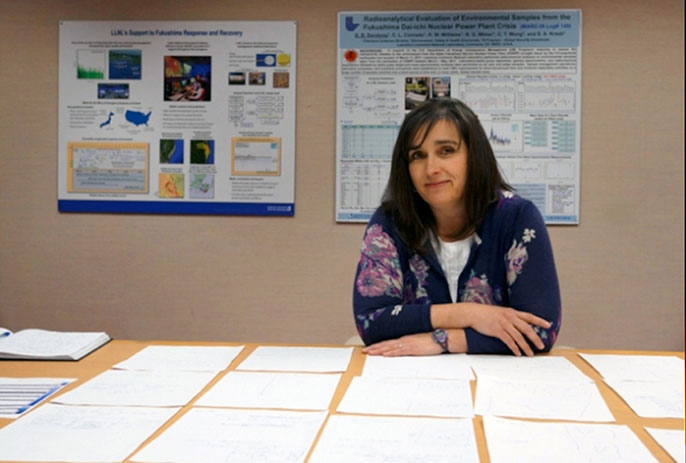 Lawrence Livermore National Laboratory
Kim Budil is the new Vice President for Laboratory Management in the UC Office of the President.

University of California President Janet Napolitano announced today (April 29) the appointment of Kimberly (Kim) Budil as vice president for laboratory management in the Office of the President. She issued the following letter to the UCOP community:

OFFICE OF THE PRESIDENT COMMUNITY

I am writing to let you know that effective May 1, Kimberly (Kim) Budil will assume the position of Vice President for Laboratory Management in the Office of the President.  Acting under the authority granted by the Board of Regents, Chairman Varner and I approved Dr. Budil’s appointment as Vice President, along with her appointment as an Executive Committee Governor on the Boards of Governors of the Lawrence Livermore National Security, LLC and the Los Alamos National Security, LLC.

Dr. Budil is a highly regarded scientist and program manager within the national and global security arenas.  She currently serves as Program Manager of the Nuclear Counterterrorism (N) Program in Global Security at Lawrence Livermore National Laboratory (LLNL).  Dr. Budil is a 27-year LLNL employee with extensive scientific research and management experience across a wide range of Laboratory programs, including Global Security, Weapons and Complex Integration, the National Ignition Facility, and Physical and Life Sciences.  She has worked closely with the Department of Energy (DOE), National Nuclear Security Administration (NNSA), Department of Homeland Security, Department of Defense, Department of State, FBI and intelligence communities.  She has twice served as a LLNL detailee in Washington, D.C., first spending two years at NNSA in the Office of Defense Science and, more recently, nearly two years as a Senior Adviser to the DOE Under Secretary for Science.  In addition, she has long been active in efforts to improve the diversity of the ST&E workforce, serving on the Committee on the Status of Women in Physics of the American Physical Society and leading a number of efforts at LLNL.  She has a Ph.D. in Applied Science/Engineering from the University of California, Davis and a B.S. in Physics from the University of Illinois at Chicago.

I wish to take this opportunity to again thank Glenn Mara, who is stepping down on April 30, for his more than 40 years of devoted service to the nation, the University of California and the UC-affiliated Lawrence Berkeley, Lawrence Livermore, and Los Alamos National Laboratories.  He is the very embodiment of the University’s historic mission of education, research, and public service.  His contributions to the University’s management of the national laboratories has assured their essential role in the nation’s science, technology and engineering enterprise and as trusted advisers to the nation’s national security policy makers.

Please join me in wishing Glenn all the best in his retirement and in welcoming Kim as the new Vice President of Laboratory Management.