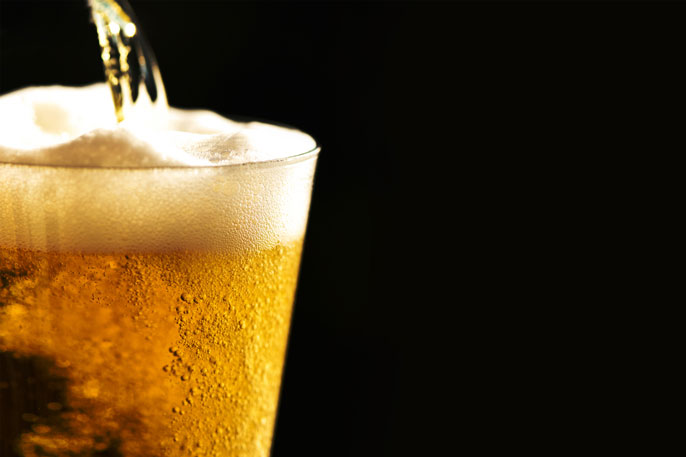 Barley is one of the world’s most important cereal crops.

Looking for a better beer or single malt Scotch whiskey?

A team of researchers at the University of California, Riverside, may have you covered. They are among a group of 77 scientists worldwide who have sequenced the complete genome of barley, a key ingredient in beer and single malt Scotch. The research, 10 years in the making, was just published in the journal Nature.

“This takes the level of completeness of the barley genome up a huge notch,” said Timothy Close, a professor of genetics at UC Riverside. “It makes it much easier for researchers working with barley to be focused on attainable objectives, ranging from new variety development through breeding to mechanistic studies of genes.”

The research also will aid scientists working with other “cereal crops,” including rice, wheat, rye, maize, millet, sorghum, oats and even turfgrass, which like the other food crops, is in the grass family, Close said.

Barley has been used for more than 10,000 years as a staple food and for fermented beverages, and as animal feed.

It is found in breakfast cereals and all-purpose flour and helps bread rise. Malted barley gives beer color, body, protein to form a good head and the natural sugars needed for fermentation. And single malt Scotch is made from only water and malted barley.

The report in Nature provides new insights into gene families that are key to the malting process. The barley genome sequence also enabled the identification of regions of the genome that have been vulnerable to genetic bottlenecking during domestication, knowledge that helps to guide breeders to optimize genetic diversity in their crop improvement efforts.

Ten years ago, the International Barley Genome Sequencing Consortium, which is led by Nils Stein of the Leibniz Institute of Plant Genetics and Crop Plant Research in Germany, set out to assemble a complete reference sequence of the barley genome.

This was a daunting task, as the barley genome is almost twice the size of the human genome and 80 percent of it is composed of highly repetitive sequences, which cannot be assigned accurately to specific positions in the genome without considerable extra effort.

Multiple novel strategies were used in this paper to circumvent this fundamental limitation. Major advances in sequencing technology, algorithmic design and computing made it possible. Still, this work kept teams around the world – in Germany, Australia, China, Czech Republic, Denmark, Finland, Sweden, Switzerland, United Kingdom and the United States – occupied for a decade. This work provides knowledge of more than 39,000 barley genes.

Alcoholic beverages have been made from malted barley since the Stone Age, and some even consider this to be a major reason why humankind adopted plant cultivation, at least in the Fertile Crescent, where barley was domesticated.

During malting, amylase proteins are produced by germinated seeds to decompose energy-rich starch that is stored in dry grains, yielding simple sugars. These sugars then are available for fermentation by yeast to produce alcohol. The genome sequence revealed much more variability than was expected in the genes that encode the amylase enzymes.

Barley is grown throughout the world, with Russia, Germany, France, Canada, and Spain being among the top producers. In the United States, barley is mainly grown in the northwest. Idaho, Montana and North Dakota are the leading producers.

The Nature paper is called “A chromosome conformation capture ordered sequence of the barley genome.”

In addition to Close, the following current and former UC Riverside researchers are co-authors of the paper: María Muñoz‐Amatriaín, a project scientist and Steve Wanamaker, a programmer, both in the Department of Botany and Plant Sciences; Stefano Lonardi, a professor of computer science in the Bourns College of Engineering; and Rachid Ounit, who earned his Ph.D. earlier this year in computer science after working in Lonardi’s lab.

The UC Riverside team’s contributions were supported by grants from the National Science Foundation and the U.S. Department of Agriculture, and annual support through the UC Riverside Agricultural Experiment Station.