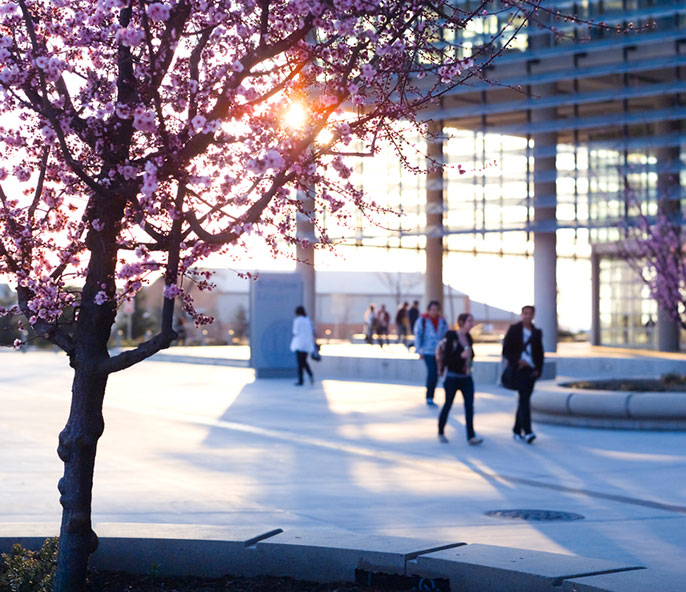 NOTE: After receiving approval from two key committees Thursday morning (Nov. 19), UC Merced’s 2020 Project was approved by the full Board of Regents on Thursday afternoon, in a vote that was initially scheduled for Friday. The following release was issued earlier Thursday, after the vote by the Committee on Finance and the Committee on Grounds and Buildings.

The University of California, Merced, today (Nov. 19) received preliminary approval from two key committees of the UC Board of Regents for its proposal to double the physical capacity of the campus by 2020 — a move that would allow the campus to join other UC campuses in expanding enrollment.

The full board will consider the committees’ recommendation for formal approval of the plan at its regularly scheduled meeting on Friday (Nov. 20).

UC Merced officials said the full board’s approval would authorize the campus to move to the Request for Proposals (RFP) phase of its development plan, known as the 2020 Project. Three major development teams that emerged earlier this year from a rigorous prequalification process will be invited to bid on the project, which will add 919,000 assignable square feet to campus facilities.

In approving the proposal, including its budget and commercial terms, the Committee on Finance and the Committee on Grounds and Buildings found that UC Merced’s proposed development approach, a form of public-private partnership, is in the “best interests” of the University of California and will allow the campus to achieve its growth objectives more rapidly and cost-effectively than traditional methods.

“We are very pleased that the Board of Regents’ committees have endorsed our proposal to partner with a private developer as the best way to add much-needed facilities on a timely and cost-effective basis,” UC Merced Chancellor Dorothy Leland said. “This expansion is critical to UC Merced’s vital mission to bring educational opportunity and economic development to the San Joaquin Valley and to expand access to the UC system for students from all across California.”

Single development team to be selected

The 2020 Project proposal calls for a single private development team to design, build, operate and maintain a broad mix of academic, residential, student life and recreational facilities through a single long-term contract. The selected developer will also provide partial financing to supplement state and UC funding.

UC Merced’s use of a single developer for all phases of the master-planned project is expected to create significant time savings and additional long-term value for the university compared to traditional development methods, campus officials said.

The goal of the project is to support enrollment growth from the current total of nearly 6,700 students to 10,000 students within five to seven years — a level that will allow the campus to reduce the amount of financial support it now requires from the UC system — to create operational efficiencies and to provide a strong base for academic and research achievements.

“I commend Chancellor Leland and the UC Merced team for their leadership in developing a cost-effective solution for expanding the campus’s capacity to serve California,” UC President Janet Napolitano said.

The “design-build-finance-operate-maintain” (DBFOM) model is an innovative form of public-private partnership (P3) increasingly used for infrastructure projects, such as bridges and utility projects, around the world. While the UC system has used other, less complex P3 models for other facilities, the 2020 Project would be the first DBFOM model used for an educational facility anywhere in the United States.

The newest UC campus, opened in 2005 with 875 students, has seen sharp increases in demand in recent years — with an application growth rate that was double the UC system average in 2014 — and has already moved most administrative personnel to off-campus facilities to make room for student and faculty growth.

The 2020 Project is proposed as a mixed-use, master-planned development to be built on a 219-acre, university-owned parcel that includes or is adjacent to the existing campus. The proposal is based on a detailed analysis and recommendations provided by the Urban Land Institute in January 2013.

In May 2013, the Board of Regents approved an amendment to the UC Merced Long-Range Development Plan that would allow the expansion to proceed on a 38 percent smaller footprint than initially planned, saving significant infrastructure costs and development time. Campus officials have been working since then to structure a proposal that would use private resources to leverage state funds available for the project.

The project is expected to create 10,800 new construction jobs in the region (12,600 statewide) and inject another $1.9 billion into the regional economy ($2.4 billion statewide). Through carefully managed growth, permanent employment at the university is expected to increase by some 400 people.

The current schedule calls for the RFP to be issued this fall, with formal bids due in the spring of 2016. Selection of the winning bid and regents’ approval of the external financing and project design would follow in spring or summer. Execution of the formal project agreement, or long-term contract, would occur immediately thereafter, allowing construction to begin in summer 2016.

First deliveries of facilities are planned for 2018. The balance of the project would be substantially completed in 2020.

Under terms of the agreement, the selected developer would be responsible for operating and maintaining the newly constructed facilities in good condition for 35 years. This approach encourages sound, practical design and construction, and eliminates additional budgetary provisions for upkeep during the length of the contract.