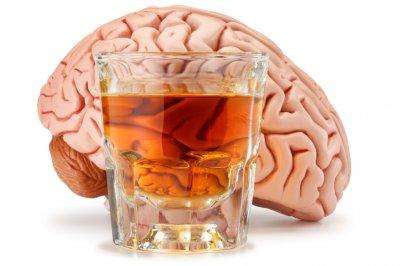 Researchers at the Ernest Gallo Clinic and Research Center at UC San Francisco have been able to identify and deactivate a brain pathway linked to memories that cause alcohol cravings in rats, a finding that may one day lead to a treatment option for people who suffer from alcohol abuse disorders and other addictions.

In the study, researchers were able to prevent the addicted animals from seeking alcohol and drinking it, the equivalent of relapse.

“One of the main causes of relapse is craving, triggered by the memory by certain cues — like going into a bar, or the smell or taste of alcohol,” said lead author Segev Barak, Ph.D., at the time a postdoctoral fellow in the lab of co-senior author Dorit Ron, Ph.D., a Gallo Center investigator and UCSF professor of neurology.

“We learned that when rats were exposed to the smell or taste of alcohol, there was a small window of opportunity to target the area of the brain that reconsolidates the memory of the craving for alcohol and to weaken or even erase the memory, and thus the craving” he said.

In the first phase of the study, rats had the choice to freely drink water or alcohol over the course of seven weeks, and during this time developed a high preference for alcohol.

In the next phase, they had the opportunity to access alcohol for one hour a day, which they learned to do by pressing a lever. They were then put through a 10-day period of abstinence from alcohol.

Following this period, the animals were exposed for five minutes to just the smell and taste of alcohol, which cued them to remember how much they liked drinking it. The researchers then scanned the animals’ brains, and identified the neural mechanism responsible for the reactivation of the memory of the alcohol — a molecular pathway mediated by an enzyme known as mammalian target of rapamycin complex 1 (mTORC1).

They found that just a small drop of alcohol presented to the rats turned on the mTORC1 pathway specifically in a select region of the amygdala, a structure linked to emotional reactions and withdrawal from alcohol, and cortical regions involved in memory processing.

They further showed that once mTORC1 was activated, the alcohol-memory stabilized (reconsolidated) and the rats relapsed on the following days, meaning in this case, that they started again to push the lever to dispense more alcohol.

“The smell and taste of alcohol were such strong cues that we could target the memory specifically without impacting other memories, such as a craving for sugar,” said Barak, who added that the Ron research group has been doing brain studies for many years and has never seen such a robust and specific activation in the brain.

Drug that erases memory of alcohol

In the next part of the study, the researchers set out to see if they could prevent the reconsolidation of the memory of alcohol by inhibiting mTORC1, thus preventing relapse. When mTORC1 was inactivated using a drug called rapamycin, administered immediately after the exposure to the cue (smell, taste), there was no relapse to alcohol-seeking the next day.

Strikingly, drinking remained suppressed for up to 14 days, the end point of the study. These results suggest that rapamycin erased the memory of alcohol for a long period, said Ron.

The authors said the study is an important first step, but that more research is needed to determine how mTORC1 contributes to alcohol memory reconsolidation and whether turning off mTORC1 with rapamycin would prevent relapse for more than two weeks.

The authors also said it would be interesting to test if rapamycin, an FDA-approved drug currently used to prevent organ rejection after transplantation, or other mTORC1 inhibitors that are currently being developed in pharmaceutical companies, would prevent relapse in human alcoholics.

“One of the main problems in alcohol abuse disorders is relapse, and current treatment options are very limited.” Barak said. “Even after detoxification and a period of rehabilitation, 70 to 80 percent of patients will relapse in the first several years. It is really thrilling that we were able to completely erase the memory of alcohol and prevent relapse in these animals. This could be a revolution in treatment approaches for addiction, in terms of erasing unwanted memories and thereby manipulating the brain triggers that are so problematic for people with addictions.”

The other co-authors of the paper are Feng Liu, Ph.D., Sami Ben Hamida, Ph.D., Quinn V. Yowell, B.S., Jeremie Neasta, Ph.D., and Viktor Kharazia, Ph.D., all of the Gallo Center and UCSF Department of Neurology.

The study was supported by funds from the National Institute on Alcohol Abuse and Alcoholism and funds from the State of California for Medical Research on Alcohol and Substance Abuse administered through UCSF.

The UCSF-affiliated Ernest Gallo Clinic and Research Center is one of the world’s preeminent academic centers for the study of the biological basis of alcohol and substance use disorders. Gallo Center discoveries of potential molecular targets for the development of therapeutic medications are extended through preclinical and proof-of-concept clinical studies.