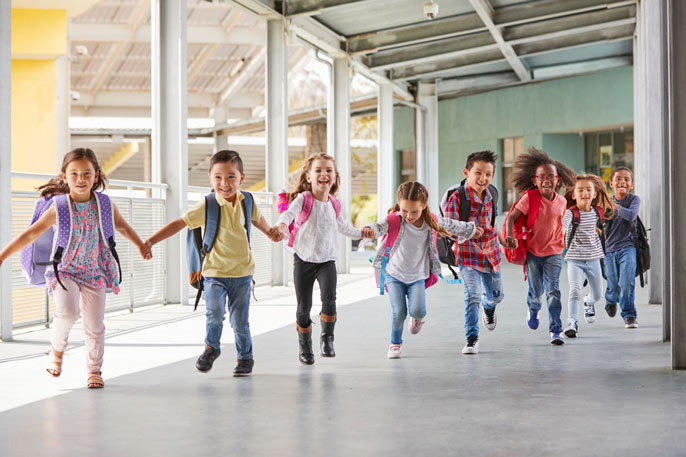 California students have UC Berkeley alumna Lisa Lewis to thank for the extra winks they’ll be able to catch before starting the school day, under a law just signed by Gov. Gavin Newsom.

The law, which goes into effect in 2022, makes California the first state in the country to mandate later start times for middle school and high school students.

“It’s incredibly gratifying to know that journalism has the power to help make a difference. I never could have predicted that the op-ed I wrote would be the catalyst for this new law, but Sen. Anthony Portantino read what I wrote in the LA Times and introduced the bill soon after,” Lewis says. “He has a teenager who’s in high school, so it was an issue that resonated with him.”

people have been asking about the genesis of my interest in late start #SB328. It began when I read a great column in the LATimes by @LewisLisaL - thank you Lisa for launching this journey.

Lewis was studying rhetoric and mass communications at UC Berkeley in the late 1980s when she first learned the power of words. She used that clout in her 2016 Los Angeles Times op-ed, laying out research from the American Academy of Pediatrics and the Centers for Disease Control and Prevention that showed how later school start times help students achieve better grades and test scores and can help districts with funding issues associated with absenteeism.

Her 2016 piece got the attention of Sen. Portantino, D-La Cañada Flintridge, who would ultimately draft a bill calling for later school start times. Under the new law, classes will start at 8:30 a.m. or later for high school students, with middle school students hitting the books at 8 a.m.

In July 2017, Lewis testified before the California State Assembly Education Committee, an experience she called “surreal.” All she’d set out to do in the beginning was to get Redlands High School, in the city of Redlands, to start later than 7:30 a.m. “Ironically, I was not able to make that change locally,” she says, “but it ended up having a far bigger impact.”

Along the way, Lewis joined forces with another UC Berkeley alumna, Irena Keller. As a graduate student, Keller’s research focused on sleep and child development. Keller says research by UC Berkeley professors Matt Walker and Allison Harvey on the impact of sleep on the adolescent brain was a huge asset to this movement.

“I found a huge gap between the science and what was going on in my kids’ schools,” Keller says. As a result, she went online, searching for resources, and found an organization called Start School Later, but it had no California chapter. So, she started one and became the state chapter leader. The all-volunteer grassroots organization was instrumental in coordinating advocates for the legislation.

The legislative path of the bill was a rollercoaster ride. It passed last session, but was vetoed by Gov. Jerry Brown, who said he preferred giving school districts local control over the issue. This year, after the bill again passed the legislature, Newsom signed it into law.