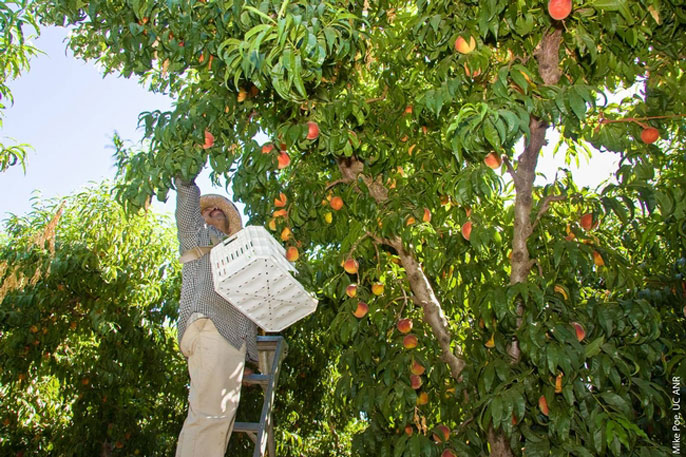 California's working landscape and the industries associated with agriculture and natural resources contribute significantly to the state's economy, according to a new study by the California Community Colleges Centers of Excellence for Labor Market Research, California Economic Summit and the University of California's Division of Agriculture and Natural Resources.

“When people think of California's economy, they think of entertainment, information technology and other industries. They may not think of working landscape,” said Glenda Humiston, University of California vice president, agriculture and natural resources. “People may be surprised to learn that California's working landscape accounts for 6.4 percent of the state's economy, supports more than 1.5 million jobs and generates $333 billion in sales.”

Results of “California's Working Landscape: A Key Contributor to the State's Economic Vitality” were announced Nov. 7 by Humiston and Karen Ross, California Department of Food and Agriculture secretary, during the Ecosystem Vitality and Working Landscapes session at the California Economic Summit at the DoubleTree by Hilton Fresno Convention Center in Fresno.

Their analysis of 2018 data from the North American Industry Classification System showed the value of the working landscape in California comes in ahead of the health care, real estate, retail and construction industries. The top five economic drivers were government (21.9 percent), manufacturing (10.2 percent), information (9.3 percent), professional, scientific and technical services (7.5 percent), and finance and insurance (6.4 percent).

Agricultural production provides the greatest number of jobs, more than 325,000, and generates the second highest sales income, $61 billion in 2018. Although agriculture accounts for 79 percent of working landscape sales income, it is important to note that other working landscape segments are still sizeable when compared to the rest of the nation.

In addition to evaluating the contribution of the industries to the state's economy, the researchers measured the importance and impact of the nine working landscape segments by region. For example, some segments, although relatively small in terms of employment or sales income, are cornerstones of local economies and play a critical role in the livelihoods of communities.

This report does not include economic values for ecosystem services provided by California's working landscape such as clean water, nutritious food and a livable climate, or intangible goods that contribute to human well-being, such as recreation, aesthetic inspiration and cultural

To read the report “California's Working Landscape: A Key Contributor to the State's Economic Vitality,” visit http://ucanr.edu/WorkingLandscape. A one-page executive summary is available at http://bit.ly/2WTA7Vz.