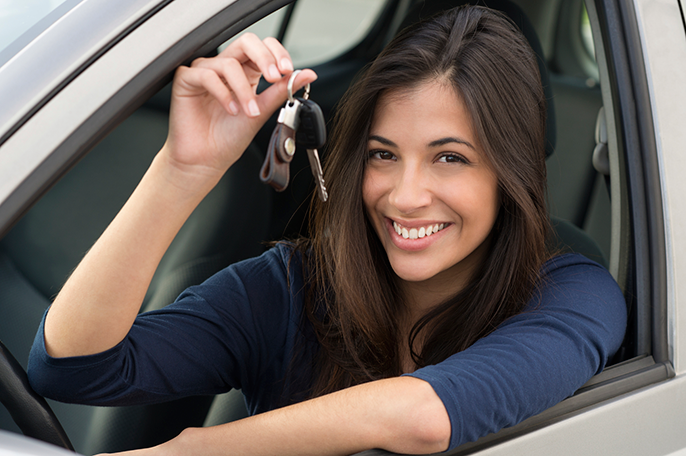 You don't need to be a rocket scientist to figure out why UC Berkeley has designated parking areas for Nobel Laureates: if there's one thing harder to snag than a Nobel prize, it's a parking space on a UC campus.

This is not just a UC issue: The experience of parking on college campuses across the country can often involve circling and circling in hopes of finding someone leaving, expensive permits or parking meters, or long walks from distant overflow lots.

Car sharing programs on campus could be a part of the solution. Researchers at the TSRC joined with Zipcar to ask people at universities across the U.S. and Canada how car sharing programs influenced their behavior. More than 10,000 students, faculty and staff at universities across the US and Canada participated in the survey, with students making up the 90 percent of the respondents.

The findings were promising:

Not spending money on a personal car means more money for other things. The study found that over 40% reported saving money, around $20 in transportation costs each month on average.

Extra money is always welcome, particularly for students, but car sharing seems to have other benefits. Nearly 70 percent of those studied reported improvements to their quality of life, including access to more varied experiences, flexibility and independence.

“This first-ever study of Zipcar car sharing on college and university campuses shows that implementing an on-campus car sharing program can help to alleviate these concerns and improve the well-being of students, faculty, and staff, providing greater accessibility and mobility without the burden of circling for a spot, feeding a meter, or obtaining a permit,” said Shaheen.

Quality of life benefits were reported across all regions of the US and Canada in the study, but were particularly high in rural parts of the western US, where college campuses can be more isolated.

While car sharing can provide additional freedom for those living on or near campus, the overall effect reduces the total number of miles driven by 1 to 5 percent, which in turn reduces greenhouse gas emissions by as much as 2.6 percent, according to the study. Other recent studies by Shaheen and colleagues at the TSRC have found similar effects from car sharing on a broader scale.

“The solution to campus parking isn’t more spots and lots; it’s offering smarter, more sustainable mobility options that give students the freedom to go where they want, when they want, without bringing a car to school,” said Katelyn Bushey, director of university programs at Zipcar. “Sixteen years ago, we launched Zipcar at a single university, making it our mission to make campuses better places to live and learn. Now, we’re at more than 500 colleges and universities in North America, and this study confirms that we’ve delivered on that mission.”