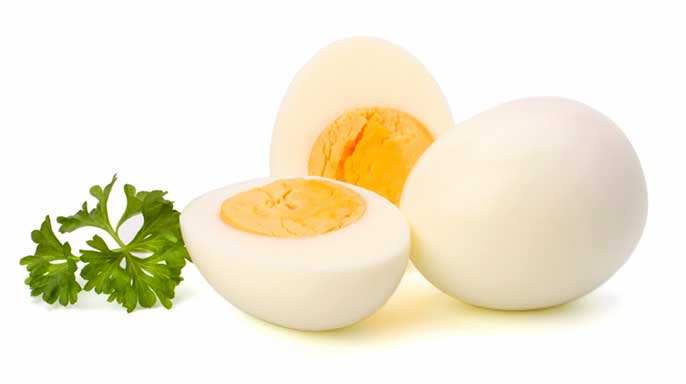 UC Irvine and Australian chemists have figured out how to unboil egg whites — an innovation that could dramatically reduce costs for cancer treatments, food production and other segments of the $160 billion global biotechnology industry, according to findings published today in the journal ChemBioChem.

“Yes, we have invented a way to unboil a hen egg,” said Gregory Weiss, UCI professor of chemistry and molecular biology & biochemistry. “In our paper, we describe a device for pulling apart tangled proteins and allowing them to refold. We start with egg whites boiled for 20 minutes at 90 degrees Celsius and return a key protein in the egg to working order.”

Like many researchers, he has struggled to efficiently produce or recycle valuable molecular proteins that have a wide range of applications but which frequently “misfold” into structurally incorrect shapes when they are formed, rendering them useless.

“It’s not so much that we’re interested in processing the eggs; that’s just demonstrating how powerful this process is,” Weiss said. “The real problem is there are lots of cases of gummy proteins that you spend way too much time scraping off your test tubes, and you want some means of recovering that material.”

But older methods are expensive and time-consuming: The equivalent of dialysis at the molecular level must be done for about four days. “The new process takes minutes,” Weiss noted. “It speeds things up by a factor of thousands.”

To re-create a clear protein known as lysozyme once an egg has been boiled, he and his colleagues add a urea substance that chews away at the whites, liquefying the solid material. That’s half the process; at the molecular level, protein bits are still balled up into unusable masses. The scientists then employ a vortex fluid device, a high-powered machine designed by professor Colin Raston’s laboratory at South Australia’s Flinders University. Shear stress within thin, microfluidic films is applied to those tiny pieces, forcing them back into untangled, proper form.

“This method … could transform industrial and research production of proteins,” the researchers write in ChemBioChem.

For example, pharmaceutical companies currently create cancer antibodies in expensive hamster ovary cells that do not often misfold proteins. The ability to quickly and cheaply re-form common proteins from yeast or E. coli bacteria could potentially streamline protein manufacturing and make cancer treatments more affordable. Industrial cheese makers, farmers and others who use recombinant proteins could also achieve more bang for their buck.

UCI has filed for a patent on the work, and its Office of Technology Alliances is working with interested commercial partners.

Besides Weiss and Raston, the paper’s authors are Tom Yuan, Joshua Smith, Stephan Kudlacek, Mariam Iftikhar, Tivoli Olsen, William Brown, Kaitlin Pugliese and Sameeran Kunche of UCI, as well as Callum Ormonde of the University of Western Australia. The research was supported by the National Institute of General Medical Sciences (grant R01 GM100700-01) and the Australian Research Council (grants DP1092810 and DP130100066).