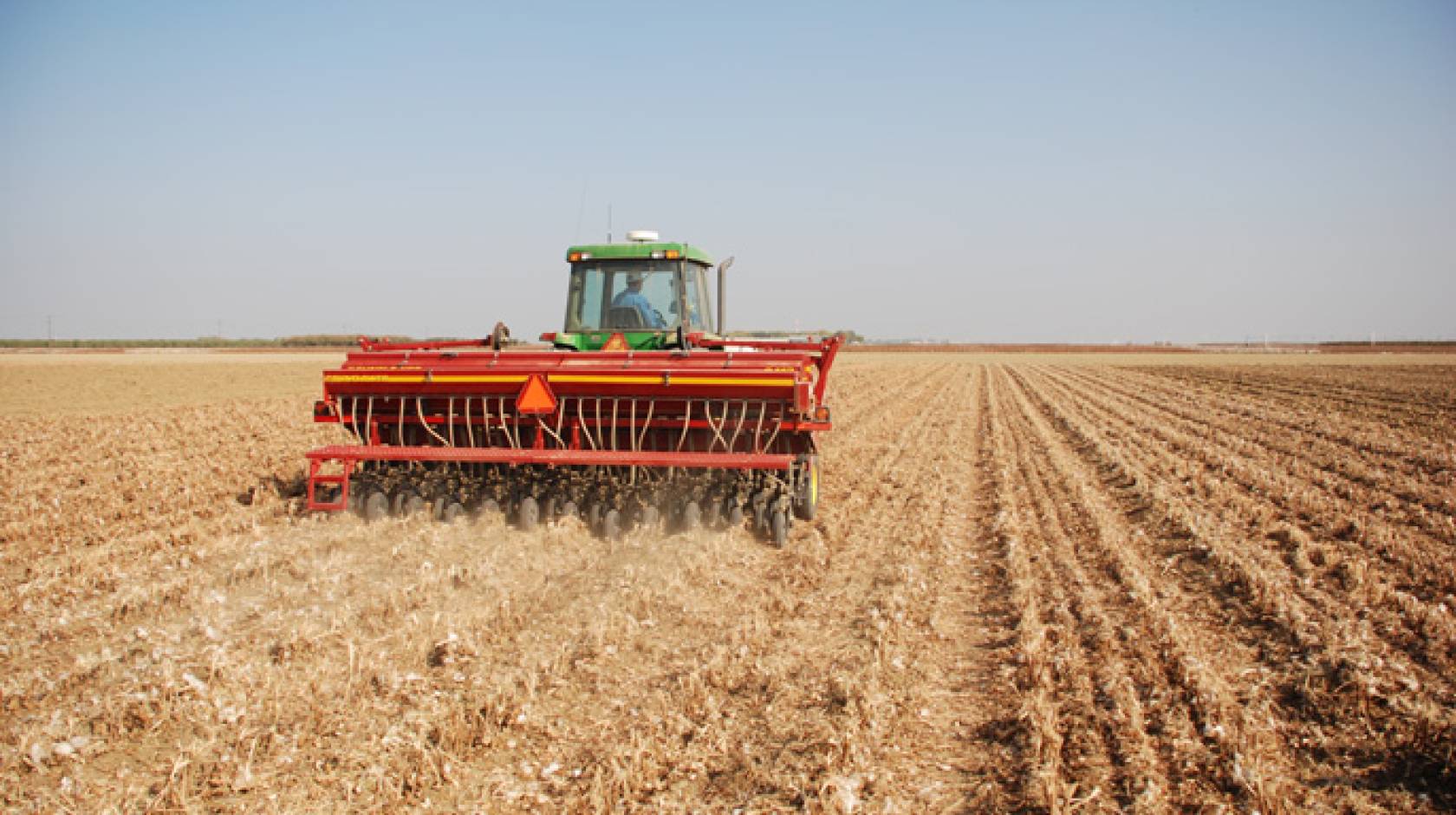 Long-term research by UC Agriculture and Natural Resources scientists has documented the capacity for farmland in the San Joaquin Valley managed with conservation practices to sequester carbon, results that could give farmers a seat at the carbon trading table. The study was published this month in the Agronomy Journal.

Published research results provide evidence that farmers will need to get credit for sequestering carbon if such an opportunity arises in the future. In addition, the conservation practices have been shown to offer other environmental benefits — such as reducing dust emissions and cutting water use — while increasing yield and profit.

Standard tillage is the way most annual crops are managed in the San Joaquin Valley today. The soil is tilled to break up organic matter and reshape beds each year after the crop is harvested. Under no-till management, the plants are left after harvest and the new crop is planted amidst the untouched dead plant residue.

Most years the researchers planted a cover crop mixture that included triticale, rye and peas in November. Around the beginning of March, the cover crop was chopped and disked in on the standard till plots. It was chopped and left on the surface in no-till.

The hike in soil carbon was found in plots where cover crops were planted in the winter and the soil was not tilled. Carbon in the soil rose from the standard baseline levels for this region in California, about 8.8 tons per acre, to 12.9 tons per acre, an increase of about 4.2 tons.

“That is a significant increase in carbon,” Mitchell said.

Carbon sequestration is part of the process of carbon cycling around the earth. Atmospheric carbon — carbon dioxide — is taken up by plants in the process of photosynthesis. The plant respires some of the carbon; the rest is converted into sugars and makes up the structure of the plants' stems, leaves and fruit.

In time, the plant dies, decomposes and the carbon that was part of the body of the plant remains in the soil. Micro-organisms convert the carbon into more stable forms of carbon, like humus.

“This more stable form of carbon in the soil is what contributes to soil organic matter and carbon sequestration in the soil,” Mitchell said. “The soil becomes a carbon sink.”

“We're reducing the atmospheric load of carbon dioxide, a greenhouse gas that plays an important role in global warming,” Mitchell said. “Proving a stable storage location for carbon could allow agriculture to be part of future cap-and-trade programs.”