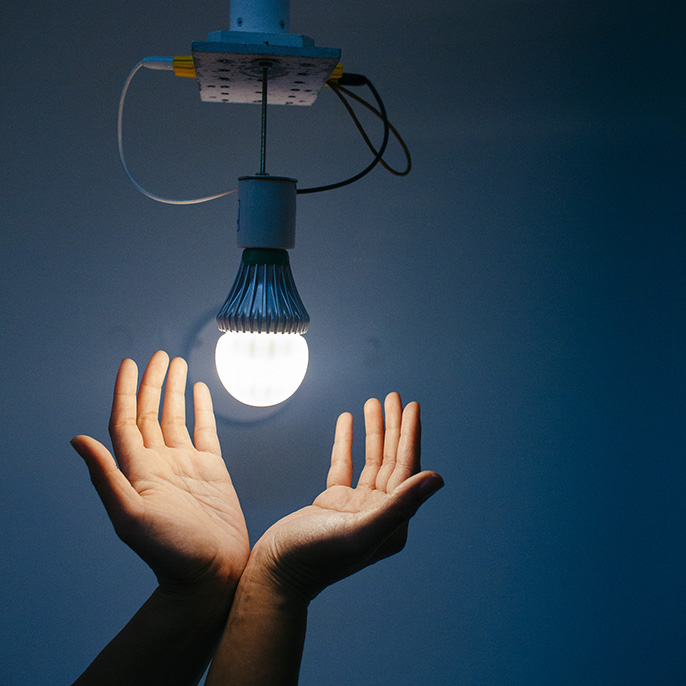 Key dates for the Big Ideas @ Berkeley student innovation contest include:
Sept. 8: Contest launches
Sept. 9 and Sept. 29: The contest’s first information sessions will take place at 6:30 p.m. in Blum Hall, B100, on the UC Berkeley campus; a live webcast also will be available on the Big Ideas website for students participating from other universities
Nov. 12: Mandatory preproposals are due
March 9: Full proposals are due
April 27: Grand Prize Pitch Day
May 4: Awards celebration

The category, now open to undergraduate and graduate students from all 10 UC campuses and six other universities, encourages the adoption of clean energy and resource alternatives that are sustainable and have the potential for broad impact. The category aligns with UC’s efforts to achieve carbon neutrality by 2025.

This year’s Big Ideas contest will provide up to $300,000 in awards and features nine categories, including the Food System Innovations category, open to undergraduate and graduate students from all 10 UC campuses and six other universities. This category is sponsored by the Berkeley Food Institute and Michigan State University’s Global Center for Food Systems Innovation, with the UC Global Food Initiative as a partner.

And for the first time, the Energy and Resource Alternatives category has been opened to all UC students, just one of the ways that the university is building awareness and innovation in support of its climate goals.

“We’re excited to be continuing our partnership with the UC Office of the President, building on last year’s support of the Food System Innovations category, which attracted 41 applications representing 125 students from nine campuses,” said Phillip Denny, who manages the Big Ideas contest on behalf of the Blum Center for Developing Economies at UC Berkeley. “We anticipate seeing strong interest from students in the Energy and Resource Alternatives category.”

When the Big Ideas contest launched 10 years ago, it was a novel concept: Give teams of students with potential breakthrough ideas small sums of money and a variety of support and see what happens. Over the past decade, a lot has happened.

Big Ideas has gone on to seed scores of high-impact projects — from CellScope, which turns the camera of a mobile phone or tablet computer into a high-quality light microscope, to the Cal Climate Action Partnership, a coalition of UC Berkeley students, staff and faculty now pushing to achieve carbon neutrality on campus by 2025. The contest has jump-started successful companies like Captricity, which sells data capture software to digitize handwritten forms, and Back to the Roots, which creates sustainable food products from coffee grounds and other food waste. It also has given funds to nonprofits like We Care Solar, which provides solar-powered suitcases for use in maternity hospitals and clinics, and Acopio, a supply chain information platform for Latin American coffee farmers.

For many student innovators, Big Ideas served as the first step in turning a grand hunch into a viable proposal. Since 2006, the contest has provided support to student teams that have gone on to secure over $55 million in additional funding for their for-profit, nonprofit or hybrid ventures.

Big Ideas brings together such entities as the Blum Center for Developing Economies at UC Berkeley, the United States Agency for International Development, the Center for Information Technology Research in the Interest of Society (CITRIS), the Associated Students of the University of California, and the Berkeley Energy and Resources Collaborative  — as well as over 200 judges and 50 mentors.

As the contest enters its 10th year, its reach encompasses 18 universities, including the entire UC system and the USAID Higher Education Solutions Network, as well as 650,000 students.

“When I first got involved as a Big Ideas judge in 2006, the contest was a campus-based competition open to 30,000 UC Berkeley students,” Denny said. “Now the contest is open to a population equivalent to a medium-sized U.S. city. The results in terms of the creativity of ideas and social impact really show.”

This year’s contest categories include:

This year’s contest will build on a well-honed tradition of coaching teams through eight months of preproposals, mentorship and final submissions. From September to March, when the final proposals are due, teams have the opportunity to attend information sessions, idea generation and networking events, writing workshops, editing blitzes, and office hours with Big Ideas advisers in person and online. In addition, finalist teams will be matched with mentors with expertise relevant to their project from a range of social enterprises, academic institutions, nonprofits and businesses.

Unlike many business competitions, Big Ideas is multidisciplinary — attracting engineers, science majors, public health majors, as well as MBA students  — and is focused on supporting a variety of social ventures including for-profit enterprises, nonprofit organizations and community-based initiatives. The contest challenges students to step outside of their traditional university-based academic work, take a risk, and use their education, passion and skills to work on problems important to them.