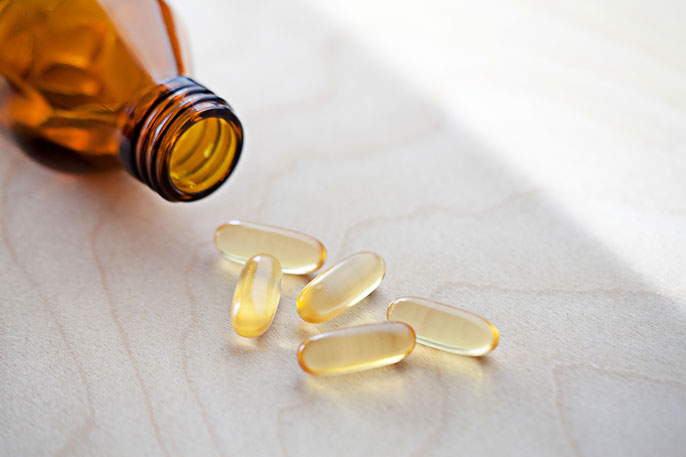 Their epidemiological study is published in the June 15 online issue of PLOS ONE, in collaboration with Creighton University, Medical University of South Carolina and GrassrootsHealth, an Encinitas-based nonprofit organization that promotes vitamin D research and its therapeutic benefits.

The scientists pooled data from two randomized clinical trials with 3,325 combined participants and a prospective study involving 1,713 participants to examine the association between risk of female breast cancer and a broad range of serum 25-hydroxyvitamin D (25(OH)D)  concentrations, which was chosen as the marker because it is the main form of vitamin D in blood.

All women were age 55 or older. The average age was 63. Data were collected between 2002 and 2017. Participants were free of cancer at enrollment and were followed for a mean period of four years. Vitamin D levels in blood were measured during study visits.

Over the course of the combined studies, 77 new cases of breast cancer were diagnosed for an age-adjusted incidence rate of 512 cases per 100,000 person-years.

Current Vitamin D recommendations may be too low

Researchers identified the minimum healthy level of 25(OH)D in blood plasma to be 60 nanograms per milliliter, substantially higher than the 20 ng/ml recommended in 2010 by the Institute of Medicine, now the National Academy of Medicine, a health advisory group to the federal government. Some groups, such as GrassrootsHealth, have advocated higher minimums for health blood serum levels of vitamin D, as much as 50 ng/ml. The matter remains hotly debated.

“We found that participants with blood levels of 25(OH)D that were above 60 ng/ml had one-fifth the risk of breast cancer compared to those with less than 20 ng/ml,” said principal investigator and co-author Cedric F. Garland, DrPH, adjunct professor in the UC San Diego Department of Family Medicine and Public Health. Risk of cancer appeared to decline with greater levels of serum vitamin D.

Multivariate regression was used to quantify the association between 25(OH)D and breast cancer risk, with the results adjusted for age, body mass index, cigarette smoking and intake of calcium supplements, said first author Sharon McDonnell, an epidemiologist and biostatistician for GrassrootsHealth. “Increasing vitamin D blood levels substantially above 20 ng/ml appears to be important for the prevention of breast cancer.”

Garland, who has previously studied connections between serum vitamin D levels and several types of cancer, said the study builds upon previous epidemiological research linking vitamin D deficiency to a higher risk of breast cancer. Epidemiological studies analyze the distribution and determinants of health and disease, but it has been argued that they do not necessarily prove cause-and-effect.

“Nonetheless, this paper reports the strongest association yet between serum vitamin D and reduction in risk of breast cancer,” Garland said.

One-fifth the risk of breast cancer

Garland and others have advocated the health benefits of vitamin D for many years. In 1980, he and his late brother Frank C. Garland, also an epidemiologist, published an influential paper that posited vitamin D (produced by the body through exposure to sunshine) and calcium (which vitamin D helps the body absorb) together reduced the risk of colon cancer. The Garlands and colleagues subsequently found favorable associations of markers of vitamin D with breast, lung and bladder cancers, multiple myeloma and adult leukemia.

To reach 25(OH)D levels of 60 ng/ml, said Garland, would generally require dietary supplements of 4,000 to 6,000 international units (IU) per day, less with the addition of moderate daily sun exposure wearing very minimal clothing (approximately 10-15 minutes per day outdoors at noon).  He said the success of oral supplementation should be determined using a blood test, preferably during winter months.

The current recommended average daily amount of vitamin D3 is 400 IU for children up to one year; 600 IU for ages one to 70 years (including pregnant or breastfeeding women) and 800 IU for persons over age 70, according to the National Academy of Medicine.

A 2009 paper published in the Annals of Epidemiology by Garland and colleagues recommended a healthy target level of serum 25(OH)D of 40 to 60 ng/ml, based on an expert consensus panel. This statement was published in Annals of Epidemiology (2009). Oral doses of vitamin D are often not specified since different individuals require different intakes to achieve targeted serum range. Except under medical supervision and monitoring, intake of vitamin D3 must not exceed 10,000 IU per day. Blood serum levels exceeding 125 ng/ml have been linked to adverse side effects, such as nausea, constipation, weight loss, heart rhythm problems and kidney damage.

Funding for this research came, in part, from the National Institute on Aging (AG14683), the National Cancer Institute (CA129488) and GlaxoSmithKline.