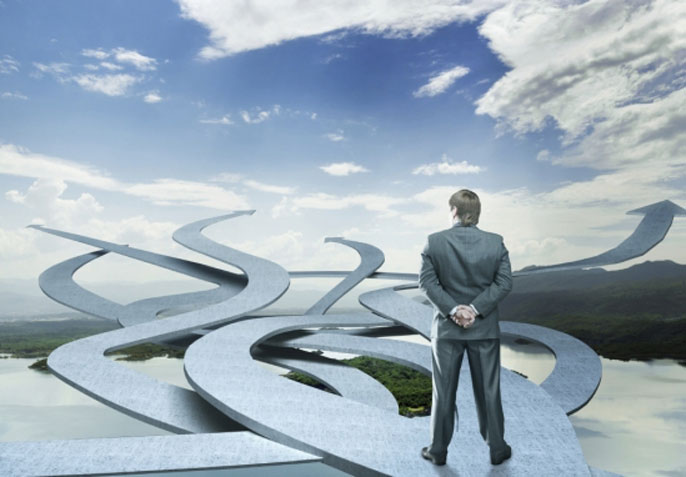 Arriving home from work to find your partner toiling away in the kitchen, odds are you’ll jump in and help. That’s human nature. But if you’re flat out ordered to help? That’s a different story.

Remove the perception of choice and you’re in fact more likely to recoil from cooperation and go a different direction altogether. Maybe you suddenly have other plans for dinner.

The intricacies of free will — and how a belief in the notion, or lack thereof, impacts our behavior — are examined in a new study by UC Santa Barbara psychologists John Protzko and Jonathan Schooler. Their findings appear in the journal Cognition.

The results show that while people are intuitively cooperative, challenging their belief in free will corrupts this behavior and leads to impulsive selfishness. However, when given time to think, participants are able to override the inclination toward self-interest.

“Challenging a person’s belief in free will corrupts the more automatic and intuitive mental processes,” said corresponding author Protzko, a postdoctoral scholar in Schooler’s META (Memory, Emotion, Thought, Awareness) Lab in UCSB’s Department of Psychological & Brain Sciences. “Our study suggests that a challenge to an individual’s belief in free will can shift this default mechanism — at least temporarily — to become intuitively uncooperative and cause an individual to act in their own self-interest.”

"Discounting free will changes the way we see things"

To test why discounting the existence of free will increases the likelihood of uncooperative behavior, Protzko and Schooler recruited 144 people to play an economic contribution game called Public Goods. Subjects chose how much of their own “money” to put into a public pot. Their contributions were doubled and the communal pot was evenly divided among the players. They were also able to keep the money they didn’t pool.

In one of two manipulations used to determine why behavior changes when free will is challenged, the investigators placed time constraints around participant contributions to the public pot. This, in essence, influenced the players’ sense of free will. Some subjects were told they must read instructions and decide how much to donate within 10 seconds; others were told to wait 10 seconds before making their decision.

A separate manipulation was presented in the guise of an unrelated pilot study to see if reading certain passages alters mood. The passage argued that neuroscience had recently proved that our decisions, or what we perceive as decisions, are made by complex brain interactions before we have conscious access to them. Control participants read an article on whether nuclear energy is environmentally friendly.

The researchers then assessed the degree of belief participants had in free will by asking them to rate, on a 1-100 scale, their agreement with the statement, “I have free will.” Those who read the neuroscience article agreed significantly less (75.6) than those who read the control passage (86.6).

“Challenging a person’s belief in free will did not seem to provide them with a conscious justification for uncooperative behavior,” Protzko said. “If it did, we should have observed fewer contributions when people were given adequate time to think about their decision on the amount to contribute.

“It’s very damaging to hear that we don’t have free will,” said Protzko. “Discounting free will changes the way we see things. Yet given time, we recover and go about our lives as though nothing were different.”

This work was funded by grants from the Fetzer Foundation and supported by a grant from the John Templeton Foundation.