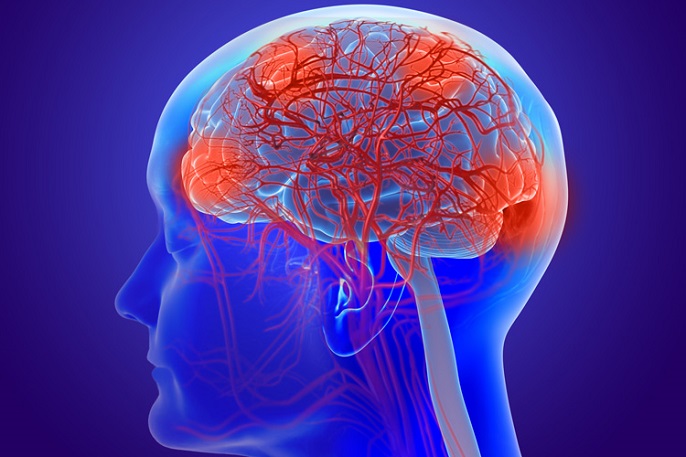 UC Berkeley scientists propose a radical new theory that the memory loss and cognitive dysfunction of aging is due to a leaky barrier between the blood stream and the brain.

Drugs that tamp down inflammation in the brain could slow or even reverse the cognitive decline that comes with age.

In a publication appearing in the journal Science Translational Medicine, University of California, Berkeley, and Ben-Gurion University scientists report that senile mice given one such drug had fewer signs of brain inflammation and were better able to learn new tasks, becoming almost as adept as mice half their age.

“We tend to think about the aged brain in the same way we think about neurodegeneration: Age involves loss of function and dead cells. But our new data tell a different story about why the aged brain is not functioning well: It is because of this “fog” of inflammatory load,” said Daniela Kaufer, a UC Berkeley professor of integrative biology and a senior author, along with Alon Friedman of Ben-Gurion University of the Negev in Israel and Dalhousie University in Canada. “But when you remove that inflammatory fog, within days the aged brain acts like a young brain. It is a really, really optimistic finding, in terms of the capacity for plasticity that exists in the brain. We can reverse brain aging.”

The successful treatment in mice supports a radical new view of what causes the confusion and dementia that often accompany aging. More and more research shows that, with age, the filtration system that prevents molecules or infectious organisms in the blood from leaking into the brain — the so-called blood-brain barrier — becomes leaky, letting in chemicals that cause inflammation and a cascade of cell death. After age 70, nearly 60 percent of adults have leaky blood- brain barriers, according to Friedman’s magnetic resonance imaging (MRI) studies.

An accompanying paper by the two researchers and Dan Milikovsky of Ben-Gurion University shows that the inflammatory fog induced by a leaky blood-brain barrier alters the mouse brain’s normal rhythms, causing microseizure-like events — momentary lapses in the normal rhythm within the hippocampus — that could produce some of the symptoms seen in degenerative brain diseases like Alzheimer’s disease. Electroencephalograms (EEGs) revealed similar brain wave disruption, or paroxysmal slow wave events, in humans with epilepsy and with cognitive dysfunction, including Alzheimer’s and mild cognitive impairment (MCI).

Together, the papers give doctors two biomarkers — leaky barriers detectable by MRI and abnormal brain rhythms detectable by EEG — that can be used to flag people with blood-brain barrier problems, as well as a potential drug to slow or reverse the consequences.

Scientists have long suspected that a leaky blood-brain barrier causes at least some of the tissue damage after brain injury and some of the mental decline that comes with age. But no one knew how.

In 2007, however, Friedman and Kaufer linked these problems to a blood protein, albumin. In 2009, they showed that when albumin leaks into the brain after trauma, it binds to the TGF-β (TGF-beta) receptor in brain cells called astrocytes. This triggers a cascade of inflammatory responses that damage other brain cells and neural circuits, leading to decreased inhibition and increased excitation of neurons and a propensity toward seizures.

They also showed in mice that blocking the receptor with an antihypertension drug, losartan, prevented the development of epilepsy after brain trauma. Epilepsy is a frequent consequence of concussions like those sustained by soldiers from roadside bombs.

Subsequent studies revealed leakiness in the barrier after stroke, traumatic brain injury and football concussions, solidly linking albumin and an overexcited TGF-β receptor to the damage resulting from these traumas.

In their new studies, Kaufer and Friedman showed that introducing albumin into the brain can, within a week, make the brains of young mice look like those of old mice, in terms of hyperexcitability and their susceptibility to seizures. These albumin-treated mice also navigated a maze as poorly as aged mice.

“When we infused albumin into the brains of young mice, we recapitulated aging of the brain: the gene expression, the inflammatory response, resilience to induced seizures and mortality after seizures, performance in a maze. And when we recorded their brain activity, we found these paroxysmal slow wave events,” Kaufer said. “And all were specific to the site we infused. So, doing this is sufficient to get an aged phenotype of this very young brain.”

When they genetically engineered mice so that they could knock out the TGF-β receptor in astrocytes after they’d reached old age, the senile mouse brains looked young again. The mice were as resistant to induced seizures as a young mouse, and they learned a maze like a young mouse.

Serendipitously, a Palo Alto, California, medicinal chemist, Barry Hart, offered to synthesize a small-molecule drug that blocks the TGF-β receptor in astrocytes only, and that could traverse the blood-brain barrier. When they gave the drug, called IPW, to mice in doses that lowered the receptor activity level to that found in young mice, the brains of the aged mice looked younger, too. They showed young brain-like gene expression, reduced inflammation and improved rhythms — that is, reduced paroxysmal slow wave events — as well as reduced seizure susceptibility. They also navigated a maze or learned a spatial task like a young mouse.

Altogether, the evidence points to a dysfunction in the brain’s blood filtration system as one of the earliest triggers of neurological aging, Kaufer said.

Kaufer, Friedman and Hart have started a company to develop a drug to heal the blood-brain barrier for clinical treatment and hope that the drug will help reduce brain inflammation — and, thus, permanent damage — after stroke, concussion or traumatic brain injury, and eventually help older adults with dementia or Alzheimer’s disease who have demonstrated leakage of the blood-brain barrier.

“We got to this through this back door; we started with questions about plasticity having to do with the blood-brain barrier, traumatic brain injury and how epilepsy develops,” Kaufer said. “But after we’d learned a lot about the mechanisms, we started thinking that maybe in aging it is the same story. This is new biology, a completely new angle on why neurological function deteriorates as the brain ages.”