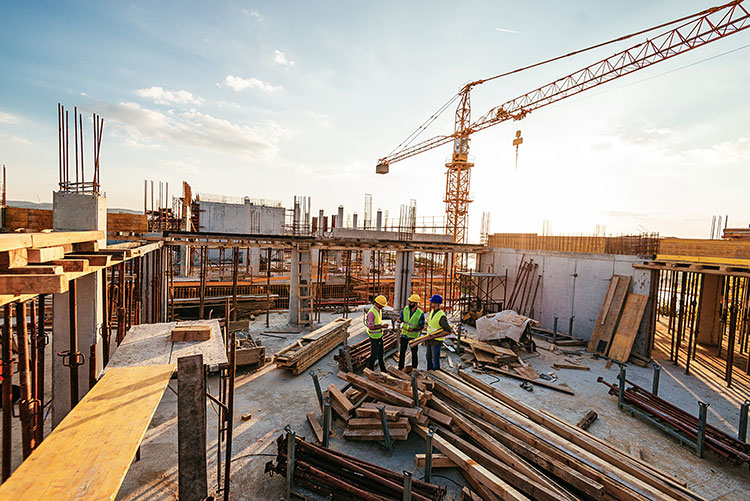 While the U.S Department of Commerce’s release of a 3.1 percent growth rate for GDP in the first quarter was celebrated as evidence there is no recession in the near future, a closer look at the details behind that 3.1 percent number leaves little reason for celebration. Similarly, recent employment data may not appear as robust as reported, which affects the outlooks for the nation and California.

The current forecast opens with a paper on research by UCLA Anderson Professor Emeritus Edward Leamer that searches for recession precursors. “The first step toward making a recession forecast is looking at what was unusual in the four quarters before recessions,” he writes.

An inverted yield curve also emerges as an important and well-known part of a recession alarm.

“The effect of the first quarter of 2019 data is to increase the recession probabilities from near zero to 15 percent for the next year and to between 24 percent and 83 percent for the year after that,” Leamer writes.

In addition, the expected number of quarters remaining in this expansion falls from 7.1 to 5.5 when the first quarter of 2019 data are included. That is just one quarter beyond a single year. In other words, he writes, “don’t worry about the coming year; worry about the year after that.”

His conclusion: “Don’t celebrate the 3.1 percent GDP growth estimate for the first quarter of 2019.” That data actually increases the risk of a recession in the next couple of years.

In one of his two papers in the current report, UCLA Anderson Forecast senior economist David Shulman sees very modest changes since the March 2019 economic forecast.

Based on a large inventory buildup, a substantial decline in imports, surprising strength in exports and a bulge in state and local spending on road repairs associated with this winter’s storms, Shulman describes a “3-2-1 economy, where growth on a fourth-quarter-to-fourth-quarter basis was reported at 3.1 percent in 2018 and is forecast to be 2.1 percent and 1.4 percent in 2019 and 2020, respectively. For 2021, we are forecasting a rebound to 2.1 percent.”

Concurrently, Shulman warns that “when the economy slows to 1 percent growth, the risk of a recession becomes very real, with the second half of 2020 being most problematic.

“With job growth slowing to a crawl of about 40,000 a month in 2020, the risk of a recession in the latter part of that year is nontrivial,” he writes. “Inflation is forecast to run somewhat above 2 percent and the Fed will maintain stable interest rates until the second half of 2020, when we forecast two rate cuts. The downside risk to the economy comes from increased trade tensions and the upside risk would come from housing activity rising out of its stupor.”

Shulman’s second paper focuses on the commercial real estate market, where price increases have stalled at an annual 2.1 percent rate in the past three years and construction spending is in the process of leveling off. Of the four categories in the commercial real estate market (apartments, industrial, office and retail), only the industrial sector has soared in terms of new construction and rents, a result of rising demand from the e-commerce segment.

With strong demand for close-in industrial space, the U.S. is seeing increased construction of multistory warehouses, the type that have typically been found only in Japan, Shulman writes. “It’s no wonder that store-based retail is in a world of hurt”

As employment growth slows, construction starts will be reduced and asset values will modestly soften. The multifamily and industrial sectors will continue to do well, while the retail space remains problematic.

California’s rapid job growth, with full employment for the past year, is slowing down. This is primarily based on employers having a hard time finding qualified new employees. However, employment is only part of the picture.

Reflecting an outlook that is similar to the nation’s, the forecast expects modest changes to its previous update in March 2019 for the state.

“Weakness in housing as well as the slowing U.S. economy is reflected in a very modest growth rate in the U.S. in late 2020,” Nickelsburg writes. “As a consequence, we expect California’s average unemployment rate to rise slightly to an average of 4.6 percent in the first quarter of 2021. For the entire year for 2020 and 2021, we expect average unemployment rates of 4.3 percent and 4.4 percent, respectively.”

“The continued growth in real personal income in 2020 is reflective of the changing mix of employment in California and tight labor markets in high wage occupations,” Nickelsburg writes. “Home building will be lower by about 9,000 units this year than previously forecast, but grow to about 146,000 units run-rate by the end of the 2021 forecast. The significant building rate toward the end of the forecast will be a response to easing zoning and regulatory requirements for developers, and an expected reduction in interest rates by 2021.”

Although construction activity has slowed in recent quarters, particularly in residential construction, the costs for some global commodities used in construction have remained high. Steel prices, for example, had been rising steadily since 2016. Only since 2018 have they been dropping, a decline that is puzzling, given the tariffs imposed on steel in 2018.

Labor costs, a significant part of total construction costs, have risen, a result of high hourly wage growth since 2014. The annual wage growth, between 3 percent and 3.5 percent, may signify a tight labor market supply. The power sector in private, nonresidential construction has seen the largest investment during the past few years, with increased activity in oil, gas and electricity facilities as the U.S. became one of the largest energy producers with a rapid surge of energy exports.

Amid the recent escalation of trade tensions, it appears that the two largest economies in the world are moving in a direction that some have named the Thucydides Trap, in which a rising power and the existent dominant power move inexorably toward conflict, in this case an economic one. The areas that will likely be most adversely affected will include consumer goods, intermediate and final manufactured goods, and technology.

“If increased new tariffs on some $200 billion of Chinese imports remain for a lengthy time, China’s world factory, global supply chains, and the U.S. import and distribution system could be disrupted in a significant way,” the forecast authors write. “We could see an accelerated exodus of manufacturers from China to avoid the current 25 percent tariffs and the potential additional 25 percent tariff on the balance of Chinese exports in the future.”

On the U.S. side, consumers will see higher prices and producers a more difficult competitive environment. Can a new trade agreement be reached in the near future? The authors conclude that hardening positions on both sides will make this more difficult to achieve.

UCLA Anderson Forecast is one of the most widely watched and often-cited economic outlooks for California and the nation, and was unique in predicting both the seriousness of the early-1990s downturn in California and the strength of the state’s rebound since 1993. More recently, the forecast was credited as the first major U.S. economic forecasting group to declare the recession of 2001.