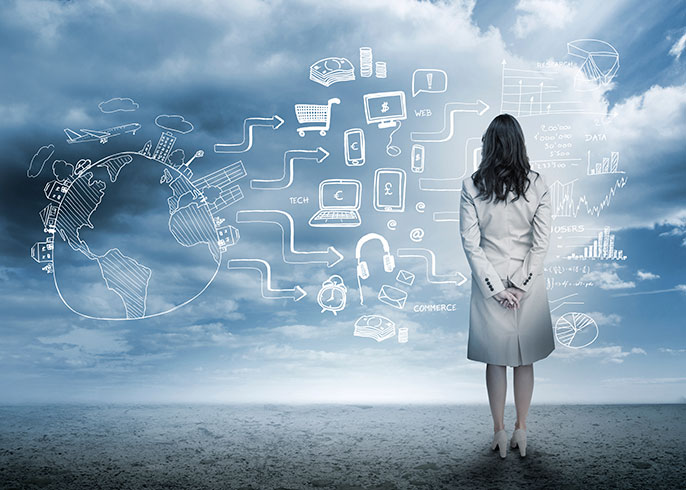 Showing women and underrepresented minorities how computer science connects with their own interests in the arts, education, health care, environment and other fields is important, says UCLA education professor Linda Sax.

Linda Sax, professor of education in UCLA’s Higher Education and Organizational Change Division, is leading a multi-institutional effort to examine how effective computer science departments at 15 colleges and universities are at recruiting and retaining women and underrepresented minority students as computer science majors.

The project, titled, “Building Recruiting and Inclusion for Diversity” (BRAID), is being funded by Facebook, Google, Intel, Microsoft and other major corporate sponsors. The research grant awarded to UCLA Education is for $210,000 over the next three years.

The BRAID project is a collaboration among UCLA, Harvey Mudd College and the Anita Borg Institute for Women and Technology of Palo Alto, California. Among the universities they will be looking at are UC Irvine, Arizona State University, the University of Illinois at Chicago, the University of North Texas and Villanova University.

Sax is currently in the first year of this mixed-methods study and is interviewing department chairs, faculty, administrators and students. The quantitative elements of the study will involve surveys of students in introductory computer science courses and the faculty who teach them.

“What we’re going to be looking at is what these schools do differently,” noted Sax. “The mission behind BRAID is to see whether and how computer science department chairs change the culture of their departments … and effect change with committed leadership from the top.”

Sax said that BRAID’s four-pronged purpose involves revamping introductory computer science courses, promoting double majors and the interdisciplinary relevance of computer science, outreach to high schools and the building of a sense of community within the discipline for women and minorities. The project aims to “create a model where computer science is taught in the context of why it matters and what implications it has for education, health care, environment, the arts… and to find ways for students to connect with computer science through their own interests,” she said.

“Because of longstanding stereotypes, a lot of students might think, ‘I don’t want to be a programmer,’” Sax said. “But if they want to be in the arts and they know how to program, they can work in their area of interest. There is computing in art and design, the digital humanities and countless other fields. There’s a lot of overlap between what you can do in computer science and the applications in broader fields.”

While the presence of women in computing has ebbed and flowed over time, women are still “vastly underrepresented in computer science,” Sax said. She noted that only 18 percent of undergraduate computer science majors are women, with even lower representation for women of color.

“Women are so underrepresented in this field in a way that is more challenging to deal with than other fields,” said Sax. In all the years she has spent tracking results of the Freshman Survey, Sax has seen that women have made progress in medicine; they’re now more likely than men to want to become doctors. The number of women who aspire to go to law school or have business careers has gone up. These are all areas that were formerly [dominated] by men, she noted.

But in computer science, as in engineering, there has not been that kind of progress. “In fact, despite numerous efforts to attract women to computing, the gender gap is only growing larger,” Sax said.

She is continuing to secure more funding for BRAID, which she hopes to expand into a more robust study over time to examine how students who are retained in computer science programs develop a sense of identity within the field.

The multi-institutional nature of BRAID makes it unique, she said.

“Most of the work that’s been done to look at what happens with gender in computing is done at single institutions,” noted Sax. “From the start, the BRAID effort was developed with an eye toward evaluation and research [to see] how computing is taught across institutions, and how differences between institutions might lead to increased retention and improvement for women and students of color.”

BRAID has recently partnered with the Computing Research Association (CRA) to use the comparative data for students and women of color at non-BRAID institutions from CRA’s annual survey of students in computer science.

“The ultimate goal is to diversify computer science,” said Sax. “From a big-picture perspective, it matters because we all use technology. We all are reliant on technologies that are developed by a very homogenous, select few. Without the voices of diverse communities in developing computer applications, [everybody's] needs ... are not being met. We hope that the findings from this project will help make a difference.”

This story originally appeared in Ampersand, a publication of the UCLA Graduate School of Education and Information Studies.