Food education streams into the spotlight 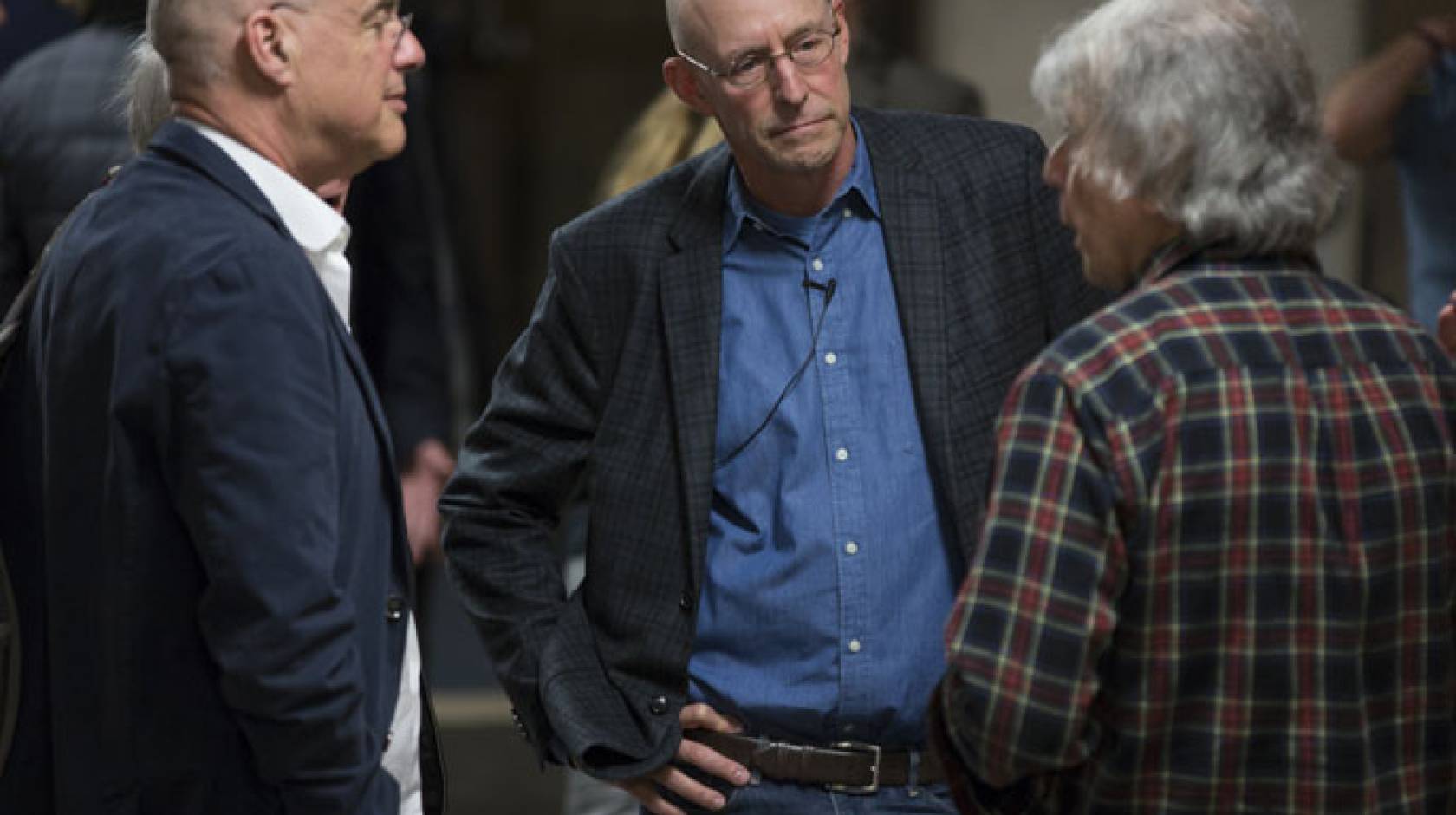 The Edible Education 101 course at UC Berkeley kicked off Monday (Jan. 26) with big-name excitement: an auditorium packed with students, the buzz of a public live-streamed audience and luminaries tackling the timely topic of food.

Not just what we eat, but also how food is produced and its impacts on the economy, health and the environment. How the food system has been transformed, why it matters and what we can do about it.

Pollan and Chez Panisse chef Alice Waters, a UC Berkeley alumna who founded the Edible Schoolyard Project, started Edible Education in 2011 as a way to bring food education to undergraduate students. This semester’s course — which is co-hosted by New York Times food columnist Mark Bittman and poet Robert Hass — has an added dimension: Lectures are being live streamed to the public. The opening lecture has received more than 1,500 views so far. Upcoming guest speakers will include Marion Nestle, Eric Schlosser and Raj Patel.

“We’re a public university,” said course instructor Garrison Sposito, a renowned UC Berkeley soil scientist. “Let’s reach the public. How can we do that in today’s world? Let’s do that by technology.”

“If you look at the lineup of speakers, it’s pretty impressive,” said Bittman, who is a distinguished visiting fellow this spring at the Berkeley Food Institute. “I think the results will be fantastic.”

Having the support of UC President Janet Napolitano and the Global Food Initiative adds credibility to the study of food, said Nestle, a food studies, nutrition and public health expert who will deliver the next Edible Education lecture Feb. 2.

Nestle, a New York University professor with a visiting appointment at UC Berkeley’s journalism school, recalled having to convince NYU’s administration in 1996 that food studies was a suitable academic pursuit. “We were it at the time,” Nestle said. “Now everybody’s doing it. It’s very exciting.”

Hass, a UC Berkeley professor of English and former U.S. poet laureate who has taught an environmental studies course with Sposito, said that when they invited Pollan to speak nearly two decades ago, “you could see the way students were engaged. Immediately, they could connect.” Today’s students are even more sophisticated, Hass said.

“It’s important that we all become more aware of what the food industry is doing — I can’t walk by without someone eating a hamburger,” UC Berkeley sophomore Audrey Nguyen said. “We can’t sacrifice our health for convenience.”

Pollan said there is a place for meat but he encouraged people to eat less of it and said he would like to see changes in how animals are raised. During his lecture, “A Brief History of the Modern Food System,” he noted a rapid transformation into an oil-dependent food chain. He demonstrated his point by placing a McDonald’s hamburger on a table with four glasses, into which he poured a dark liquid (chocolate syrup) meant to represent oil.

“(It takes) 26 ounces of oil to produce one double quarter pounder with cheese,” Pollan said. “We’re eating a lot of oil.”

Upcoming Edible Education lectures will further explore the rise and future of the food movement.