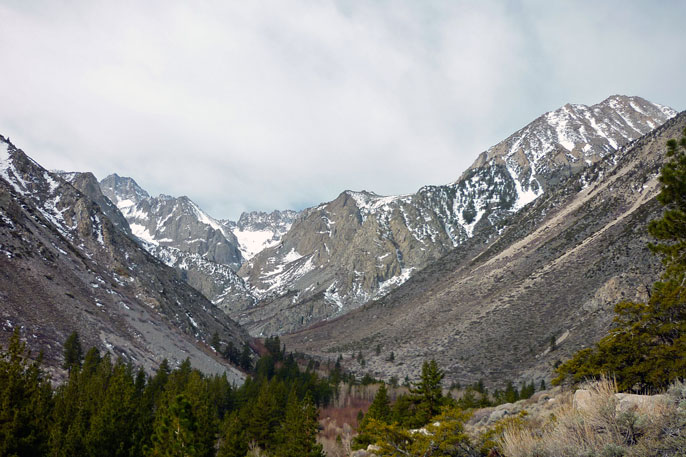 In 2015, higher temperatures combined with low precipitation, leading to one of the lowest snowpack levels on record in California.

For perennially drought-stricken California, a new study from professors at UCLA and Oregon State University, shows cause for alarm surrounding the record-low snowpack levels of 2015.

The researchers attribute the low snowpack levels to high temperatures caused by both greenhouse gases and, in some areas, a recently discovered enormous patch of warm water in the northern Pacific Ocean, dubbed “The Blob.” In 1977, which was the last year of major snow drought, the low snowpack levels were attributed primarily to lack of precipitation.

“The story in 2015 was really the exceptional warmth,” said Dennis Lettenmaier, UCLA geography professor, one of the authors of the study which was published today in the journal Geophysical Research Letters. “Historically, droughts in the West have mostly been associated with dry winters, and only secondarily with warmth. But 2015 was different, especially in California, but in Oregon and Washington as well — the primary driver of the record low snowpacks was the warm winter.”

Last year more than 80 percent of sites measured in the westernmost region of the United States experienced record-low snowpacks, which feed streams and rivers as they melt, providing crucial water supply.

California has been in a drought since 2011 and this multi-year period of low precipitation, by some measures, is the state’s most severe in 500 years. In 2015, higher temperatures combined with low precipitation, leading to one of the lowest snowpack levels on record.

Oregon and Washington, on the other hand, also experienced much higher-than-average temperatures during the 2014–15 winter but were not as dry as California. Oregon, in fact, was 6.5 degrees warmer than average during that period.

“The 2015 snowpack season was an extreme year,” said Philip Mote, director of the Oregon Climate Change Research Institute at Oregon State University and lead author on the study. “But because of the increasing influence of greenhouse gases, years like this may become commonplace over the next few decades.”

The 2015 year was an eye-opener for the scope of the snow drought:

To determine the impact of greenhouse gases, the researchers used  tens of thousands of citizen computers to create, in essence, a supercomputer  able to crowdsource regional climate simulations. They ran one set of simulations using actual sea surface temperatures and greenhouse gas emissions from December 2014 to September 2015.

After running two additional simulations based on different assumptions, the data showed that both human influence and sea surface temperature anomalies contributed strongly to the risk of snow drought in Oregon and Washington, said Mote, who also is a professor in OSU’s College of Earth, Ocean, and Atmospheric Sciences.

“The contribution of sea surface temperatures was about twice that of human influence for Oregon and Washington,” he said.

Higher sea surface temperatures led to a huge patch of warm water, known as “the Blob,” which appeared in the northern Pacific Ocean more than two years ago. Scientists aren’t sure why the blob formed, though many blame a ridge of high pressure that brought sunnier weather and less mixing of surface water with colder, deeper water.

“Some recent studies suggest that a high pressure ridge that caused warmer temperatures over land also created the blob, but our results suggest that the blob itself may also have contributed to the warm winter here,” Mote said.