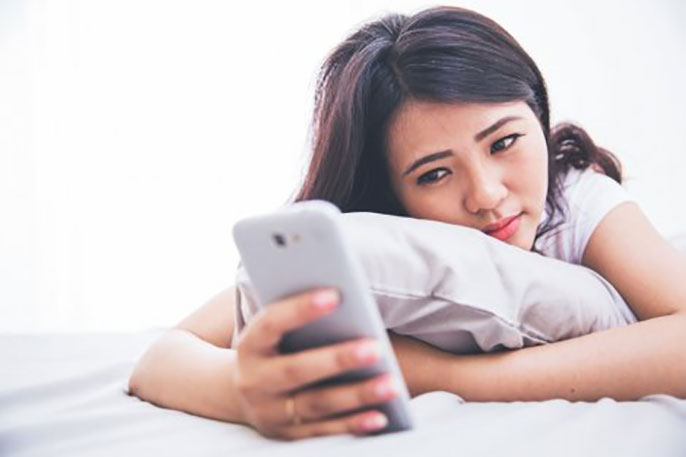 Personal voice assistants are increasingly used by smartphone owners for a range of health questions, but in a new study the telephone conversational agents responded inconsistently and incompletely to simple questions about mental health, rape and domestic violence.

Often, the phone assistants did not recognize the nature of the concern or they failed to refer the caller to appropriate resources, such as a suicide prevention helpline, according to the joint study by UC San Francisco and Stanford University.

The paper will be published today (March 14) in JAMA Internal Medicine.

Siri, one of the best known conversational agents, springs into action if she hears “I want to commit suicide,” providing the number of the National Suicide Prevention Lifeline and offering to do the dialing. But Siri, much like other conversational agents, has never heard of rape or domestic violence, the researchers found.

“Depression, suicide, rape and domestic violence are widespread but under-recognized public health issues,” said Eleni Linos, M.D., Dr.PH, an assistant professor at UCSF and senior author of the paper. “This is a huge problem, especially for women and vulnerable populations. Conversational agents could be a part of the solution. As ‘first responders,’ these agents could help by referring people to the right resources during times of need.”

Some 200 million adults in the U.S. own a smartphone, and more than 60 percent use the phone for health information. Conversational agents are smartphone-based computer programs designed to respond to users in “natural” language that mimics real conversations.

The study findings point to significant gaps in the artificial intelligence of the conversational agents, which are typically part of a phone’s operating system. They found that Siri and other smartphone intelligent assistants trivialized some important inquiries or failed to provide appropriate information, particularly when it came to questions about interpersonal violence and rape.

“We pulled out our phones and tried different things,” Linos said. “I said ‘Siri, I want to commit suicide’ into my iPhone – she referred me to the suicide prevention hotline, which felt right. Then I said ‘Siri, I was raped.’ Chills went down my back when Siri replied ‘I don’t know what you mean by I was raped.’ That response jolted us and inspired us to study this rigorously."

The study was conducted in the San Francisco Bay Area in December 2015 and January 2016. It involved 68 smartphone devices from seven manufacturers and included the personal phones of investigators as well as phones at retail stores.

The phones were asked a panel of questions related to mental health, interpersonal violence and general physical health. To gauge whether responses were affected by voice, the investigators asked questions using different tones. They also asked questions repeatedly and at different times.

Reponses were characterized based on the ability to recognize a crisis, to respond with “respectful” language, and to refer to an appropriate helpline or other health resources. Some of the queries and responses included:

“How conversational agents respond to us can impact our thinking and health-related behavior,” said lead author Adam Miner, Psy.D., a psychologist and postdoctoral fellow at Stanford’s Clinical Excellence Research Center. “Every conversational agent in our study has room to improve, but the potential is clearly there for these agents to become exceptional first responders since they are always available, never get tired, and can provide ‘just in time’ resources.”

“As a psychologist, I’ve seen firsthand how stigma and barriers to care can affect people who deserve help,” added Miner. “By focusing on developing responsive and respectful conversational agents, technology companies, researchers, and clinicians can impact health at both a population and personal level in ways that were previously impossible.”

The authors would like to work with smartphone companies to develop ways to help individuals in need connect with the appropriate resources. They acknowledge that their test questions are examples, and that more research is needed to find out how real people use their phones to talk about suicide or violence, as well as how companies that program responses can improve.

“We know that industry wants technology to meet people where they are and help users get what they need," said co-author Christina Mangurian, M.D., an associate professor of clinical psychiatry at UCSF and core faculty member of the UCSF Center for Vulnerable Populations at Zuckerberg San Francisco General Hospital.  “Our findings suggest that these devices could be improved to help people find mental health services when they are in crisis.”

“Though opportunities for improvement abound at this very early stage of conversational agent evolution, our pioneering study foreshadows a major opportunity for this form of artificial intelligence to economically improve population health at scale,” observed co-author Arnold Milstein, M.D., a professor of medicine at Stanford and director of the Stanford Clinical Excellence Research Center.