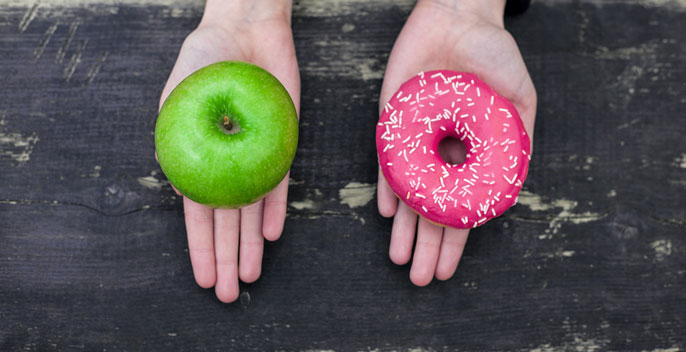 Which foods are addictive?

Here are the 10 foods most associated with addictive-like eating, according to research by Ashley Gearhardt, assistant professor of clinical psychology at the University of Michigan:

Do you find yourself craving ice cream, intoxicated by an image of french fries or unable to resist the candy jar at a co-worker’s desk?

Research shows you’re not alone. Certain foods — particularly processed foods that are high in sugar, salt and fat — don’t just taste good, they also can be addictive, said scientists at a UC San Francisco symposium on food and addiction.

Food addiction is still a controversial concept in the scientific community. But researchers find strong evidence that certain foods can trigger binging, craving and withdrawal, responses that are similar to those produced by addictive substances like alcohol, cocaine and tobacco.

“I don’t think sugar is more addicting than cocaine, but I do think sugar is addicting,” said addiction expert Mark Gold, co-editor of the book “Food and Addiction” and keynote speaker at UCSF’s Oct. 27 Sugar, Stress, Environment, and Weight Symposium.

Take heart, consumers. As with other addictive substances, you can break free of your cravings. Follow these tips from experts to cut down on sugar and break your junk food habit:

The good news is that the growing spotlight on sugar and food addiction is helping drive changes in public policy that could make it easier for everyone to make healthy food choices. The new nutrition labels are a good example. And with diabetes and obesity reaching epidemic levels in the U.S. and around the world, more changes are likely: