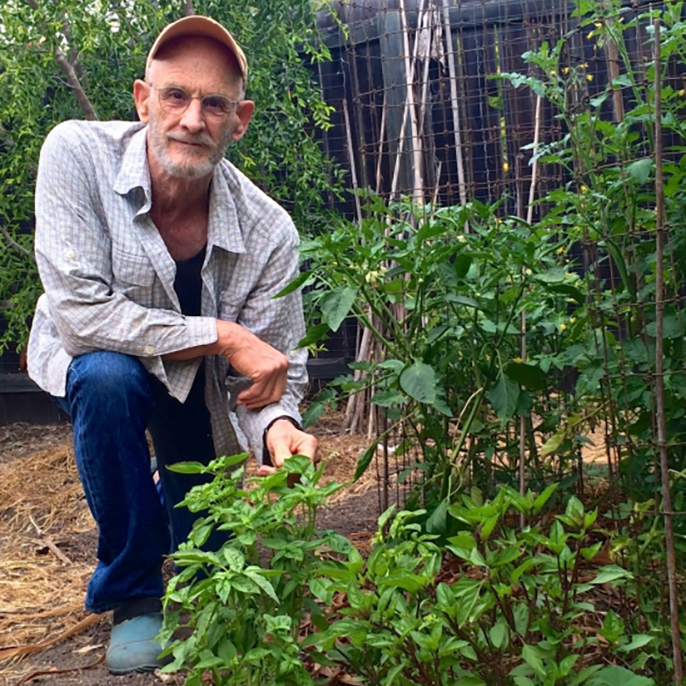 Using a lifecycle assessment model, Cleveland and his students demonstrated that greenhouse gas emissions can be cut by 2 kilograms for every kilo of homegrown vegetable when compared to the store-bought counterpart. The group’s findings appear in the journal Landscape and Urban Planning.

For their baseline scenario, the researchers modeled a vegetable garden based on converting an area of lawn to garden, replacing some conventionally produced purchased vegetables with ones from the garden and diverting some household organic waste and gray water from processing facilities for use as compost and water for the garden.

The researchers chose midrange numbers from the wide range of values in the existing data. They also conducted a sensitivity analysis to test how key components such as crop yield and managing organic affected the model.

Another variable also impacted outcomes: the way in which household organic waste was handled. “There’s the potential for home composting to be either positive or negative for the climate,” Cleveland said. “It takes a lot of attention to do it right.” He noted that if optimal moisture and air conditions are not maintained, the waste becomes anaerobic and emits methane and nitrous oxide, powerful greenhouse gases.

“We found that if household organic waste was exported to landfills that captured methane and burned it to generate electricity, households sending their organic waste to a central facility would reduce greenhouse gas emissions more than composting at home,” Cleveland said.

“This study shows that in terms of effect on the climate, small things matter,” he added. “How much attention you pay to the garden matters. How efficiently the vegetables are produced and consumed matters.”

Cleveland noted that composting often requires more time and attention than people are willing to give. At UC Santa Barbara, the Associated Students Department of Public Worms (DPW) is helping to make the campus aware of how to compost efficiently. They turn food scraps from campus dining commons into compost for the Edible Campus Program. In any given month, DPW collects up to 4,000 pounds of pre-consumer compostable waste to feed worms in each of its 8-by-4-foot bins.

However, according to Cleveland, it might be better for many household or community gardeners to lobby for good centralized programs for organic waste management. The equipment and energy necessary to operate such an endeavor constitute a small portion of the total emissions. These could be offset by efficiency such as having the trucks that come to pick up organic waste also deliver compost to people who want it for their gardens.

“It’s important not to get hung up on assumptions that small and local are always better,” Cleveland said. “They may not be. You have to keep your eye on the real goal and not get tripped up by intermediate steps.”

The researchers also calculated the potential contribution of vegetable gardens to official climate change mitigation targets for reductions of greenhouse gas emissions per year. In the baseline scenario, they found that the gardens contributed 0.5 percent of the city of Santa Barbara’s 2050 target, 3.3 percent of the 2020 target for unincorporated Santa Barbara County and 7.8 percent of the state of California’s 2020 target.

“In addition to reducing greenhouse gas emissions, there are other potential environmental, social, psychological and nutritional advantages to growing food yourself, whether in a household, community or school garden,” Cleveland said. “However, the degree to which those benefits are realized can depend on small things. Our hope is that this research helps motivate households, communities and policymakers to support vegetable gardens that can contribute to mitigating climate change.”