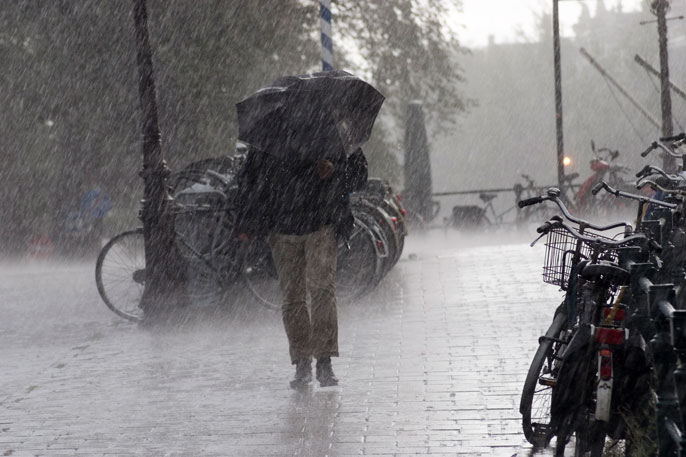 What kinds of weather do people find remarkable, when does that change, and what does that say about the public’s perception of climate change? A study led by the University of California, Davis, examined those questions through the lens of more than 2 billion U.S. Twitter posts.

The study, published Feb. 25 in the journal Proceedings of the National Academy of Sciences, indicates that people have short memories when it comes to what they consider “normal” weather. On average, people base their idea of normal weather on what has happened in just the past two to eight years. This disconnect with the historical climate record may obscure the public’s perception of climate change.

“There’s a risk that we’ll quickly normalize conditions we don’t want to normalize,” said lead author Frances C. Moore, an assistant professor in the UC Davis Department of Environmental Science and Policy. “We are experiencing conditions that are historically extreme, but they might not feel particularly unusual if we tend to forget what happened more than about five years ago.”

To reach their conclusions, the researchers quantified a timeless and universal pastime — talking about the weather — by analyzing posts on Twitter.

They sampled 2.18 billion geolocated tweets created between March 2014 and November 2016 to determine what kind of temperatures generated the most posts about weather. They found that people often tweet when temperatures are unusual for a particular place and time of year — a particularly warm March or unexpectedly freezing winter, for example.

However, if the same weather persisted year after year, it generated less comment on Twitter, indicating that people began to view it as normal in a relatively short amount of time.

This phenomenon, note the authors, is a classic case of the boiling-frog metaphor: A frog jumps into a pot of boiling hot water and immediately hops out. If, instead, the frog in the pot is slowly warmed to a boiling temperature, it doesn’t hop out and is eventually cooked. While scientifically inaccurate, this metaphor has long been used as a cautionary tale warning against normalizing the steadily changing conditions caused by climate change.

“We saw that extreme temperatures still make people miserable, but they stop talking about it,” Moore said. “This is a true boiling-frog effect. People seem to be getting used to changes they’d prefer to avoid. But just because they’re not talking about it doesn’t mean it’s not making them worse off.”

The study’s co-authors are Nick Obradovich of Massachusetts Institute of Technology, Flavio Lehner from National Center for Atmospheric Research and Patrick Baylis from University of British Columbia.