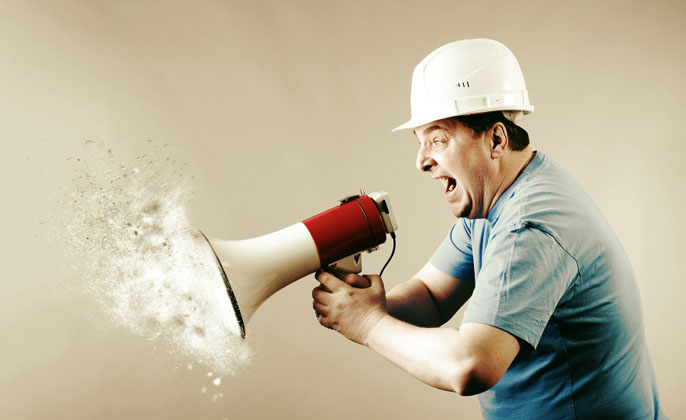 Rarely in U.S. history has a presidential campaign given ambition a worse rap. But in his timely new book, The Power Paradox, UC Berkeley psychologist Dacher Keltner posits that our influence is based not on veiled or naked power grabs, but on virtues such as empathy, generosity and cooperation.

The paradox that Keltner, an expert on the science of emotions, is trying to wrap his head around is the negative personality and behavioral changes that can occur once we’re given power on the strength of our virtues, and then abuse it to the point of losing it, literally and idiomatically.

“You look at Donald Trump or people on Wall Street – people with the opportunity to do good in the world – really messing it up by abusing their power,” Keltner says. “I wanted to know, how does that work? How does power turn us into these crazed people?”

In bookstores starting this week, The Power Paradox; How We Gain and Lose Influence (Penguin Press) cites 20 years of research led by Keltner and other social scientists showing that upper-income people tend to feel more entitled and less compassionate, and are quicker to behave unethically than their less affluent cohorts.

Conversely, studies found that lower-income people tended to be more closely attuned to others’ needs.

Cut off by a Prius

A 2012 UC Berkeley field study led by psychologist Paul Piff found that people driving BMWs, Mercedes, Priuses and other high-end cars were four times more likely than drivers of less prestigious models to cut off other vehicles at a busy four-way intersection, and three times more likely to cut off a pedestrian waiting to enter a crosswalk.

In the same study, participants helped themselves to twice as much candy reserved for children as did their less wealthy counterparts, the study showed.

And a 2011 UC Berkeley study led by psychologist Jennifer Stellar, another mentee of Keltner, found that participants from the upper middle and upper classes were less able to feel empathy and compassion for people in distress.

“When we don’t have power and we want to contribute, we really think carefully about other people, we listen and we adapt our behavior to the social group,” Keltner says. “But once we have power, our focus shifts to, ‘What do I want?’ We become focused on our desires, and that focus produces a state of mania.”

The chapter that resonated most with him, he says, is the one about the cost of abuses of power: “If a boss shouts at subordinates, they do less productive work. Everyone suffers,” he says.

No reason for cynicism

That said, the book isn’t all House of Cards cynicism. Quite the contrary, it argues that if we play our cards right, and shift from a Machiavellian style of coercive power to a collaborative paradigm practiced in some of today’s more progressive industries and institutions, nice guys might get to finish first for a change.

“There are lots of examples of people who use their power for the good, like Abraham Lincoln and Pete Docter (creator of the Pixar movie, Inside Out, for which Keltner was a consultant), Keltner says. “They are humbler, self-critical and care about other people.”

How we win and lose power has long been a topic of fascination and investigation for Keltner, the son of academics who had a relatively modest upbringing and went on to become a pioneer in positive psychology. He is author of the books Born to Be Good: The Science of a Meaningful Life and The Compassionate Instinct.

As an acclaimed psychologist, one might ask, does Keltner feel like power is going to his head?

“I don’t think of myself as a powerful person, but I’ve seen those behaviors in myself,” he says. “One minute, I’m feeling like I’m on the top of the world, and the next thing I know, I’m interrupting people, not listening to others, taking too many of the resources intended for the public good.”

“Overall, though,” he says, “I’m a pretty self-critical person. We scientists go through peer review and get hammered on a regular basis. It keeps me grounded.”