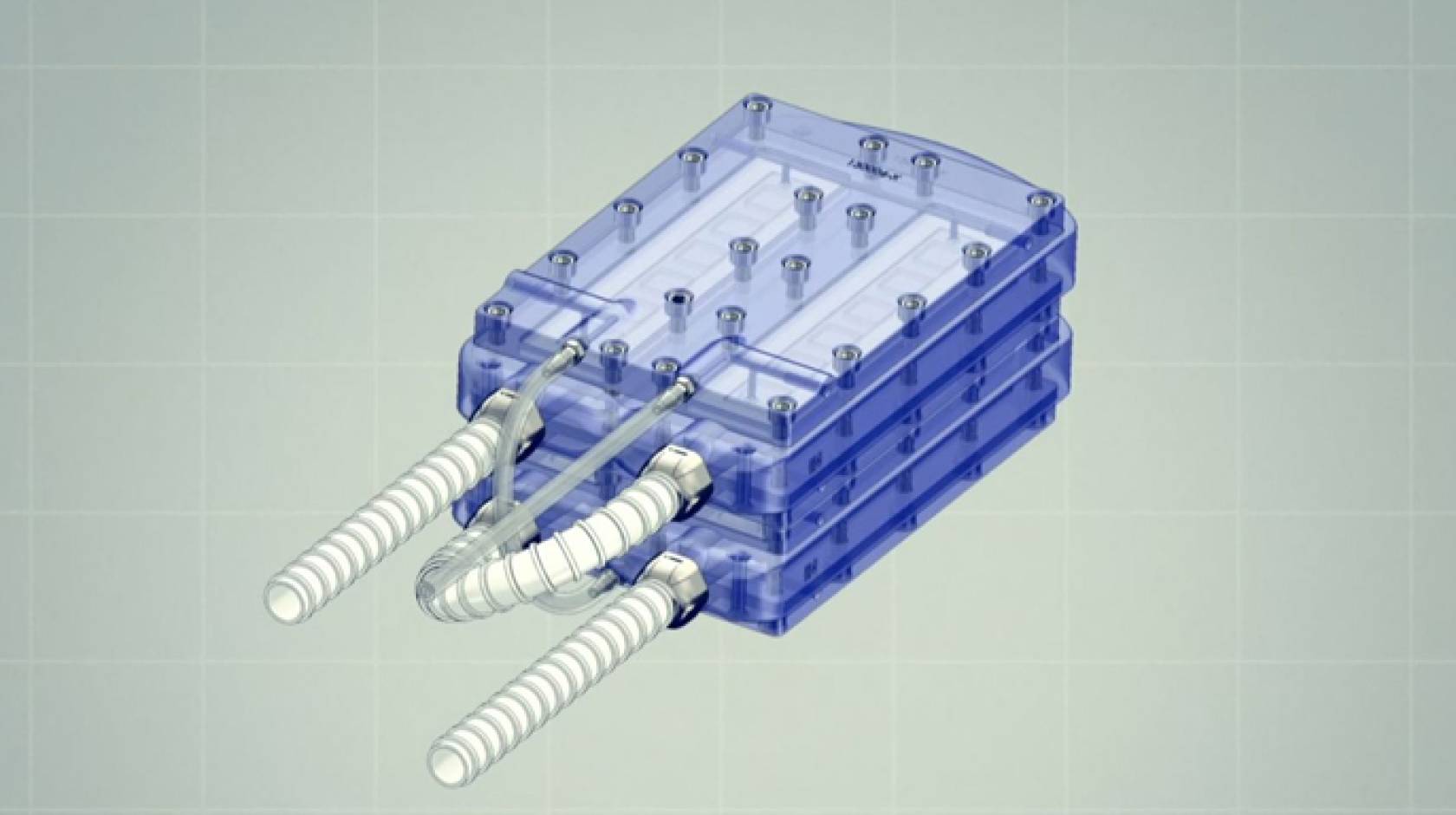 Credit: UCSF
The Kidney Project’s bioartificial kidney, which was successfully implanted in a preclinical model.

The Kidney Project’s implantable bioartificial kidney, one that promises to free kidney disease patients from dialysis machines and transplant waiting lists, took another big step toward becoming reality, earning a $650,000 prize from KidneyX for its first-ever demonstration of a functional prototype of its implantable artificial kidney.

KidneyX is a public–private partnership between the U.S. Department of Health and Human Services (HHS) and the American Society of Nephrology (ASN) founded to “accelerate innovation in the prevention, diagnosis, and treatment of kidney diseases.”

The Kidney Project, a nationwide collaboration led by Shuvo Roy, Ph.D. of UC San Francisco and William Fissell, M.D. of Vanderbilt University Medical Center (VUMC), combined the two essential parts of its artificial kidney, the hemofilter and the bioreactor, and successfully implanted the smartphone-sized device for preclinical evaluation.

For this advance, the team was awarded KidneyX’s Phase 1 Artificial Kidney Prize and was one of six winning teams selected out of an international field.

In the last few years, The Kidney Project successfully tested the hemofilter, which removes waste products and toxins from blood, and the bioreactor, which replicates other kidney functions, like the balance of electrolytes in blood, in separate experiments.

For the Artificial Kidney Prize, the team married the two units into a scaled-down version of the artificial kidney and evaluated its performance in a preclinical model. The units worked in tandem, powered by blood pressure alone, and without the need for blood thinning or immunosuppressant drugs.

“The vision for the artificial kidney is to provide patients with complete mobility and better physiological outcomes than dialysis,” said Roy, who is a faculty member in the Department of Bioengineering and Therapeutic Sciences, a joint department of the UCSF Schools of Pharmacy and Medicine. “It promises a much higher quality of life for millions worldwide with kidney failure.”

Chronic kidney failure, also known as end-stage renal disease, leads to the progressive and dangerous loss of kidney function. Most patients with kidney failure must visit dialysis clinics multiple times every week to have their blood filtered, a process that is time-consuming, uncomfortable, and risky.

A minority of patients live with transplanted kidneys, thanks to a pool of donated kidneys that are constantly in high demand. But even these patients must contend with a lifetime on immunosuppressant drugs that can have severe side effects.

The Kidney Project’s artificial kidney will not only replicate the high quality of life seen in kidney transplant recipients — the “gold standard” of kidney disease treatment, according to Roy — but also spare them from needing to take immunosuppressants.

“Our team engineered the artificial kidney to sustainably support a culture of human kidney cells without provoking an immune response,” said Roy. “Now that we have demonstrated the feasibility of combining the hemofilter and bioreactor, we can focus on upscaling the technology for more rigorous preclinical testing, and ultimately, clinical trials.”

The KidneyX Artificial Kidney Prize called on scientists and engineers to submit “continuous kidney replacement therapies that provide transformational treatment options beyond current dialysis methods,” a high bar that UCSF’s artificial kidney is poised to clear in the coming years.

“This award is a testament to The Kidney Project’s bold vision and execution of a viable solution for millions of patients with kidney failure,” said UCSF School of Pharmacy Dean B. Joseph Guglielmo, PharmD. 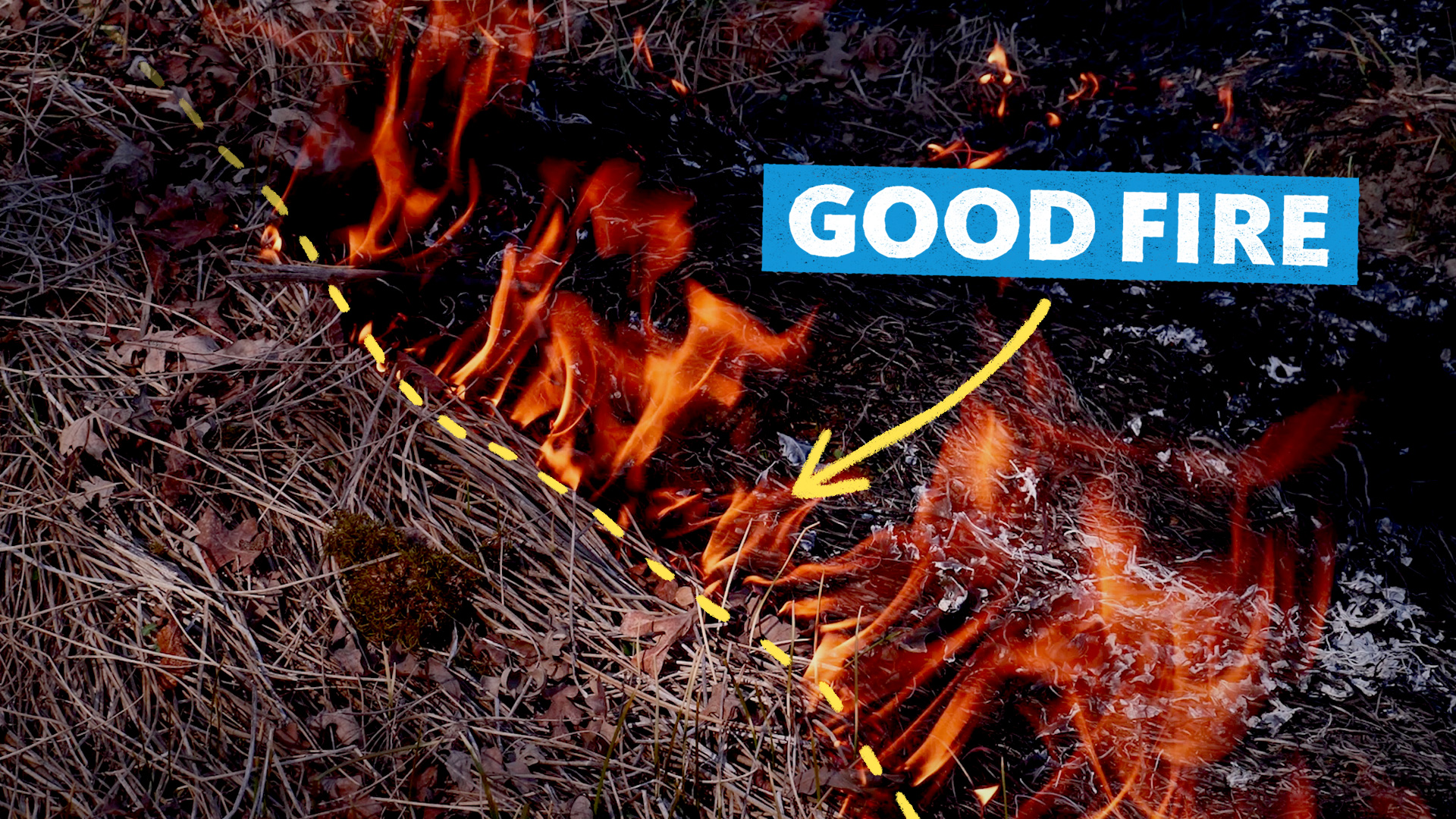 How the Indigenous practice of ‘good fire’ can help our…

Once outlawed, cultural burns can save our forests from uncontrollable wildfire.