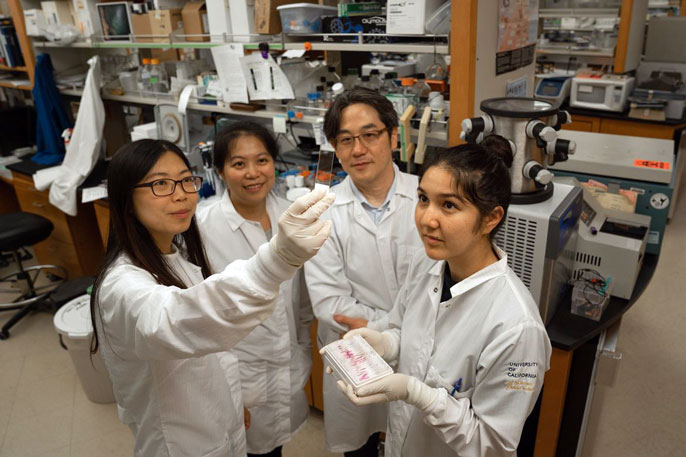 In research conducted in mice, a single dose of cancer drugs in a nanoscale capsule developed by the scientists eliminated all B-cell lymphoma that had metastasized to the animals’ central nervous system.

About 15 percent to 40 percent of all cancers spread to the nervous system, but there are few treatment options and they only work in a small number of patients. One reason treatments are ineffective is that the blood-brain barrier, a natural defense system that prevents harmful agents from entering the brain, blocks many drugs, preventing them from reaching cancer that has spread to the central nervous system.

How the study was conducted

To create a vessel that could carry cancer drugs to the central nervous system, the scientists produced a capsule measuring about one nanometer, or one billionth of a meter, across. (For reference, a sheet of paper is about 100,000 nanometers thick.) The capsule is coated with a substance called 2-methacryloyloxyethyl phosphorylcholine, which they hypothesized would be unlikely to be blocked by the blood-brain barrier, which would enable the capsule to release antibodies when it came into close proximity with cancerous cells.

The researchers loaded nanocapsules with the cancer-fighting drug rituximab and then administered them to mice with a human B-cell lymphoma that had metastasized to the animals’ central nervous system. The scientists tracked how the tumors grew or shrank over a period of four months.

Pending additional research, including testing in human subjects, the UCLA-engineered capsule could be used to carry drugs that have already been approved by the FDA to treat cancer that has spread to the central nervous system.

The approach could be useful not only for cancers that metastasize to the central nervous system — such as breast cancer, small cell lung cancer and melanoma — but also for primary brain tumors or other brain diseases.

The study is published online in Nature Biomedical Engineering.

The study was funded by the National Cancer Institute, the National Institute of Allergy and Infectious Diseases, and the McCarthy Family Foundation.