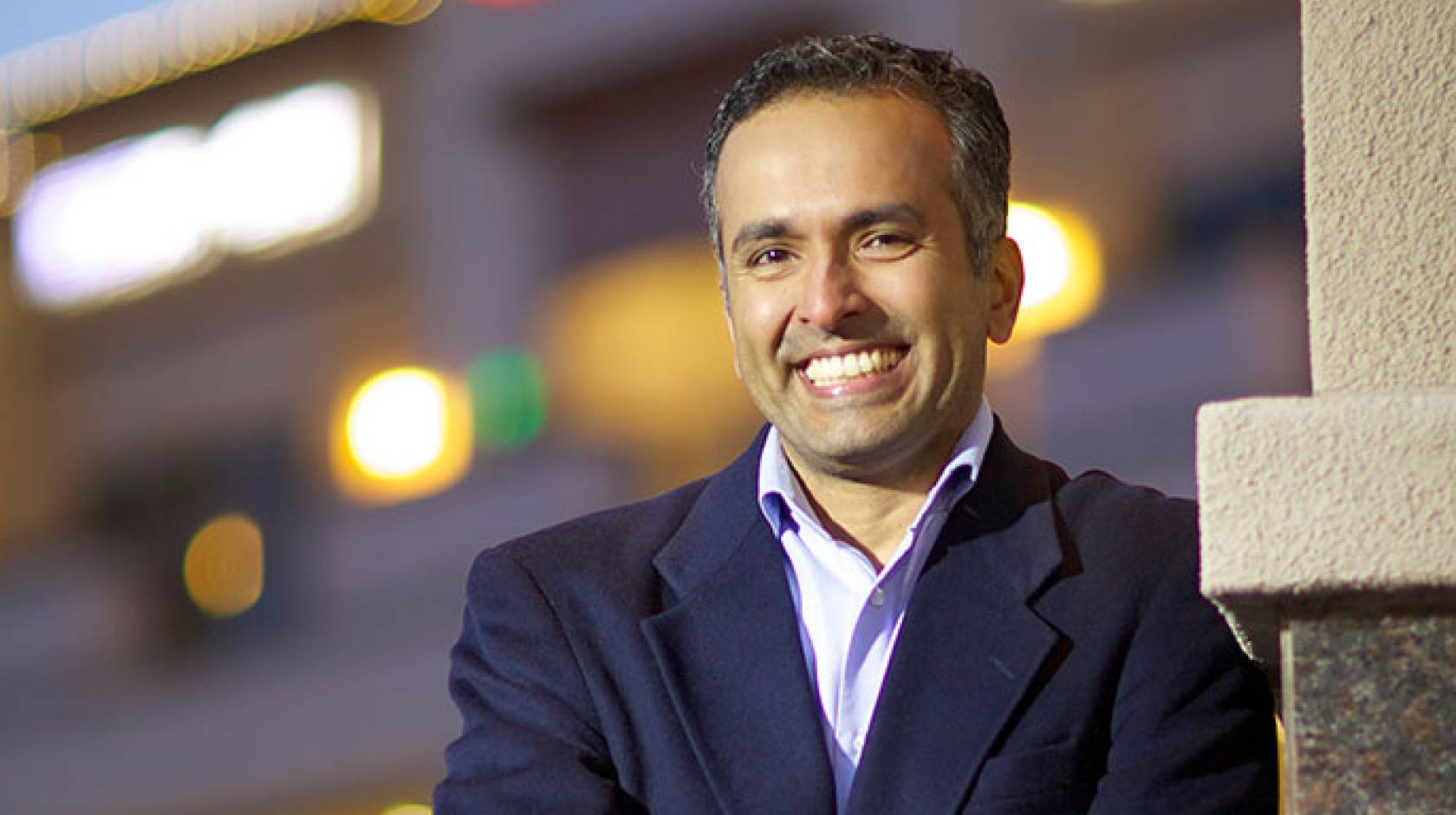 Credit: UC Riverside
Karthick Ramakrishnan, professor of political science and associate dean of the School of Public Policy, has co-authored a report which found that Latinos and Asian Americans are the least likely to have a say in California’s politics.

Latinos and Asian Americans are the least likely to have a say in California’s politics, during election cycles and year round. That is one of the key findings of a new report by Advancement Project and the School of Public Policy at University of California, Riverside, the first comprehensive assessment in more than a decade of political participation at the ballot box and beyond in California.

“Unequal Voices: California’s Racial Disparities in Political Participation” analyzes 10 years of political participation – from nonvoting efforts like contacting public officials, supporting campaigns and attending political meetings to voting trends in presidential, statewide and local elections. The report finds that, while people of color make up the majority of the state’s population – more than 60 percent – stark disparities exist in their ability to influence politics at all levels and to shape the policies that impact their lives. The report finds that racial gaps remain even after accounting for socioeconomic factors like education, income and homeownership.

“Our political system is in trouble when some groups have significantly more say than others,” said political scientist Karthick Ramakrishnan, co-author of the report and associate dean of the UC Riverside School of Public Policy. “This election cycle rightly has brought heightened awareness about class inequality, but our report raises the alarm about racial disparities in political participation that persist even after taking class into account.”

“We cannot achieve a healthy democracy for all when the voices of communities of color are shut out of our political process,” said John Kim, executive director of the Advancement Project. “Policymaking in Sacramento and in cities and counties across the state must reflect the diverse range of voices that now make up California.”

The report was released June 30 in Sacramento at a briefing co-sponsored by Assemblymember Susan Talamantes Eggman (D-Stockton), the Asian-Pacific Islander Legislative Caucus and the California Legislative Black Caucus.

“A healthy democracy is only possible if the voices of all Californians are part of policymaking,” said  Eggman. “As this report shows, there is a serious and persistent racial disparity political participation, with Latinos and Asian Americans the most affected. Even after accounting for socioeconomic factors like education, income and home ownership, there is still a racial gap. This leads to disproportional representation in government and undermines California’s democracy. We have taken steps to remove barriers to voting, but lawmakers can also improve participation by taking on the responsibility in an active manner, and engaging communities in innovative ways.”

Among the report’s key findings:

“This report is an unequivocal call for change,” said John Dobard, co-author of “Unequal Voices” and manager of the Political Voice program at Advancement Project. “California has taken significant steps to address issues with low voter registration and turnout. But our work is not done until we tackle all the barriers that stand in the way of communities’ ability to engage in democracy.”

In addition to increasing voter registration and turnout, the report calls on government officials, community leaders and other stakeholders to focus on policies and strategies to expand political participation beyond the ballot box. Among the calls to action included in the report:

Founded in 1999, Advancement Project is a next generation, multiracial civil rights organization. In California, it champions the struggle for greater equity and opportunity for all, fostering upward mobility in communities most impacted by economic and racial injustice. It builds alliances and trust, uses data-driven policy solutions, creates innovative tools and works alongside communities to ignite social transformation. For more information: http://advancementprojectca.org. Twitter: @AP_California.

The School of Public Policy’s mission is to train a new generation of forward-thinking public policy leaders equipped to address the complex, interrelated challenges of poverty, disease, illiteracy, climate change, energy security, pollution, and more. Their training will be informed by: a diverse, interdisciplinary curriculum that emphasizes evidence-based policy research as well as cross-learning from both international and domestic problem-solving experiences; and a rich internship program that emphasizes experiential learning. For more information: http://spp.ucr.edu. Twitter: @ucrspp.