The next Silicon Valley? 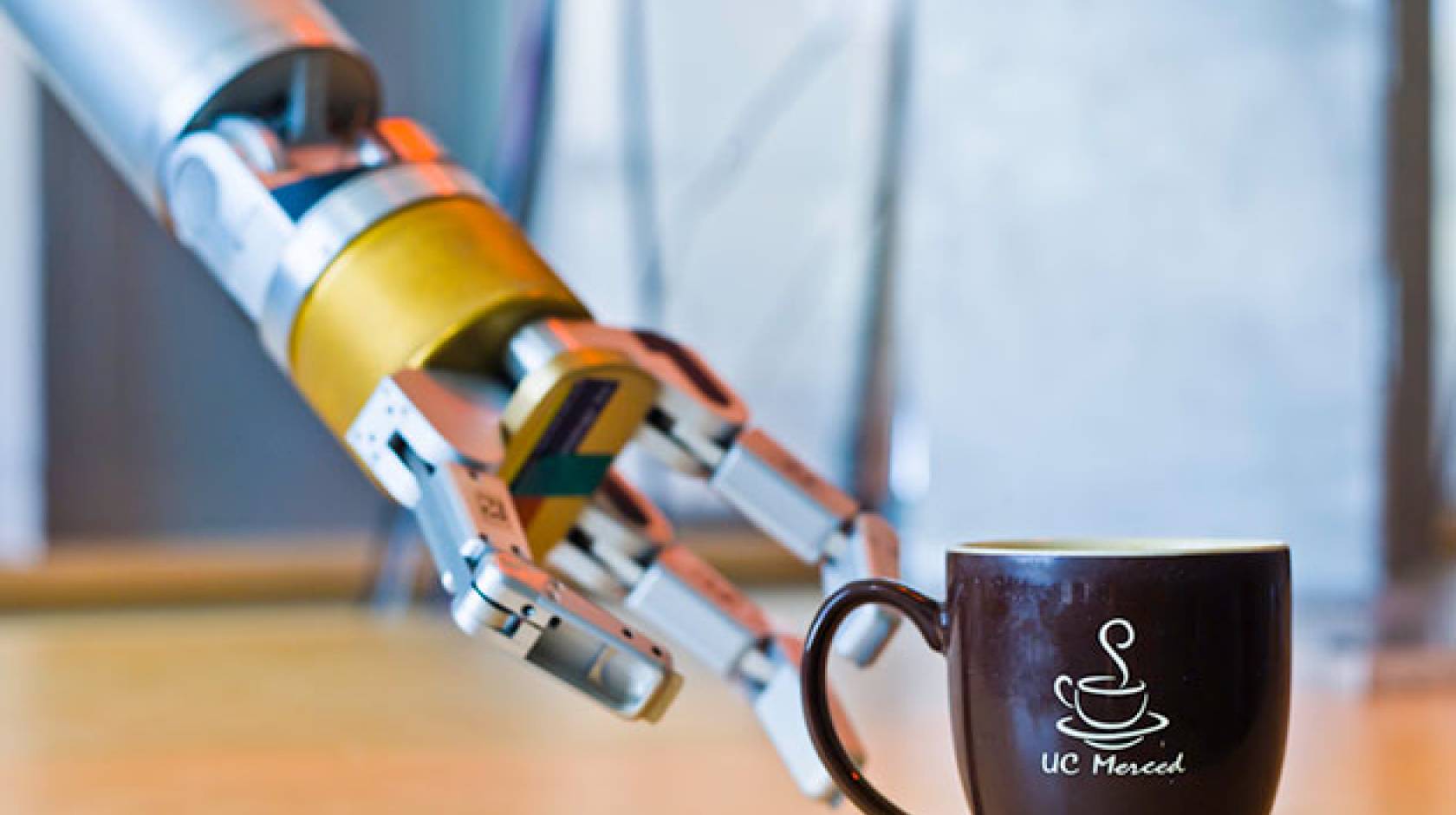 When he’s not teaching classes, Hicks is building a startup that sells catchment systems to collect, purify and integrate rainwater into household drinking water infrastructure.

His business is among 20 startups incubating at UC Merced’s Venture Lab, where students, faculty and community members go for help to turn their commercial ideas into new ventures.

At just over a year old, the Venture Lab is itself something of a startup — one that has quickly taken off. Housed in a 3,000-square-foot storefront in downtown Merced, it is slated to double in physical size next year.

The Venture Lab is also looking to use $2.2 million in new state funding to open sister sites in the towns of Modesto and Atwater, in keeping with the Lab’s central mission of boosting economic opportunity throughout the San Joaquin Valley, said Peter Schuerman, UC Merced’s associate vice chancellor of Research and Economic Development.

The long-term goal is to build a resilient network that supports startup culture throughout the region, from providing free legal assistance in partnership with UC Berkeley Law to connecting with local business leaders, mentors, and chambers of commerce, to making the San Joaquin Valley more appealing for young companies looking to relocate, he said.

UC Merced, which opened in 2005, is known for its groundbreaking research, especially in the fields of agriculture, water and energy. Those innovations provide the base upon which the Venture Lab and local economic development are taking root, he said.

“Our program complements the research strength of UC by connecting it to entrepreneurship,” Schuerman said. “Our program is about liberating innovation so that we can create new products and services and deliver new jobs and a more diverse economy.”

Few other UC incubators serve as economic catalysts for their entire region, and that’s just one of the things that sets the Venture Lab apart. Another: It is helping unleash a new generation of student entrepreneurs from backgrounds new to California’s booming startup scene.

Leveling the playing field for risk

UC Merced is a magnet for students from California’s inland agricultural communities, some of the poorest regions in the state. More than two-thirds of its undergraduates are first-generation college students, and many come from low-income families.

That reality creates challenges when it comes to encouraging students to take leaps of faith on business ideas, Hicks and Schuerman said. For student entrepreneurs with less access to capital, tolerance for risk can vary wildly.

“What about the low-income student who supports her family and whose degree is a safe investment — can she afford to go out on a limb?” Hicks asked.

There is a ready audience hungry for guidance on starting companies. One in three students Hicks teaches are downright passionate about entrepreneurship, but lack real world know-how and understanding of risk, he said.

“They have a dream of running their own business but have not thought about it in a strategic way,” Hicks said.

That’s where applied coursework, mentorship, student groups and incubators such as the Venture Lab come into play.

“A lot of these students are self-starters and they are forging into the unknown,” Hicks said. “This is truly path-blazing for them within their family. It’s the pursuit of the American dream, having this opportunity for vertical mobility within the economic strata.”

Along with helping students achieve their dreams, it is also a key part of the strategy for regional economic development: Namely, making it possible for Merced’s most promising graduates to stay in the Central Valley instead of leaving for innovation hot spots like Silicon Valley and Los Angeles.

The Venture Lab takes aim at that “brain drain” by cultivating supportive networks for student-entrepreneurs and helping elevate the economic opportunities available in the San Joaquin Valley.

“Creating your own company can be a viable career option,” Schuerman said. “The Venture Lab is for people, students and non-students, who want to get to the point where they won’t even need a resume.”

Third-year business student Mauricio Trejo is among those who have responded with creativity and drive.

Together with fellow students Rene Vaca and Jasmine Rice, Trejo has capitalized on applied coursework and mentorship at UC Merced to launch Mirror Comedy, one of the first startups to emerge from the Venture Lab. Their entertainment company stages pop-up comedy shows at restaurants and corporate events.

The three are all first-generation students. Trejo — an immigrant who came to California at age 8 from Cuernavaca, Mexico — said he first learned the tenets of entrepreneurship at the university’s Business Society. To manage the risks of startup life, Trejo maintains a second job at UC Merced’s School of Social Sciences, Humanities and Arts in order to send money back home.

“Whether it was 8 in the morning or 10 at night,” Venture Lab helped his team on everything from writing its business plans and contracts to advice on legal issues, marketing and sales, Trejo said.

“At first we didn’t think anybody would believe in the dream,” Trejo said. “But we brought our vision forward and people started believing in us. …That space really allows the chance for people to help one another.”

Although many UC startups focus on technology or public health, Mirror Comedy is a different kind of startup, providing entertainment options and supporting arts in a county that has no comedy clubs.

Trejo sees his business as a service to the community, and has no plans to leave the area. Trejo is exactly the kind of young entrepreneur that the UC Merced Venture Lab is all about, said Schuerman.

“Entrepreneurship is really about shifting perspective,” Schuerman said. “It’s about knowing your audience — getting people to engage in the art of caring about what other people need in a way that can help them achieve their own goals.”