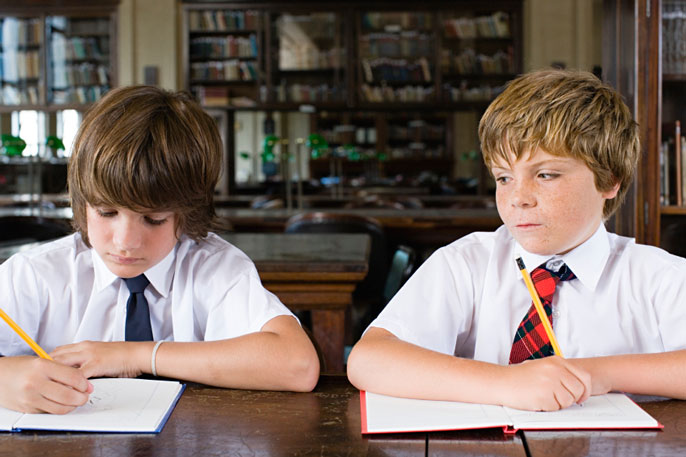 Cheating to get ahead is likely to reduce your level of happiness. That’s according to a new study by University of California, Riverside sociology professor Jan E. Stets. The study, titled “Happiness and Identities,” was published in the journal Social Science Research.

In the study, Stets examined happiness in a morally challenging situation. Students were recruited from undergraduate classes at a large university to participate in an experiment in which individuals completed a task alone or in a group of three. They were told that doing well on the task would increase their chances of earning money at the end of the study.

The study was designed to measure:

– Moral identity: how the respondents felt about themselves. They were given 12 bipolar characteristics such as honest/dishonest, fair/unfair, and caring/uncaring.

– Reflected appraisals: how individuals thought others would view them. Listed options included words such as likeable, intelligent, moral, and reliable.

– Happiness: how individuals felt before and after the task.

– Cheating: whether or not individuals cheated, and if they did, how frequently.

During the task, participants were given the opportunity to cheat to get ahead. Some cheated, while others did not.

“Those who did not cheat either believed that cheating was wrong, and this deterred them from cheating, or they did not feel compelled to cheat because they could accomplish the task based on their abilities,” explained Stets.

Those who did cheat and later thought others would not see them as they saw themselves – as moral persons – were more likely to report a reduction in happiness.

“The act of cheating apparently activated thoughts about how others saw the participants in comparison to how they saw themselves along the moral dimension,” said Stets. “Despite how individuals justified their cheating to themselves, when they considered the views of others, reports of happiness declined when they thought that others’ views would be discrepant with their own self-views.”

Additionally, the more often participants cheated during the study, the greater their unhappiness, at least for those working alone. When individuals cheated in the group setting, they may have felt justified for behaving dishonestly because they viewed their actions as helping their group compete; and, they may have felt their cheating could be kept hidden from other group members.

In either case, people may not have felt that they were acting badly, thereby being emotionally unaffected by their behavior, Stets found. However, for those who worked alone, their cheating may have reminded them of their selfish motives, thereby reducing their happiness.