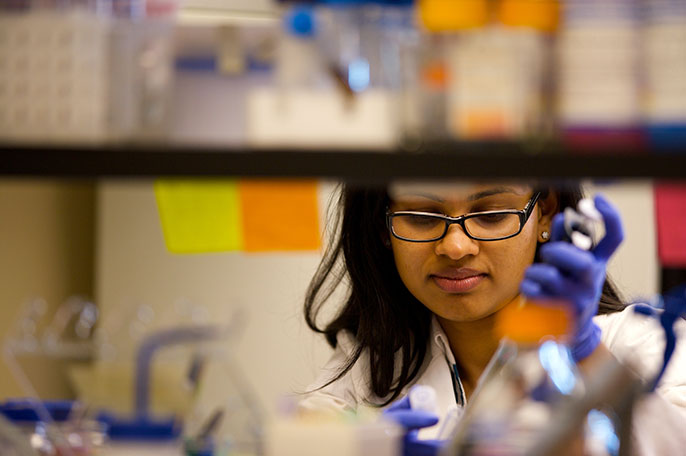 University of California campuses are among the nation's very best when it comes to how well they serve the public interest, according to new rankings from Washington Monthly.

The magazine assessed universities and colleges across the country for how well they promote upward social mobility, advance higher learning and foster a culture of civic engagement and service.

UC San Diego topped the list for the sixth straight year, while UC Riverside repeated its No. 2 ranking for the third consecutive year. Six other UC undergraduate campuses also made the list with UC Berkeley, UCLA, UC Santa Barbara and UC Davis placing among the top 20.

“It is an honor to once again receive this prestigious recognition from Washington Monthly,” said UC San Diego Chancellor Pradeep K. Khosla. “Through our mission of education, research and service, we are committed to creating civic engagement opportunities, producing cutting-edge research that solves critical problems and providing financial aid to enable upward social mobility for our diverse student body.”

UC Riverside made the top 10 for the fifth consecutive year, and Chancellor Kim A. Wilcox said his campus “has become a national model for student success.”

“Our continued ranking by Washington Monthly as one of the nation’s top 10 universities is confirmation of that," Wilcox said. "We are making an impact not just in Riverside and in Southern California, but across the country, as we demonstrate the importance of the public university in fueling economic growth and scientific discovery while providing a quality educational experience to a diverse population of students.”

Washington Monthly calls its criteria “a different kind of college ranking,” because of its emphasis on metrics that have the power to transform society.

It measured four-year undergraduate universities in three areas: social mobility (recruiting and graduating students from low-income families), research (preparing undergraduates for graduate school and discovering new technologies and creating ideas) and public service (encouraging students to give back to their country).

“As it has in previous years, the University of California system dominates our national university rankings, with a combination of research prowess and economic diversity among undergraduates,” Washington Monthly said in the introduction to its College Guide and Rankings.

Washington Monthly's focus on social mobility and service sets it apart from most other college rankings and elevates some of the important differences between public and private universities. In fact, 16 of Washington Monthly’s top 20 national universities are public institutions.

UC tends to do very well in both more traditional rankings and in Washington Monthly's analysis because it is virtually unmatched anywhere in the country for serving large numbers of students from low-income families while also offering academic and research excellence.

About 41 percent of UC undergraduates are the first in their families to attend college, and about 42 percent are eligible for Pell Grants, the federal financial aid program for students from families with annual incomes of $55,000 or less. Other selective public universities average 22 percent low-income students, and selective private universities average 16 percent, according to UC’s annual Accountability Report, which was released in July.

Many of those students are contributing to the five inventions a day that UC produces and to the research that helped launch 70 startup California companies in 2014.