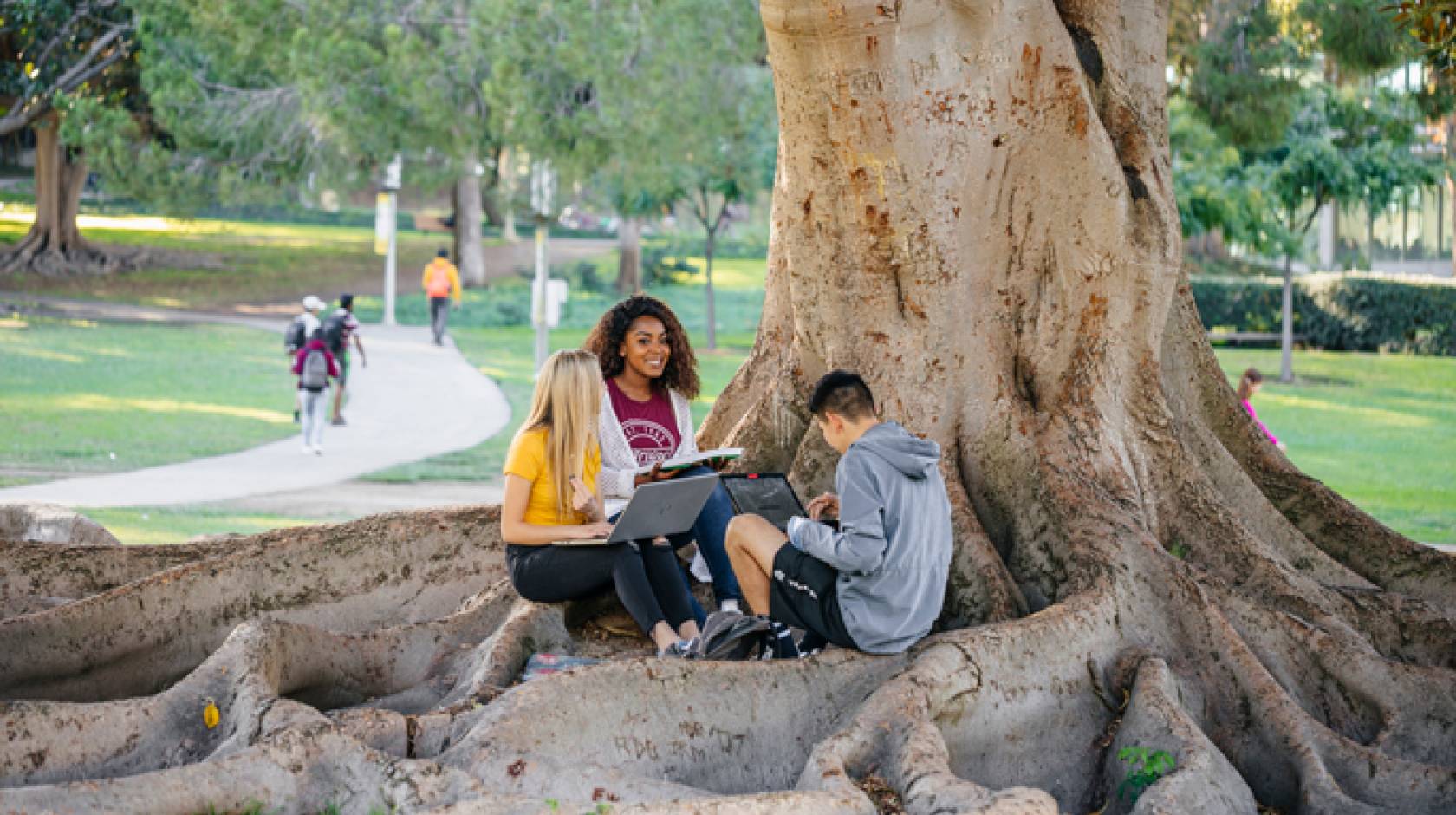 Credit: Elena Zhukova/UC Irvine
Students study outdoors at the UC Irvine campus. UC Irvine has been in the top 10 of the Sierra “Cool Schools” list for an unmatched 12 years, notching four first-place finishes.

The University of California is once again a leader in university sustainability, according to new rankings released by Sierra Club and Princeton Review.

Despite the pandemic, the university and its campuses made progress on a variety of projects as the system works to meet its goal of achieving carbon neutrality by 2025.

Sierra, the official magazine of the Sierra Club, ranked 328 undergraduate colleges and universities as part of its annual “Cool Schools” list. Five UC campuses made the Top 20, with UC Irvine leading the way at No. 2, UC Berkeley at No. 6, UC Merced at No. 7, UC Santa Barbara at No. 16 and UC Davis at No. 20. UC Santa Cruz came in at No. 23, UC San Diego at No. 34, UC Riverside at No. 43, and UCLA at No. 64. All nine UC undergraduate campuses were in the top 20 percent of the schools that Sierra evaluated.

“I am so pleased that once again Sierra magazine has recognized UC Irvine as the nation’s No. 2 ‘Cool School’ for our leadership and achievements in this important area,” UC Irvine Chancellor Howard Gillman said. “Across our campus, in virtually every academic discipline, our students, staff and faculty are actively pursuing the effective stewardship of the world we all live in.”

UC Irvine has been in the top 10 of the Sierra Club list for an unmatched 12 years, notching four first-place finishes. Its history of environmental stewardship traces back to Nobel Prize-winning research by chemistry professor F. Sherwood Rowland and then-postdoctoral researcher Mario Molina (later a UC San Diego distinguished professor), who sounded the global alarm that chlorofluorocarbons (CFCs) from aersol spray cans were destroying Earth’s ozone layer.

Other UC campuses also received top marks from Sierra in its “Top 20 Coolest Schools of 2021” release:

The Sierra rankings are based on scores from the Sustainability Tracking, Assessment & Rating System (STARS) system and surveys provided to Sierra. The magazine then uses its own own weighting criteria across 18 categories ranging from “curriculum” to “water” to assess campus standings.

On a scale of 60 – 99, their Green Rating factors in whether students on campus have a quality of life that is both healthy and sustainable; how well a school is preparing students for employment in the clean-energy economy of the 21st century as well as for citizenship in a world now defined by environmental concerns and opportunities; and how environmentally responsible a school's policies are.

“Being on the green college honor roll institutionalizes our campus commitment to sustainability in operations, research and education. We are committed to being a living lab and supporting the UC Merced community in sustainable practices,” said UC Merced Directory of Sustainability Mark Maxwell.

Princeton Review also publishes a Green Colleges list, which included all UC undergraduate campuses in its most recent iteration among its “416 Green Colleges,” with UC Santa Cruz at No. 11, UC Santa Barbara at No. 13 and UC Berkeley at No. 17. The Green Colleges list combines a campus’ Green Rating with student opinion surveys on how sustainability issues influenced their education and life on campus; administration and student support for environmental awareness and conservation efforts; and the visibility and impact of student environmental groups. Its newest ranking will refresh in October.