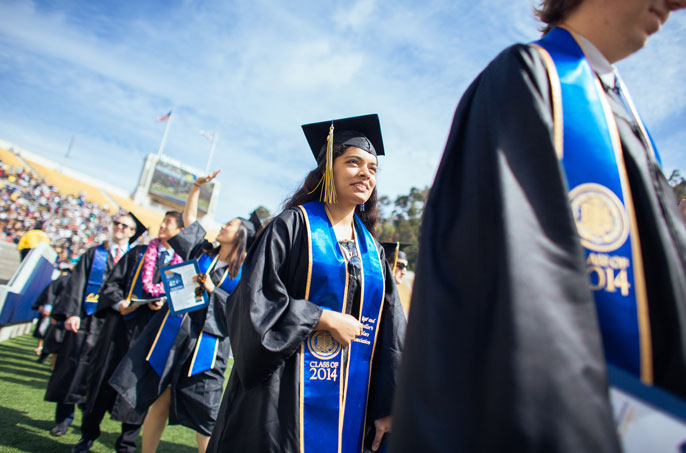 Six UCs are among the top 25 universities in the country, according to newly released Washington Monthly rankings that rate institutions based on their contributions to the public good.

“It is an honor to once again be recognized as an exceptional university for demonstrating multiple pillars of academic excellence,” said UC San Diego Chancellor Pradeep K. Khosla. “From our research in climate science and the human microbiome, to our commitment to public service and social mobility, UC San Diego’s academics center on tackling the pressing challenges of our time to benefit humankind.”

The magazine evaluated 1,404 colleges and universities based on three categories: social mobility, research, and community and national service.

The new ranking follows on the heels of others published this month that highlight the university's excellence: Sierra Magazine’s “Cool Schools” list and the Academic Ranking of World Universities.