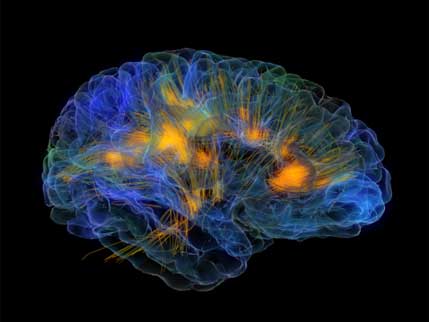 UC scientists have long been at the frontline of efforts to understand the brain's inner workings — a pre-eminence reflected by the grants: Of the 58 NIH awards, 14 are projects led by researchers from UC Berkeley, UC Davis, UC Irvine, UCLA, UC San Diego and UC San Francisco.

Collectively, UC researchers will receive more than $10 million of the $46 million that the NIH is awarding for 2014.

“The human brain is the most complicated biological structure in the known universe. We’ve only just scratched the surface in understanding how it works — or, unfortunately, doesn’t quite work when disorders and disease occur,” said NIH Director Dr. Francis S. Collins in a statement. “There’s a big gap between what we want to do in brain research and the technologies available to make exploration possible.”

The BRAIN Initiative was launched last year by Obama as a large-scale federal effort to help scientists develop new tools and technologies to gain a deeper understanding of how the brain functions and to accelerate the creation of new treatments for neurological disorders.

“These initial awards are part of a 12-year scientific plan focused on developing the tools and technologies needed to make the next leap in understanding the brain,” Collins said. “This is just the beginning of an ambitious journey and we’re excited about the possibilities.”