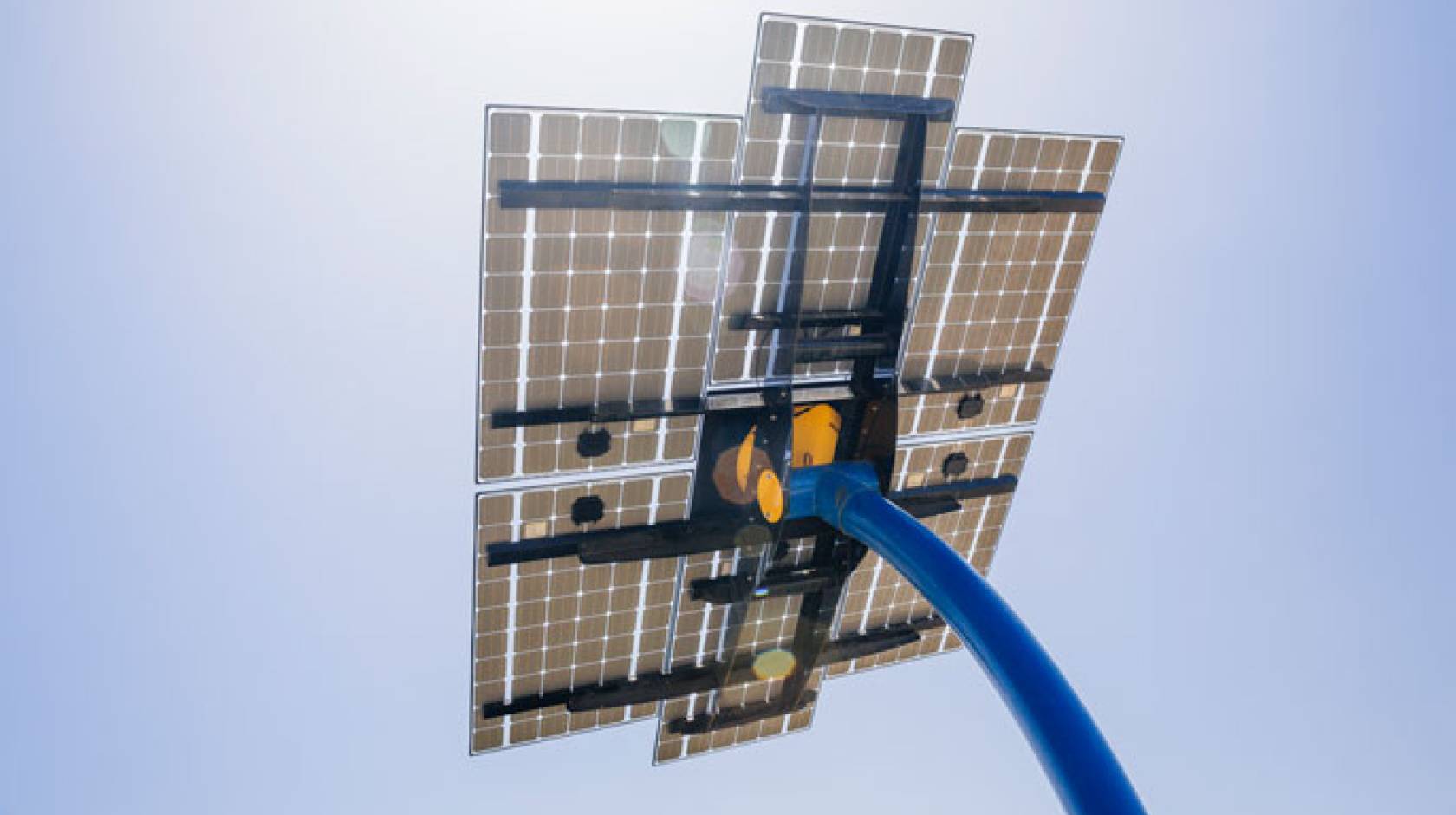 Credit: Elena Zhukova/University of California
A solar-powered charging station soaks up rays on the UC San Diego campus. Nearly half of the university's electricity was sourced from green power in 2020, vaulting it to the top of the new Environmental Protection Agency Top 30 colleges and universities ranking.

The University of California ranks No. 1 among colleges and universities when it comes to green electricity use, according to the U.S. Environmental Protection Agency.

UC came out on top in the EPA’s Top 30 colleges and universities ranking, issued Monday, July 26. The EPA ranked its green power partners based on the amount of renewable electricity they used over the course of 2020.

Nearly half of UC’s electricity came from green power sources in 2020, defined by the EPA as the renewable energy sources that provide the highest environmental benefit, including solar, wind, geothermal, biogas, eligible biomass, and low-impact small hydroelectric sources.

In all, UC used 480,801,183 kWh (kilowatt-hours) of green power in 2020, roughly enough electricity to power more than 45,000 homes for a year, according to EPA’s green power equivalency calculator.

That number is going to continue to rise in coming years as UC pushes forward on efforts to decarbonize its energy footprint and move towards solar, biogas and other clean energy sources, said David Phillips, the university’s associate vice president for Capital Programs, Energy and Sustainability.

“There’s a real sense of urgency to do all we can — as quickly as we can — to move the university away from climate warming fossil fuels and toward clean and renewable energy sources,” Phillips said. “We’re pleased to have those efforts recognized by the U.S. EPA.”

UC’s own power company is already entirely carbon neutral. It provides about one-third of all electricity purchased by UC campuses. UC is on track to have each campus and health location obtain 100 percent clean electricity by 2025.

UC launched its Carbon Neutrality Initiative in 2013 with a commitment to cutting greenhouse gas emissions from its buildings and vehicle fleet to net-zero by 2025. The initiative leverages UC’s pioneering work on climate change research and furthers its leadership on sustainable business practices.