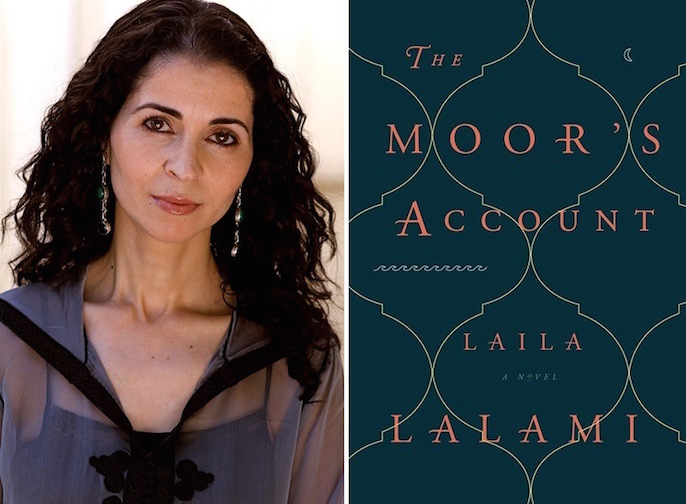 “The Moor’s Account,” a novel by UC Riverside creative writing professor Laila Lalami, has been longlisted for the Man Booker Prize, the prestigious international award for literary fiction written in English and published in the United Kingdom.

It is the second honor this month for Lalami and her work of historical fiction. “The Moor’s Account” (Pantheon, 2014) won an American Book Award from The Before Columbus Foundation on July 20.

“The Man Booker Prize is an enormously important international award, and this acknowledges Laila’s growing importance as a global writer,” said Andrew Winer, chair of the UCR Department of Creative Writing.

Lalami’s novel was named to the Man Booker Prize longlist of 13 novels announced today. The prize has been awarded since 1969 and previously was open only to authors from the United Kingdom and Commonwealth, Republic of Ireland, and Zimbabwe. This is the second year that the prize has been open to authors of any nationality, writing originally in English and published in the U.K. Previous winners include Salman Rushdie, Hilary Mantel, Iris Murdoch and Ian McEwan.

“The Moor’s Account” is one of 156 books considered for the prize. Lalami is one of five authors from the United States on the longlist and the first born in Morocco.

Michael Wood, who chaired the panel of five judges, called the submissions “extraordinary.”

“The longlist could have been twice as long, but we’re more than happy with our final choice,” he said in a written statement. “The range of different performances and forms of these novels is amazing. All of them do something exciting with the language they have chosen to use.”

The shortlist of six books will be announced on Sept. 15 at a press conference at the London offices of Man Group, which sponsors the prize. The Man Group is one of the world’s largest independent alternative investment managers. The winner will be announced Oct. 13 in London’s Guildhall, and the ceremony will be broadcast by the BBC.

“The Moor’s Account” is the imagined memoirs of the first black explorer of America — a Moroccan slave whose testimony was left out of the official record of the 1527 expedition of Spanish conquistador Pánfilo de Narváez. There were only four survivors.

The novel was named a finalist for the 2015 Pulitzer Prize in Fiction in April. It also is a finalist for the Zora Neale Hurston/Richard Wright Legacy Award, which honors excellence in fiction, poetry and nonfiction by writers of African descent. The winner will be announced during a ceremony Oct. 23 in Washington, D.C.

“The Moor’s Account” has been named a New York Times Notable Book and one of the Wall Street Journal’s Top 10 Books of the Year, one of NPR’s Great Reads of 2014, and is on the list of Kirkus Best Fiction Books of the Year.

Lalami, a professor of creative writing, joined the UCR faculty in 2007. She is the author of “Secret Son” and “Hope and Other Dangerous Pursuits.”